Speaking at the Atlantic Future Forum, Ben Wallace warned China is quickly becoming the biggest naval force in the world. Mr Wallace also declared the UK must adapt to develop its global strategy in order to halt growing threats across the world. During the event, attended by UK and US military officials, Mr Wallace declared the lines between war and peace have now become blurred due to China’s growing military arsenal.

Mr Wallace said: “China is growing the largest maritime surface and subsurface fleet in the world.

“Our competitors continue to challenge us in the grey zone between war and peace.

“In an area of constant competition, a global Britain has no choice but to step up.

“The world does not stop for our reviews, our adversaries will not halt (in) the absence of our strategies, and the UK’s defence can never be paused, in the face of financial uncertainty.” 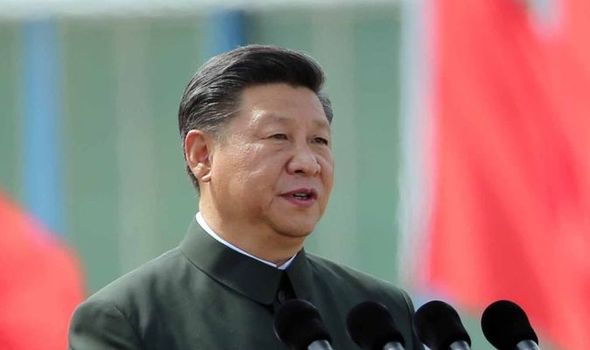 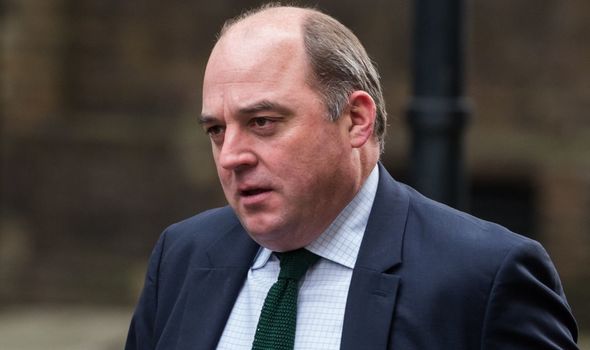 The event will take place over the next two days and was chaired by former Cabinet Secretary, Lord Mark Sedwill.

Amid the questions of China’s military power, the Ministry of Defence is set to publish its Integrated Review of Security, Defence, Development and Foreign Policy.

This review will define the Government’s vision for the UK’s military role in the next decade.

The last review was published in 2015, although according to 2019 statistics, the military has not met its recruitment statistics across the army, navy and RAF. 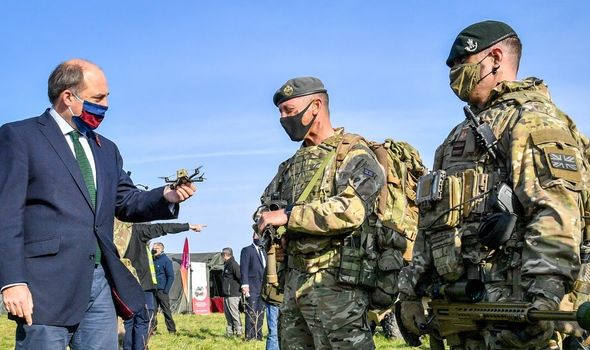 Mr Wallace’s comments also come as relations between China and the UK have hit crisis levels this year.

The removal of Huawei kit from the 5G network and imposition of the new security law in Hong Kong have both sparked tensions with China.

Following the new law – which violates the Joint UK-China Declaration on Hong Kong – Foreign Secretary, Dominic Raab called on the state to honour its international obligations. 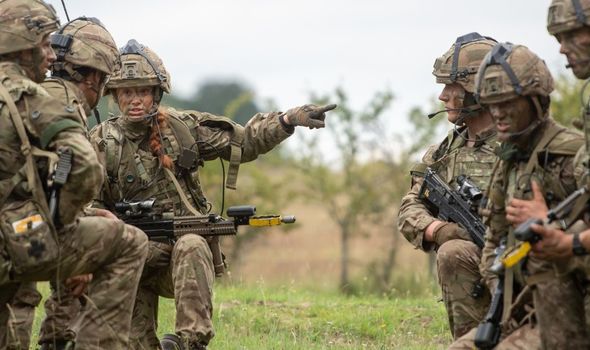 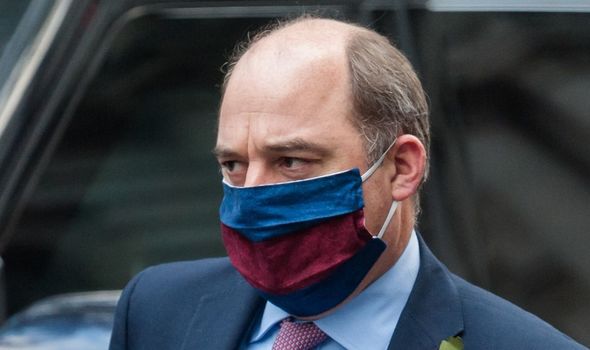 He told the Commons: “We have been clear regarding the new National Security Law which China has imposed on the people of Hong Kong.

“A clear and serious violation of the UK-China Joint Declaration, and with it a violation of China’s freely assumed international obligations.”

The Foreign Secretary also revealed the UK may boycott the Winter Olympics Games over the treatment of Uighur Muslims, which China denies.

He said there had been “egregious human rights abuses” against the ethnic minority group in the state.

He said: “In the UK, our concerns can only be growing about the reports of what’s happening in Xinjinag and we would want to work very closely with our international partners to give the most powerful message, whether it is in the UN or whether it is in applying sanctions.

“We do need to look at what action to take. 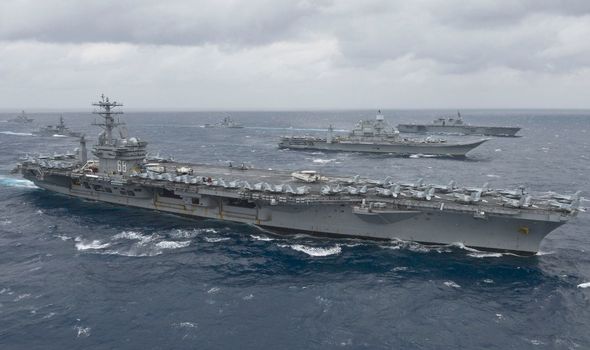 “The concerns of what’s happening to the Uighurs, the detention, the mistreatment, the forced sterilisation, is something that we cannot just turn away from.”

We will use your email address only for sending you newsletters. Please see our Privacy Notice for details of your data protection rights. It’s been…