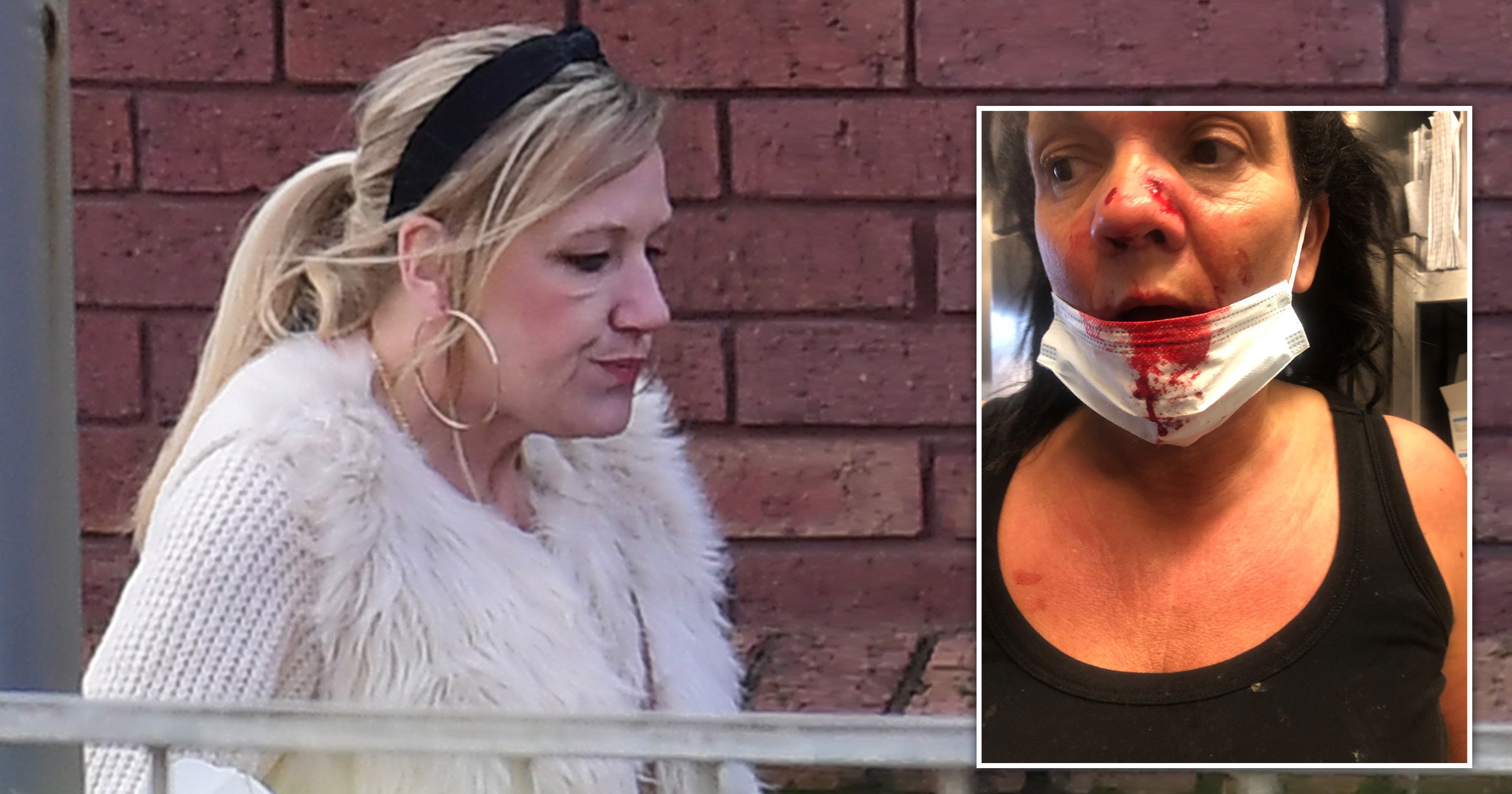 A mum-of-two has avoided jail after turning violent in a row with a chip shop owner about a missing takeaway order.

But when the order arrived at her bungalow in Well Street on April 24 last year, she claimed some of the items she paid for were not in the bag.

When she called the fish and chip shop to complain, business director Shirley Hollies delivered the extra food and left it on her doorstep in line with the coronavirus guidelines at the time.

But Mountford saw red and threw chips and mushy peas at Mrs Hollies’ back – then smashed a plate into her face.

Mrs Hollies, who has run the business for 10 years and has lived in the area her whole life, told the North Staffordshire Justice Centre: ‘We were running behind on deliveries. My daughter answered the phone and was struggling with the customer.

‘I attended the address and put the food on the step. The door was opened by the female.

‘She continued to complain and there was a male shouting about the wrong order. I felt a thud in my upper back. She threw the food.

‘I looked back and saw the defendant with a plate, she ran towards me and collided it to my nose. My face was in pain – I was heavily bleeding.

‘I said, “I’m calling the police when I’m back,” and I drove back to the chip shop. I can’t believe what happened.

‘I went to hospital and had two black eyes. I have not been able to sleep properly. My children were crying.’

Mountford had denied using the plate as a weapon and claimed she was acting in self-defence after Mrs Hollies attacked her.

But after a trial she was convicted of assault occasioning actual bodily harm.

The court was told Mountford had been a victim of domestic violence in the past and was made homeless back in 2002.

Janice Sain-Reiners, mitigating, said: ‘She’s not managed to get her mental health on track. She has been to her GP. In She is unable to work.

‘She’s sorry it had occurred. She was on antidepressants at the time and she had one pint – the tablets tend to make her slurred.’

He said: ‘You seemed to have reacted in a disproportionate and shocking way to what seemed like a minor complaint about food.

‘You attacked the victim. You smashed a plate into her face.

‘You have been a victim in the past. You have physical health and mental health difficulties. You need to stick to this order. I have given you a chance.’

Mountford was also given a 15-day rehabilitation activity requirement and was ordered to pay £300 in compensation to Mrs Hollies, plus £200 costs and a £128 victim surcharge.

It is not the first time recently customers have turned violent over a takeaway. Shockingly, a Subway worker in the US was killed and another injured after an argument broke out over mayonnaise.