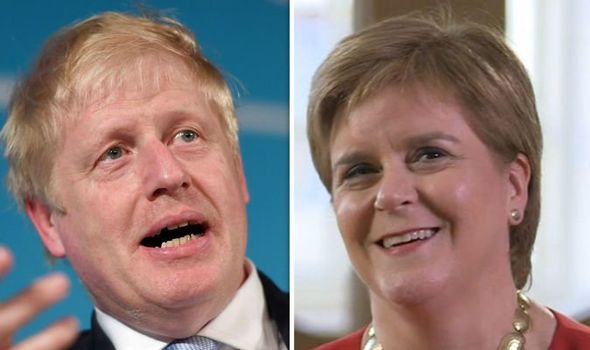 The Scottish First Minister criticised Mr Johnson by claiming the possibility of him as the next leader “gives you a sense of how out of kilter the whole UK political system has become”. Ms Sturgeon made the comments during BBC Newsnight, which was being broadcast from Edinburgh. She told the show she did not endorse either candidate.

When asked who she would choose, she added: “With the greatest of respect that’s asking me if I’d prefer to be run down by a lorry or a bus.

“I think both of them in different ways would not be good for Scotland. I don’t think that any Tory Prime Minister who actually doesn’t have a mandate from Scotland is a good thing for Scotland.

“Don’t take this as an endorsement of Jeremy Hunt because I don’t endorse Jeremy Hunt – but I look at Boris Johnson right now, and I find it really difficult to get my head around how any rational person could seriously contemplate putting him into the highest political office in the UK.

“And the fact that the Tories appear very seriously to be contemplating doing that I think gives you a sense of how out of kilter the whole UK political system has become and how out of touch the Tories are with mainstream opinion in Scotland.” 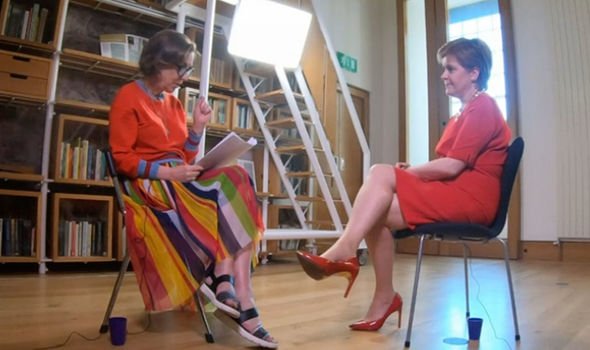 The Scottish leader was also quizzed about whether Mr Johnson or Mr Hunt claiming the top post could aid her dream of seeing Scotland gain independence.

She claimed that she did not “want bad things to happen to the UK”.

He said he “was not fit for office”. 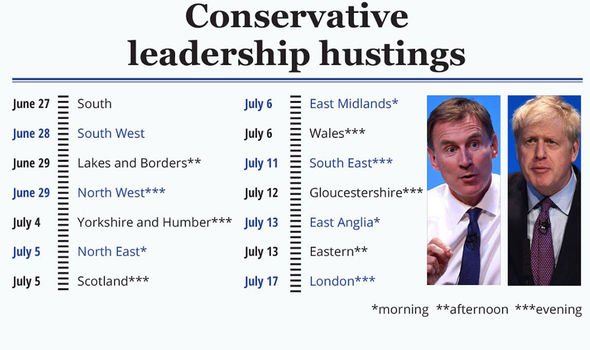 Ms Sturgeon agreed with Mr Blackford, adding: “I don’t know what’s in Boris Johnson’s head when he makes the overtly racist comments that he makes so I don’t know whether he’s just doing it for headlines or whether it reflects actual sentiment on his part.

“But if you make overtly racist comments like the comments he made about Muslim women, you can’t then throw your hands up in horror when people call you a racist, because that looks as if that’s what you are.”

The winner of the leadership race will be announced on July 22.

Tory members are set to begin casting their votes for who they want to succeed Theresa May in the coming weeks.