The Prime Minister also unveiled measures to curb the current spike of infections in a desperate attempt to avoid another national lockdown. He vowed: “If everything comes together, it may be possible even for challenging sectors like theatres to have life much closer to normal before Christmas.” Addressing the nation from Downing Street yesterday, he added: “In the near future, we want to start using testing to identify people who are negative – who don’t have coronavirus and who are not infectious – so we can allow them to behave in a more normal way, in the knowledge they cannot infect anyone else.”

Testing is likely to take the form of new swabbing and saliva checks, which show the results in as little as 20 minutes.

Mr Johnson said: “Crucially, it should be possible to deploy these tests on a far bigger scale than any country has yet achieved – literally millions of tests processed every single day.

“Our plan – this moonshot that I am describing – will require a giant, collaborative effort from govern-ment, business, public health professionals, scientists, logistics experts and many, many more.

“Work is under way and we will get on at pace until we get there, around the clock.”

He conceded it was “too early to say” whether big family get-togethers will be permitted at Christmas. Among new restrictions announced yesterday for an unspecified time period are bans on gatherings of more than six people from Monday.

Fines for breaking Boris’s “Rule of Six” will start at £100 for the first offence and could rise to £3,200 for persistent offenders. 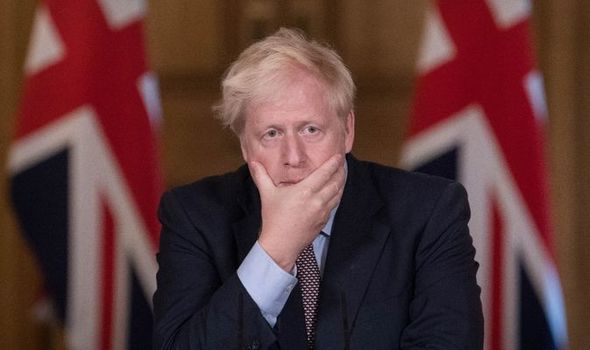 Mr Johnson said of banning large gatherings: “I am sorry about that and I wish that we did not have to take this step. But, as your Prime Minister, I must do what is necessary to stop the spread of the virus and to save lives.

“Of course I don’t feel comfortable about it. It breaks my heart to have to insist on these restrictions upon individuals, upon families, grandparents.” His other new rules include pubs, restaurants and cafes having to record customers’ names and addresses by law for possible contract tracing.

Plans to reopen sports arenas and other large public venues are also being reviewed.

Simplified rules for people travelling overseas are on the way too – including having them register where they will be staying on their return before they are allowed to embark on a trip.

A 10pm curfew on pubs, restaurants and other venues could also be extended from Bolton, which is under a local lockdown.

And councils will get Government assistance to recruit marshals to ensure social distancing measures are enforced in town and city centres.

Mr Johnson explained that ministers were responding to requests from the police and the public for simpler coronavirus rules. He said: “I know that over time the rules have become quite complicated and confusing.

“In response, we are simplifying and strengthening the rules – making them easier for you to understand and for the police to enforce.” He held the press conference after data showed a rise in cases from 12.5 per 100,000 people to 19.7 in the last week. 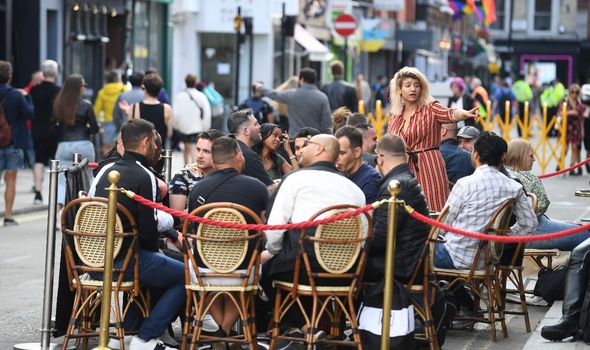 Mr Johnson said: “With the best will in the world, people have not, I’m afraid, been totally following the guidelines.

“I certainly don’t want to blame people but now is the time for us to focus, to concentrate and to enforce the rule of six.”

However, he insisted his crackdown was not a national lockdown, saying: “The reason we’re doing this is precisely because we want to prevent a wider lockdown, wider damage to the economy.

“The more decisive action we take now, the nearer the day when we are able to allow grandparents and others to meet each other in a way that they would want now.” 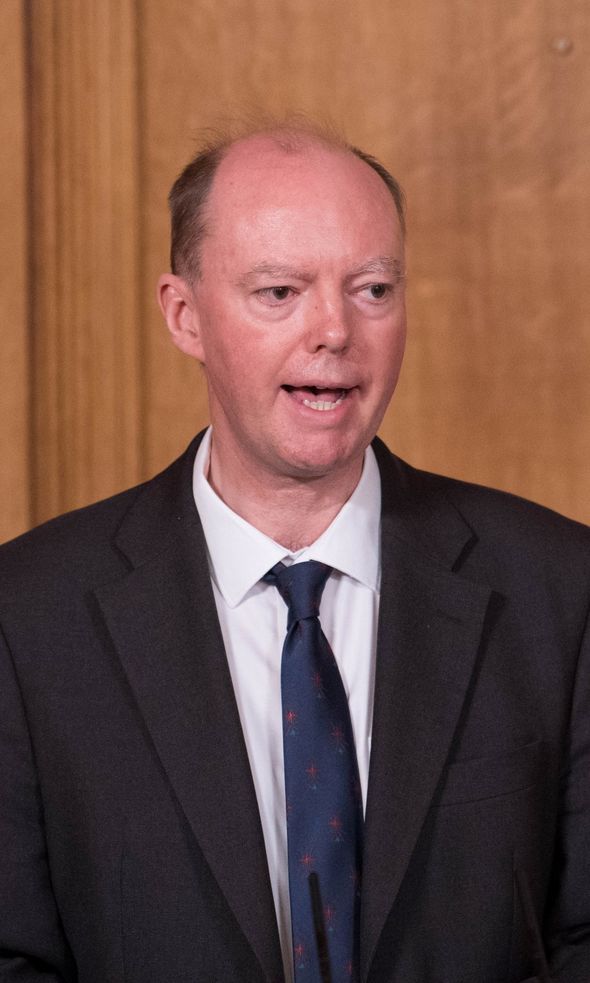 Standing next to him were Chief Medical Officer Chris Whitty and Chief Scientific Adviser Sir Patrick Vallance. Prof Whitty said: “The period over autumn and winter, which is the period when all respiratory viruses have an advantage because people crowd together, more things are done indoors, it is going to be difficult.

“I think in terms of the existing restrictions, people should see this as the next block of time that may not last for many months, but it is very unlikely to be over in just two or three weeks.

“Putting an exact time on it is, I think, very difficult.” Meanwhile Sir Patrick said there was a “reasonable chance” a vaccine will become available next year.

Of 200 projects around the world, six were in the final stages of testing, he said, with the first results expected before the end of 2020.

He added: “Many of these vaccinations are showing the right immune response.

“Hopefully before the end of the year we will get some indications that some do work and have the right safety profile.

“I think there is a reasonable chance that therefore we can think about the possibility of vaccination next year at larger levels.”