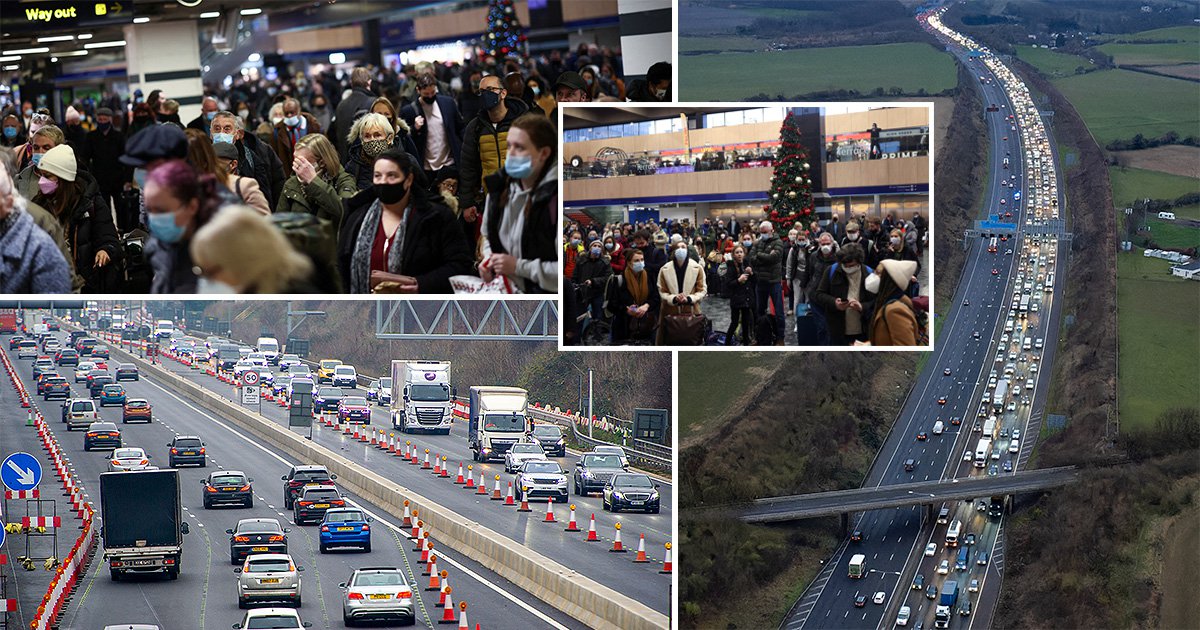 A double-whammy of train cancellations and motorway congestion has hit much of the UK as the Christmas rush swings into full force.

Several miles of the M25 were at a standstill on Thursday afternoon due to a lane closure and broken-down vehicle anti-clockwise, while large stretches of the M4 affected by the temporary 50mph limit saw traffic moving at a snail’s pace.

Many rail operators are already running reduced timetables as nearly one in 10 workers are absent due to sickness or self-isolation driven by the surge in Omicron infections.

On top of that, swathes of the network are disrupted by technical issues.

The Midlands main line between Sheffield, Derby, Nottingham, Leicester, Bedford and London St Pancras is experiencing cancellations and delays due to a points failure near St Albans.

Train cancellations across TfL services forced the part-suspension of the Bakerloo line and delays on the rest of that line plus the Central, Circle and Hammersmith & City lines.

TfL Rail passengers face severe delays between Liverpool Street and Shenfield following a trespasser on the track earlier in the day.

Thameslink said train cancellations along the line are also being fuelled by ‘staff sickness due to Covid, the side effects from booster jabs and seasonal illnesses’.

It warned that services may continue to be cancelled or amended at short notice.

Meanwhile, LNER has cancelled or amdended a number of services between London, Leeds and Lincoln, including one service to Skipton scrapped with two hours’ notice due to a lack of train drivers.

The company said more trains will be affected on Friday and is allowing affected customers to board any LNER service ‘within 24 hours of their cancelled train, with their original tickets for no extra cost’.

Avanti West Coast services between Stockport and Manchester were hit by blocked lines, with the company warning of further short-notice cancellations due to staff shortages.

Passenger have been told to avoid CrossCountry trains on Christmas Eve due to strikes resulting from a dispute over train guards.

A very limited timetable will be run, while tickets bought for Friday can be used on Thursday.

A TfL spokesperson said: ‘Like many businesses and organisations around the country, we are experiencing the effects of the pandemic with a number of staff ill due to Covid or self-isolating.’