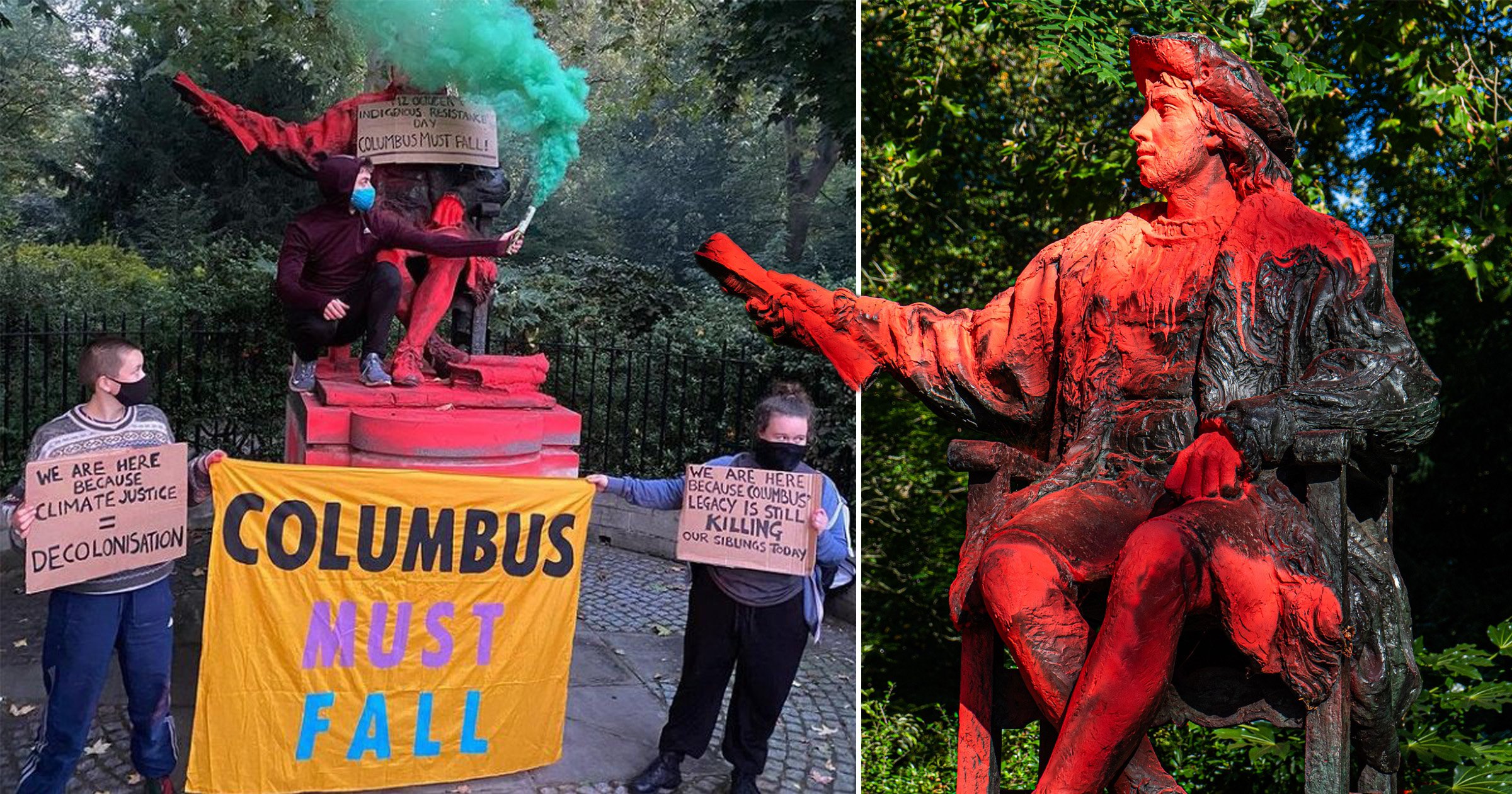 A bronze statue of Christopher Columbus in London has been doused in red paint by teenage activists from Extinction Rebellion.

The figure of the 15th Century Italian slave trader, which sits on the edge of Belgrave Square close to Buckingham Palace, was seen defaced on Tuesday.

Members of XR Youth Solidarity, who campaign for the rights of indigenous people and decolonisation, posed for a photo with the statue holding a large yellow sign that read ‘Columbus must fall’.

The monument was also marked with a red cross over the inscription commemorating his life.

Metropolitan Police officers were called to the scene of the incident just after 7am and arrested four people on suspicion of criminal damage, who were taken into custody.

Activists called on Sadiq Khan to follow the lead of Kim Jane, the mayor of Boston and the first black woman to hold that position, who declared Columbus Day as Indigenous Peoples Day instead in Boston just two days ago in an immediately controversial move.

XR Youth Solidarity urged the London Mayor to honour Indigenous People’s Day, which took place on Monday in the US, by removing the statue from Belgrave Square.

In June last year, Mr Khan launched a ‘diversity commission’ to investigate which statues in the capital should be retained and which new ones should be erected to represent the achievements of all Londoners, especially black and minority ethnic Londoners.

The move was announced after the toppling of the statue of slave trader Edward Colston in Bristol during protests following the death of George Floyd at the hands of police in the US.

Like other statues and memorials to Columbus around the world, it has been criticised by people who highlight his participation in the international slave trade and his treatment of America’s indigenous peoples.

Metro.co.uk has contacted the Mayor of London for a comment.