More than a century on from the first commemoration, today’s Remembrance Day is an opportunity to pay respect to every member who has served in the Armed Forces, including those who gave the ultimate sacrifice. Some families will never know the true role their relatives played, especially during World War 2, when a select few were chosen to go one step further to protect the UK but swore to never speak of it. One such group were the Auxiliary Units – specially-trained, highly-secret brigades created under the orders of Sir Winston with the aim of using irregular warfare to combat Adolf Hitler’s plan to invade Britain ‒ codenamed Operation Sea Lion by the Nazis.

And the Coleshill Auxiliary Research Team (CART) have now discovered evidence of another division known as the Special Duties Branch – groups of civilian volunteers who were trained as spies.

Spokesman for the researchers Andrew Chatterton told Express.co.uk: “The Auxiliary Units and the Special Duties Branch went to the grave without telling anyone what they did. They took the Official Secrets Act very seriously.

“The Auxiliary Units were the operation side, they were trained in sabotage and guerrilla warfare, they would come out only once the Germans came into their area and assassinate high-ranking officials.

“Special Duties were very different, they were essentially civilian spies, they would be highly trained to walk through the village, look at the German formation – what weapons they had, how many there were and what direction they were heading. 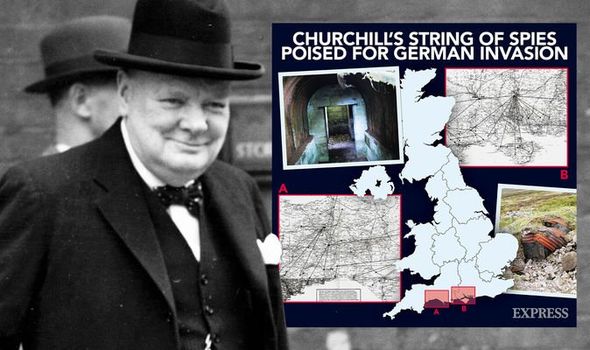 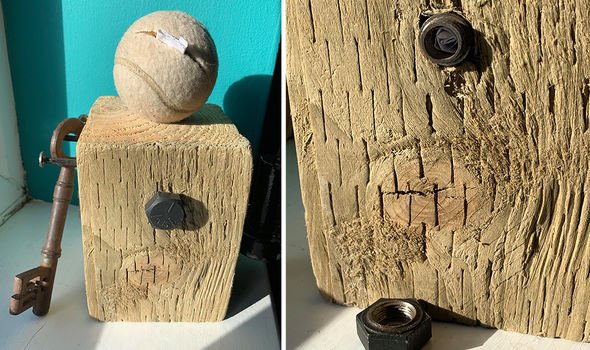 “They would write it down in code and leave it at a dead letter drop – we have seen an example of a gate in Dorset where if the horseshoe was the right way up there was no message, but the other way around and there was.

“Inside there was a bolt and inside that was a message.”

Papers show that the militant branch was set up in 1940 and a year later wireless transmitters were brought in to speed up the passage of the messages.

Pre-war radio amateurs were recruited into the Royal Signals to design and build the sets and Mr Chatterton explained the various ingenious tactics used, including the vital role of the Auxiliary Territorial Service (ATS), which was the women’s branch of the Army.

He added: “There would be a number of messengers, runners, who would deliver it along various drops and it would end up at a civilian wireless operator who tended to be people who wouldn’t attract attention during the occupation, so doctors, vicars and vets. 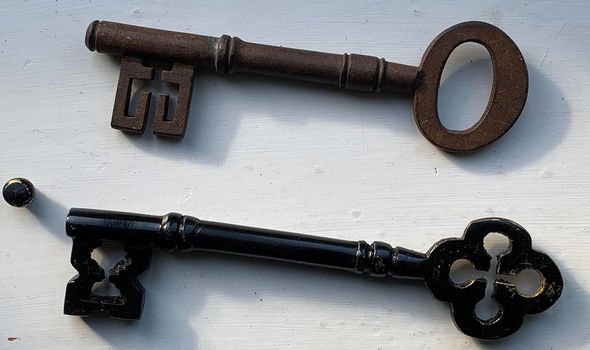 “We’ve found evidence of these wireless sets in the lofts of pubs, surgeries and pulpits.

“They would get the message and radio it on to ATS girls who were in secret bunkers with a couple of chambers – one for living, one with a wireless set in.

“They would then send the messages on to high command, so we think they may have gone to Reigate Hill.

“During the Blitz it was chaos and no one knew where anyone was and where they were going, this was trying to encourage people to stay behind and be useful.”

No comprehensive record of the Special Duties’ network or personnel exists. 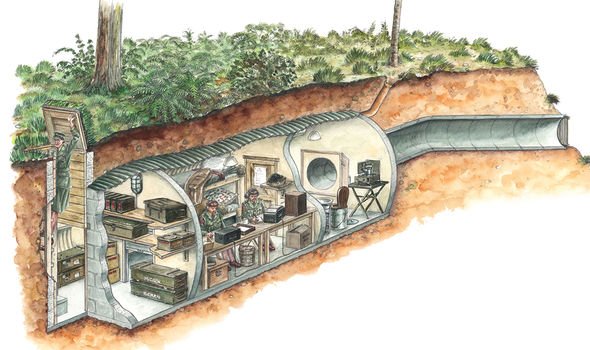 A report was written by Major R.M.A Jones in June 1944 and states that there were 233 wireless stations.

There were said to be 3,250 men and women involved but none of the participants have come to light.

Mr Chatterton explained how the teams were trained up in preparation for a German invasion, but also played a key role in the overall war effort.

He added: “The Auxiliary Units came out of two areas, one was the military intelligence research, but at the same time SIS (Secret Intelligence Service) and MI6 were doing something similar.

“Eventually the two got amalgamated, but they never knew anything about each other, even though it would have been useful.

Do YOU have information about the Special Duties Branch? Contact [email protected] 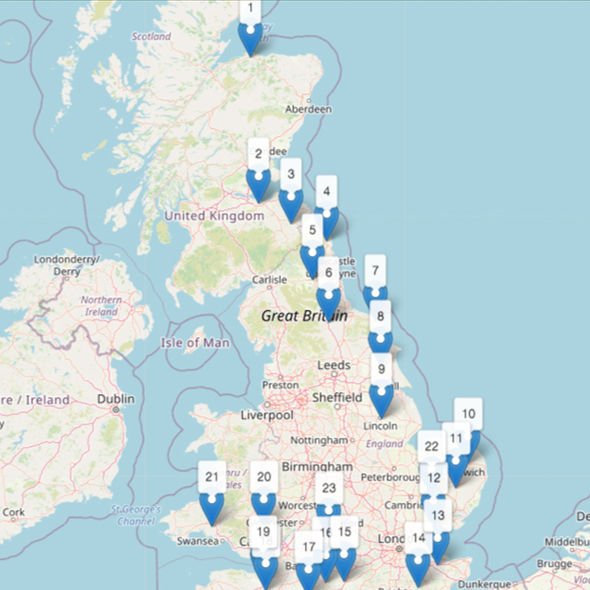 “Loads of training took place, especially with the ATS girls in bunkers, they took part in lots of training.

“They recruited kids too – girl guides and scouts who studied leaflets on different German formations and had to train.

“Some of the radio transmitters were used as part of Operation Fortitude to send fake radio signals to the Germans.”

The CART team has started gathering information based on first-hand accounts, documents and through uncovering bunkers, allowing them to begin mapping out the network.

The maps show an astonishing level of detail, given the secretive nature of the operation and how little the CART team has to go off.

Photos show evidence of two bunkers recently found in Wales, as well as a diagram detailing what a typical Special Duties set up would be.

The team now hopes more people will come forward to build a better picture of the network. 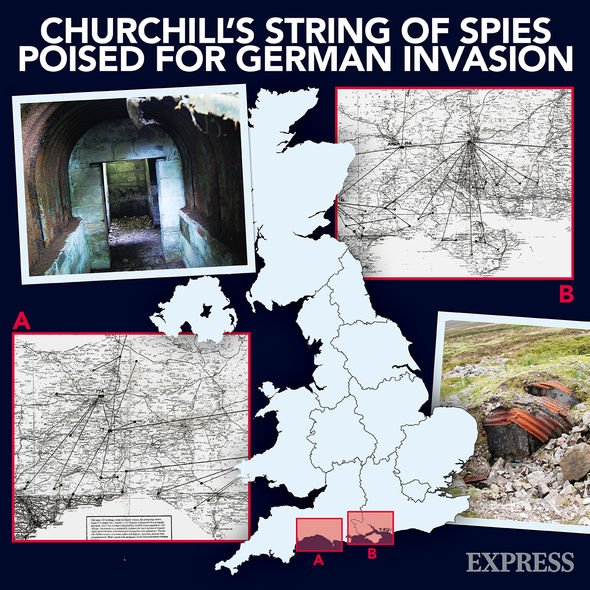 Mr Chatterton explained: “Their bunkers can be found around the country in similar places to the Auxiliary Units – the areas considered at risk from invasion.

“Scotland, the East Coast, the South-East corner, the South Coast and South Wales.

“It’s even more secret than the Auxiliary Units, not many people have stepped forward to say they were part of it, we have seen a few wireless operators and ATS girls.”

Mr Chatterton explained how both the Special Duties branch and the Auxiliary Units were ready to put their lives on the line to save the UK.

And he believes they would have been successful. 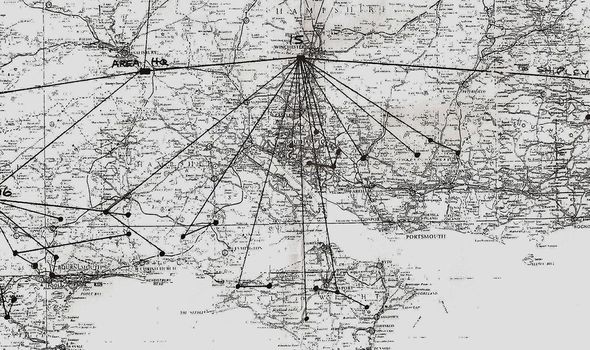 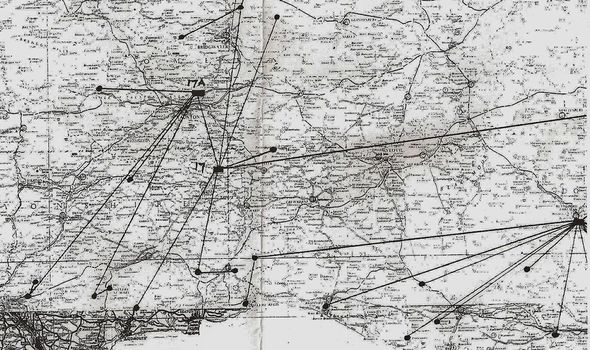 He concluded: “The Aux Units had no doubt that they were not there for a long time, their life expectancy was two weeks and they would have done as much damage as possible and caused chaos.

“The Special Duties would have done a good job, they weren’t there for a long period of time, I think most of the runners were quite aware they would be caught at some point.

“But for that short period once the invasion started and before the occupation, they would have played a crucial role in delivering information to make all the difference.

“That was the advantage we had because we weren’t invaded early on, we had time to prepare, we were ready unlike France, we were in a much better position.”