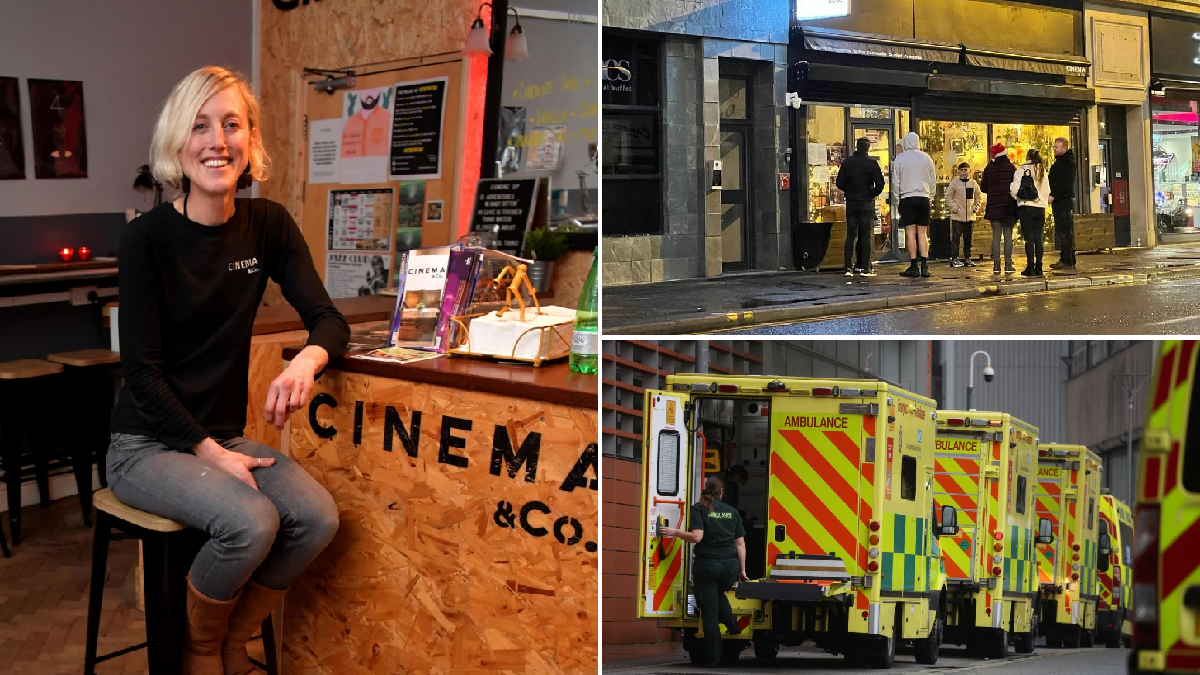 A cinema owner has been fined £15,000 for defying a court order and showing a conspiracy film that claimed NHS workers were deliberately killing elderly patients.

Anna Redfern, 45, was ordered to close The Cinema & Co movie house in Swansea after repeatedly refusing to check vaccine passes.

But she reopened to host the ‘world premiere’ of a ‘dangerous’ film created by the family of conspiracy theorist and former TV presenter David Ickie.

A Good Death made a series of unfounded allegations – including that NHS doctors and nurses ‘were deliberately setting out to murder patients strictly in order to push up the numbers of the Covid pandemic’.

It comes as ‘exhausted’ health workers give up their days off to deal with soaring Omicron cases, following two years of relentless hard work.

Redfern described the film as ‘eye-opening and told the Icke family it would be a pleasure to disseminate what she claimed was ‘real information’.

But the accusations in the film have been labelled ‘completely false’ and ‘pernicious’ by fact-checkers at the Center for Countering Digital Hate (CCDH).

Redfern, who was fined £15,000 for contempt of court, told BBC Wales, ‘If the BBC has any concerns regarding the content of the documentary’s premiere we screened A Good Death? I suggest that they discuss them with the production company.

‘Firstly, Cinema & Co does not practise censorship. Secondly, caring for my mother at the end of her life and reflecting upon my own mortality, I have given a great deal of consideration as to what constitutes a ‘good death’ and found the film very thought provoking.’

Callum Hunt, head of research at CCDH, said: ‘What is really dangerous about the film that the Icke brothers have put together and put on at this cinema in Swansea is that it is painting hardworking NHS doctors and nurses as deliberately setting out to murder patients strictly in order to push up the numbers of the Covid pandemic, which is a complete reversal of what’s actually going on in the NHS.

‘I think this is a fairly typical piece of conspiracy theory propaganda about Covid, in that it took real moving stories about people who’ve lost loved ones during the pandemic, but then tried to turn it to the purpose of conspiracy theories by claiming that they have been deliberately killed in order to push up the numbers of people dying with Covid.

‘That was what was particularly pernicious and dangerous about it.’

It comes after Facebook, Twitter and YouTube suspended Mr Icke, who claims the Royal family are shape-shifting lizards, after he posted a series of Covid-related conspiracy theories in 2020.