Seventies London was awash with criminal activity. Armed robbers regularly intercepted Securicor vans that ferried wages to the City of London’s businesses and organisations. While the Metropolitan Police patrolled London at large, the City, or the Square Mile, had and still has its own force, the City of London Police.

Yet, armed robbers seemed to be mostly getting away with their criminal activities.

It would later transpire that the City of London Police was filled with so-called ‘bent coppers’, the title of a new BBC documentary about police corruption in the capital fifty years ago.

Large amounts of money were involved in the robberies: the world’s financial centre was slotted into the Square Mile, as well as the UK’s national press on Fleet Street.

The scale of corruption was finally exposed due to three major armed crimes in which no one was ever convicted.

The BBC’s ‘Bent Coppers’ marks a chilling parallel and inspiration for its popular drama, ‘Line of Duty’. 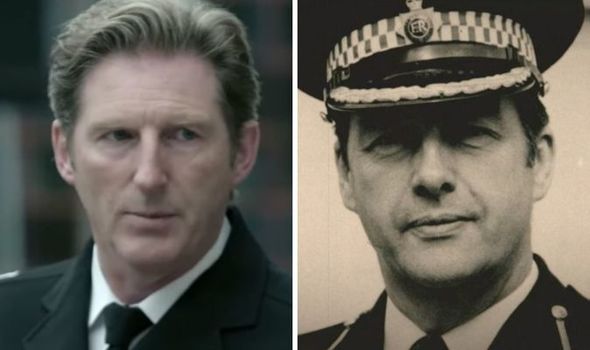 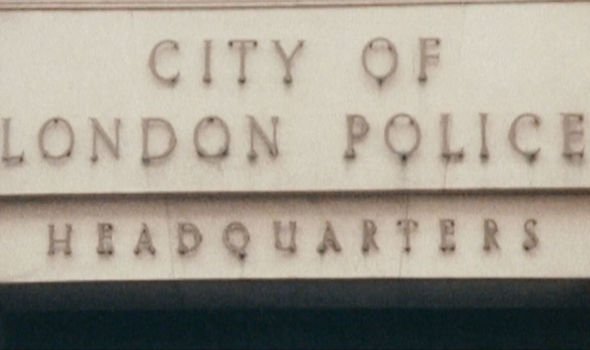 The first crime was an armed robbery at the Daily Express in 1976, where four men in wigs and glasses burst into the newspaper’s offices and stole the £175,000 payroll.

The following year in September 1977, a security van was attacked while delivering £520,000 to Williams & Glyn’s bank.

The driver was shot in the leg and the robbers lost £200,000 after they switched vehicles and dropped cash on the street.

Six suspects were charged in connection with the bank job but were shortly released.

They went to court and were bailed despite being dangerous criminals and posing a substantial risk to the public.

JUST IN: People with unapproved Russian and Chinese jabs should not visit UK 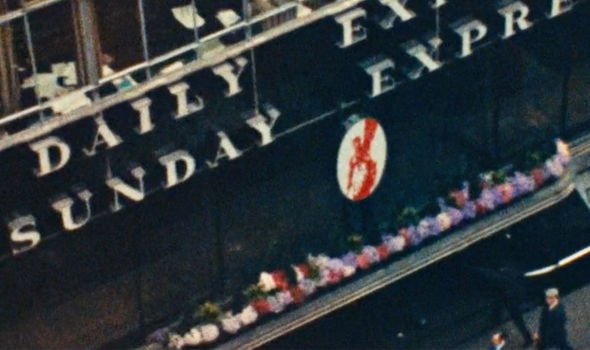 The ultimate robbery came at the Daily Mirror’s offices in May 1978, when the newspaper’s payroll was stolen, as a group of armed robbers attacked guards unloading cash out of a Security Express van.

One of the Mirror’s security guards, Tony Castra, fought back, but was shot at point blank range just below his heart.

While this was happening, every CID officer on duty had been called to attend a “scenes of crime” lecture.

Speaking during the documentary, Derek Smith, a former City of London Police inspector, said it was “very odd” and the first time such a lecture had taken place.

He claims that Commander Hugh Moore – one of the City of London’s highest ranking officers – was handed a note during the talk.

Mr Smith said Mr Moore looked over to one of the “snarking” officers near him and announced there had been an armed robbery at the Daily Mirror building, near to where they were supposed to be patrolling.

He said: “Our sergeant kicked a chair towards the Commander and he just laughed at us.”

Officers were quick to the scene but it took two weeks before just two suspects were arrested, one of whom was already on bail for a bank raid. 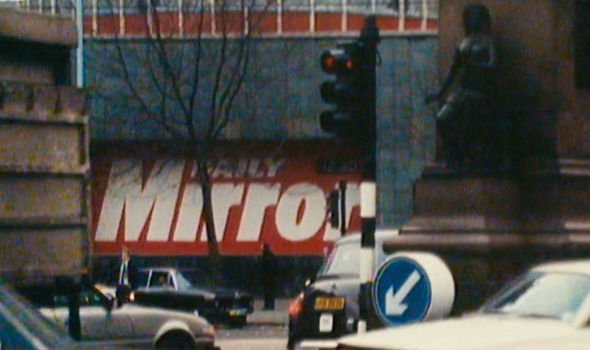 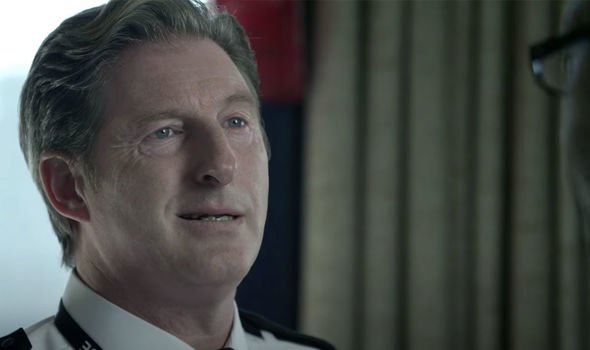 One was charged with murder and another was a seasoned criminal acquitted of robbery on four separate occasions.

Investigative journalist Martin Short said: “People were getting arrested but they were getting bail and the evidence against them appeared to be getting watered down. Rumours began to circulate that deals of some sort had been done.”

John O’Connor, CDR Met Police, also speaking during the documentary, said: “Someone had been shot. How did you get bail on something as serious as that? That is really ringing the alarm bells.”

In total, eight men were arrested in connection with the three armed robberies. 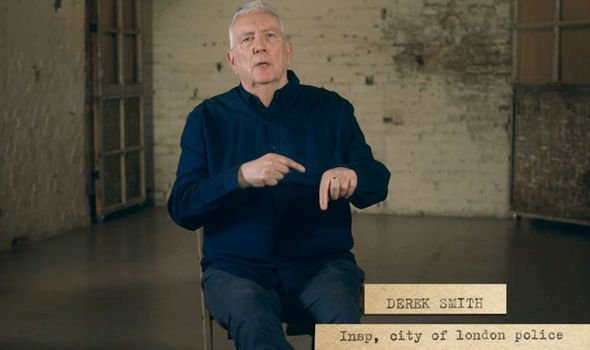 All the charges against them were dropped, however.

An outside force came into London to investigate rumours of a network of bent coppers, called Operation Countryman.

It saw officers from Dorset and later on other regional police forces corroborating evidence against some of both the City of London and Metropolitan Police force’s most senior officers.

Commander Moore denied all the allegations made against him recorded on a secret tape by a ‘super grass’, DCI Phil Cuthbert, who then claimed he was drunk at the time. 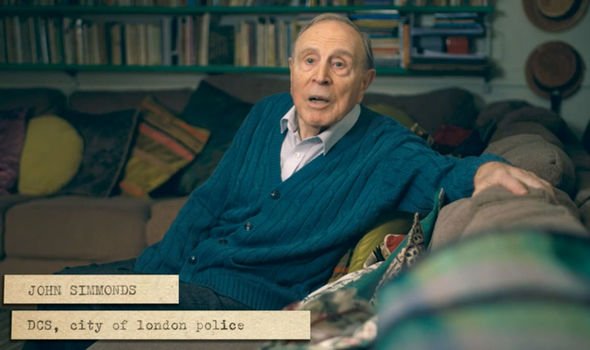 DCI John Simmonds obtained the recordings and previously served A10, the anti-corruption department of the Met which the fictional AC-12 in Line of Duty is based on.

Talking about Mr Cuthbert’s confessions, he said: “I think he was panicking having been told by Hugh Moore that this big inquiry was going to go down and Cuthbert was going to be on his own and be the fall guy, the man blamed for all that had gone on.”

Mr Cuthbert later went on trial at the Old Bailey and was given a three-year prison sentence for conspiracy to obtain bribes and corruptly presenting evidence.

He was one of only two officers to be locked up as part of Operation Countryman.

Mr Moore, the third highest ranking officer in the City of London Police, was never prosecuted.