The first mixed-sex civil partnerships have taken place following a change to UK law, with the couple who had led the legal battle calling it a “unique, special and personal moment”.

Thousands of couples are expected to tie the knot on New Year’s Eve, a month after the legal change approved by Theresa May’s government came into effect. 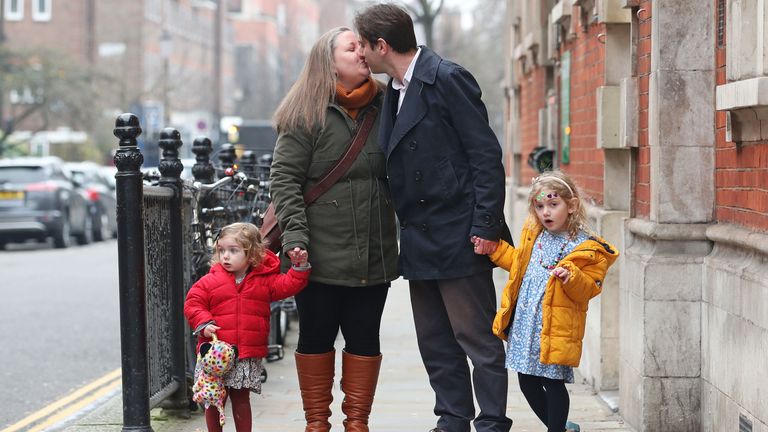 It is the earliest date the ceremonies could be held due to the 28 days’ notice required to register their intent for a civil partnership.

It means that heterosexual couples will be able to enter into a mixed-sex union, but without becoming husband and wife.

It has been eligible for same-sex couples since 2005, allowing campaigners to successfully argue that denying a mixed-sex couple the same right was discrimination.

A couple who led the change – Rebecca Steinfeld and Charles Keidan – signed their civil partnership registration at Kensington and Chelsea Register Office at 10.30am.

Speaking after the ceremony, Ms Steinfeld, 38, told reporters: “Today, as one decade ends and another dawns, we become civil partners in law.

“Our personal wish to form a civil partnership was rooted in our desire to formalise our relationship in a more modern way, focus on equality, and mutual respect.

“So today is a unique, special and personal moment for us, a moment that we’ve been able to affirm our love and commitment to one another in the company of our beautiful children, Eden and Ariel, and close friends.

“And have that love and commitment given legal recognition in a way that best reflects who we are, what we love and the life we value.” 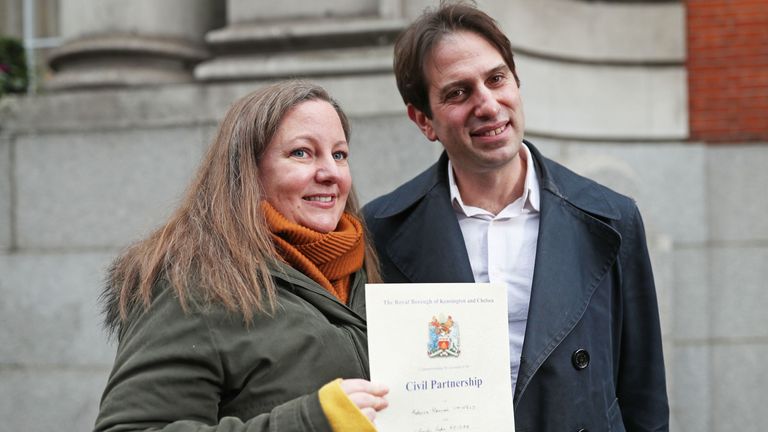 The couple won a legal bid to enter into a mixed-sex union at the Supreme Court in 2018, following a five-year legal battle.

Mr Keidan, 43, acknowledged their achievement, saying they succeeded “against all odds”, but said it came at a cost to their mental health which had “suffered”.

The academics, who live in Hammersmith, west London, suffered defeat at the Court of Appeal in 2017, before being given the go-ahead by the Supreme Court a year later.