The group said 35 of its supporters are involved, some of whom were seen vandalising petrol pumps.

It said the action began at 7am at Cobham Services in Surrey and Clacket Lane Services, Kent.

The activists sabotaged petrol pumps by smashing display glass and covering them with spray paint.

Coventry student Nathan McGovern, 22, is among those taking part. He said in a statement: ‘The world’s most vulnerable are dying from a fossil-fuelled nightmare right now, whilst our government proposes to drill for more oil and gas.

‘I refuse to stand by and watch as heatwaves and drought murder people across the global South and families in the UK are forced to choose between eating and heating.

‘If politicians and bureaucrats refuse to act then it falls on ordinary people to do what they will not.’ 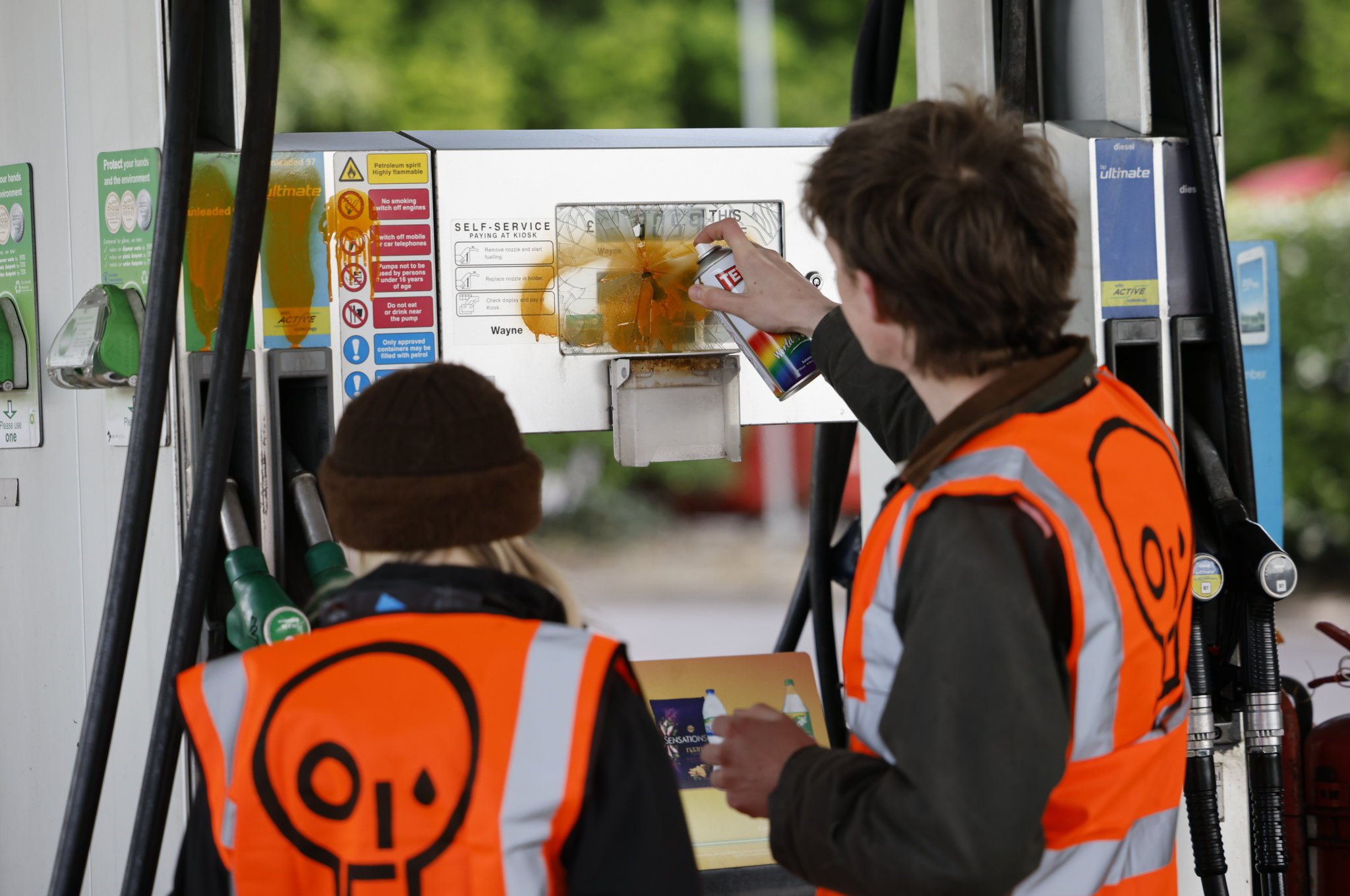 It comes the days after 10 protesters were arrested outside Kingsbury oil terminal and accused of flouting a court injunction.

In a Twitter post, a spokesperson said: ‘We will stop when the government says it will stop drilling for new oil & gas.’

The group has carried out a series of blockades of fuel terminals in south-east England and the Midlands since April 1.

It’s the latest in a wave of disruptive protests to hit London and the South East in recent months.

Campaigners from a group called ‘Axe Drax’ sprayed the headquarters of the Department for Business, Energy and Industrial Strategy, calling for an end to funding for energy stations which burn wood.

One protester was seen standing above the entrance to the Victoria Street building with a lit flare and a banner reading ‘stop burning trees’.

At least two people were arrested, according to the Metropolitan Police.