A man had to be stretchered down a mountain in the Scottish Highlands after injuring his leg during an avalanche, rescuers have said.

The climber suffered a “lower leg injury during an avalanche” at Coire an t-Sneachda in the Grampian Mountains on Saturday, Cairngorm Mountain Rescue Team said on Twitter.

He was part of a group who “were able to self-rescue down to the floor” of the mountain where “they were met by the team and stretchered back to the ski area”. 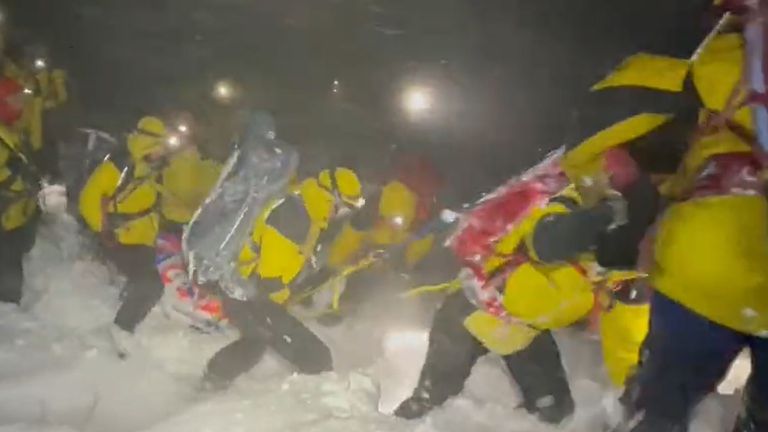 “Multiple reports of avalanches in Coire an t-Sneachda this afternoon”, rescuers warned.

Scotland and parts of the north of England are still suffering the effects of Storm Arwen, which has left thousands of homes without power or hot water for more than a week.