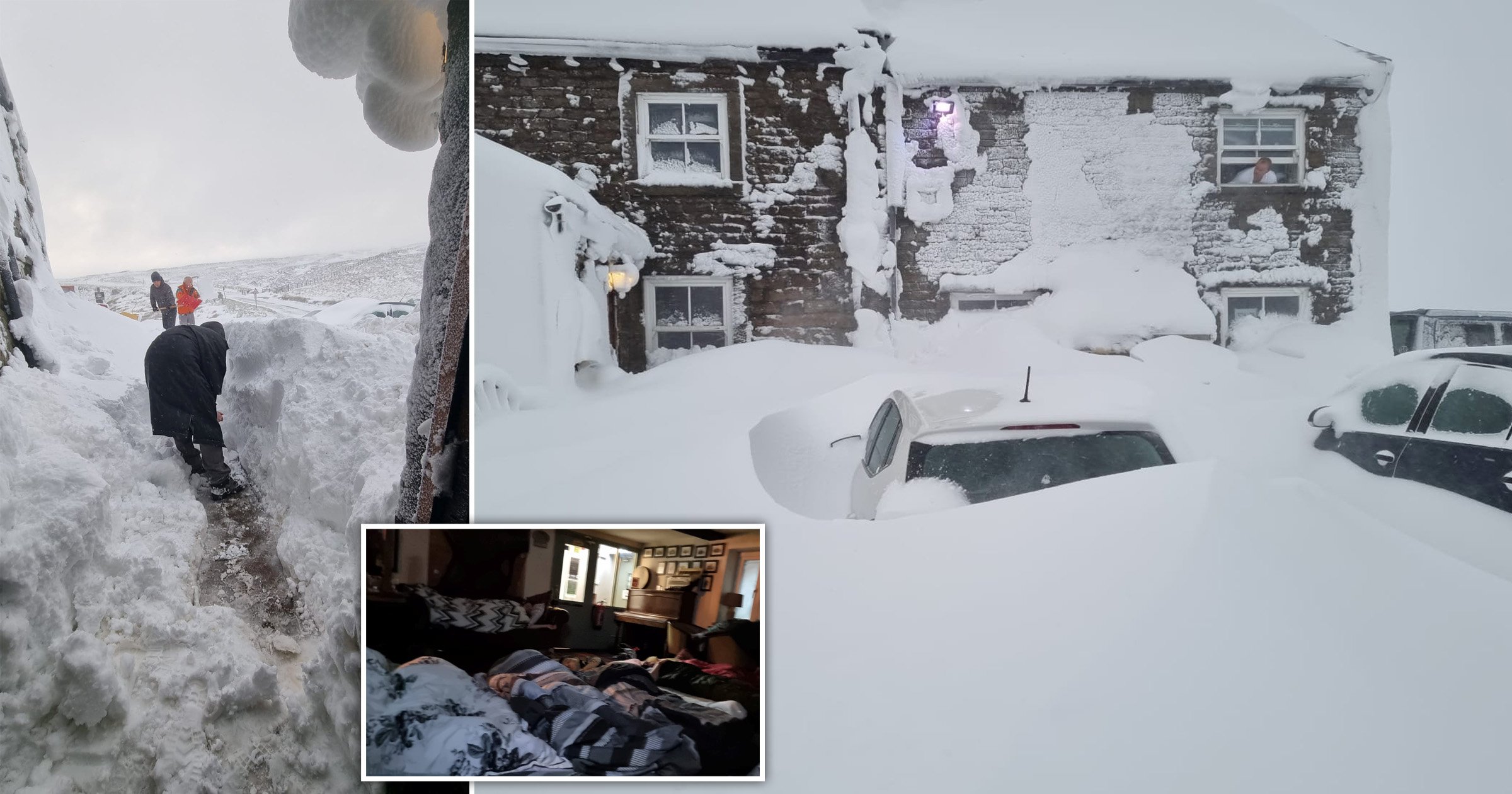 Temperatures could plummet to as low as -10°C in parts of the UK on Sunday evening, in conditions forecasters are warning will make for the ‘coldest night of the season’ so far.

Snow and freezing conditions are continuing to hit the UK in the aftermath of Storm Arwen.

Yellow weather warnings for ice and snow are in place across parts of the UK until Monday, with the mercury falling below zero in many areas, including London, where it could be -2°C on Sunday night.

The Met Office has warned of a risk of ‘wintry showers and icy stretches’, with warm clothing set to be needed as the country shivers in the first long cold snap of the season.

It added that people should expect to see ‘icy patches’ on roads and pavements, meaning accidents and slips and falls are ‘more likely’.

Many parts of the country were already frozen overnight, with Shap in Cumbria hitting -6.4°C.

The Met Office said it would be a bitterly cold and frosty start to the day on Monday, with showers affecting eastern coastal areas.

Gusts of almost 100mph also saw transport disrupted, power cuts and damage to buildings, while lorries got stuck and snowploughs were needed in a number of areas.

Icy blizzards in the Yorkshire Dales meant around 50 people were forced to bed down overnight at the Tan Hill Inn, because snow swept in and buried their vehicles.

Many had travelled to the remote pub in Richmond to watch an Oasis tribute band called ‘Noasis’ perform on Friday night.

But by 9pm it became clear that nobody would be able to make the journey home and many had to sleep in makeshift beds on the floor of the bar.

When they awoke on Saturday morning the pub – which is 1,732ft above sea level – was buried in parts under snow drifts.

Owner Mike Kenny said then: ‘No one is going anywhere yet. The police advised we all stay out for now. Our snowplough is snowed in!’

The 17th Century pub is around 10 miles from the nearest main roads, but the lanes leading to it had been blocked by snow or fallen power lines.

Summing up the damage caused by the first named storm of the season, the Met Office said the strong winds and a mixture of rain, sleet and snow led to ‘powercuts, transport disruption, trees fell, there were large coastal waves and blizzards affected some hills.’