Speaking on the show comedian Abi Roberts branded the move “unbelievable” and highlighted how in the face of the enemy “these things don’t matter, what matters is who’s next to you, your fellow soldier.” Host Mark Dolan expressed similar dismay saying “if our military goes woke, we are doomed”. It comes as troops from the 22 Engineer Regiment have been told not to refer to each other using the word “lad” as it may cause offence.

Ms Roberts said: “I think if you’ve got the enemy facing you, you’re not going to be worried about calling somebody a lad or a gent or actually what their pronouns are.

“When you’ve got somebody with a bayonet that’s about to be shoved through your skull I really don’t think that matters does it!”

Mark Dolan agreed and added: “Notwithstanding gender, because there are many thousands of fantastic female officers in the forces so this is not about man or woman.

“But I think if our military go woke, we are doomed!” 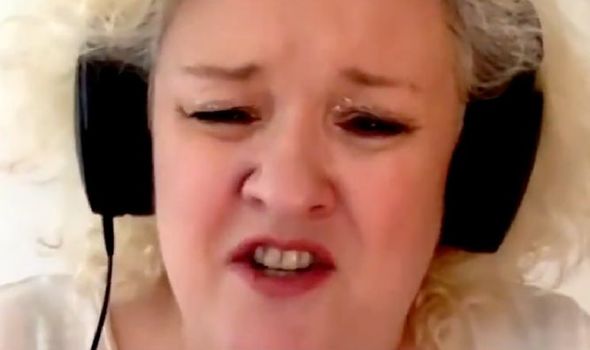 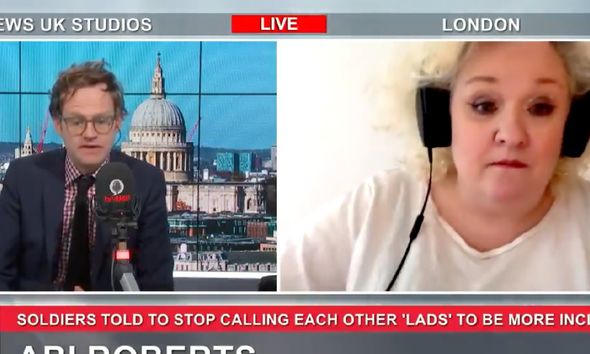 Ms Roberts continued: “It’s unbelievable that this is happening.

“In all seriousness, if you’re in the army and you’re facing the enemy these things don’t matter what matters is who’s next to you, your fellow soldier.

“Imagine you’re in Afghanistan or Iraq, you’re in somewhere terrifying and you’ve got the Taliban or ISIS coming towards you… you’re not going to be thinking I better say ‘folks’!”

The talkRADIO presenter concluded by highlighting the importance of “gallows humour” in the armed forces and furiously added if you are putting your life on the line “you can say what the hell you like!” 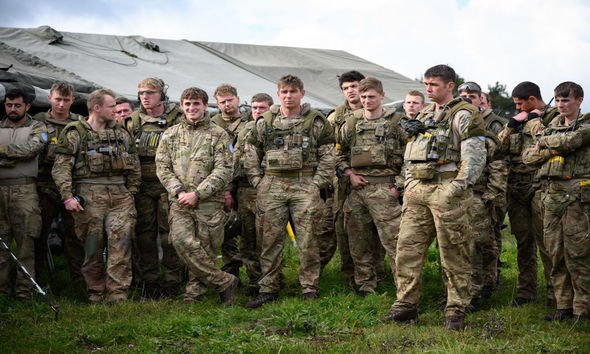 According to the Daily Mail, the army leader at question told troops: “There has been a drop in V and S over the last few weeks (Saluting/bracing up which means coming to attention)… make sure people are getting paid the correct compliments.

“All are to remember D and I [diversity and inclusion] – ‘gents’, ‘men’, ‘lads’ and other phrases are not to be used.”

Several other words have also been banned in the forces, including ‘mankind’ and ‘sportsmanship’ as the Armed Forces drives further towards being a gender-neutral organisation through the creation of GEDI (Gender Equality Diversity Inclusion).

In addition to the new ban on some words, the Armed Forces’ budget has been spent on gender-neutral bathroom facilities at several bases across Britain, including the Royal Military Academy Sandhurst, the Army’s officer training centre. 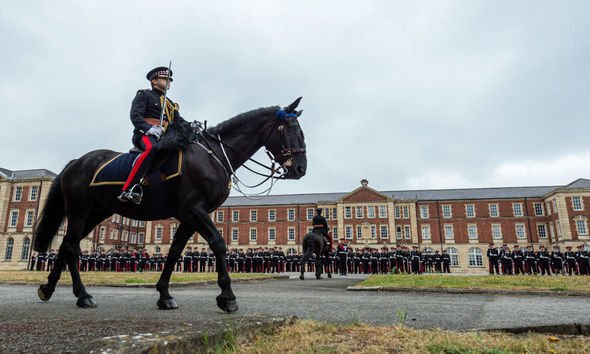 Piers Morgan also took to Twitter as it was announced that the military were pushing ahead with the plans.

The former Good Morning Britain presenter tweeted to his 7.9 million followers: “FFS. Anyone that easily offended should not be in the British Army.”

But Mr Morgan’s comments sparked both a backlash and support for his view as one furious person wrote: “Could it be that the regiment in question is trying to be more inclusive of the female officers?”

While another said: “I’ve served on operations with lots of women. I didn’t meet one who was offended by the word ‘lads’.”