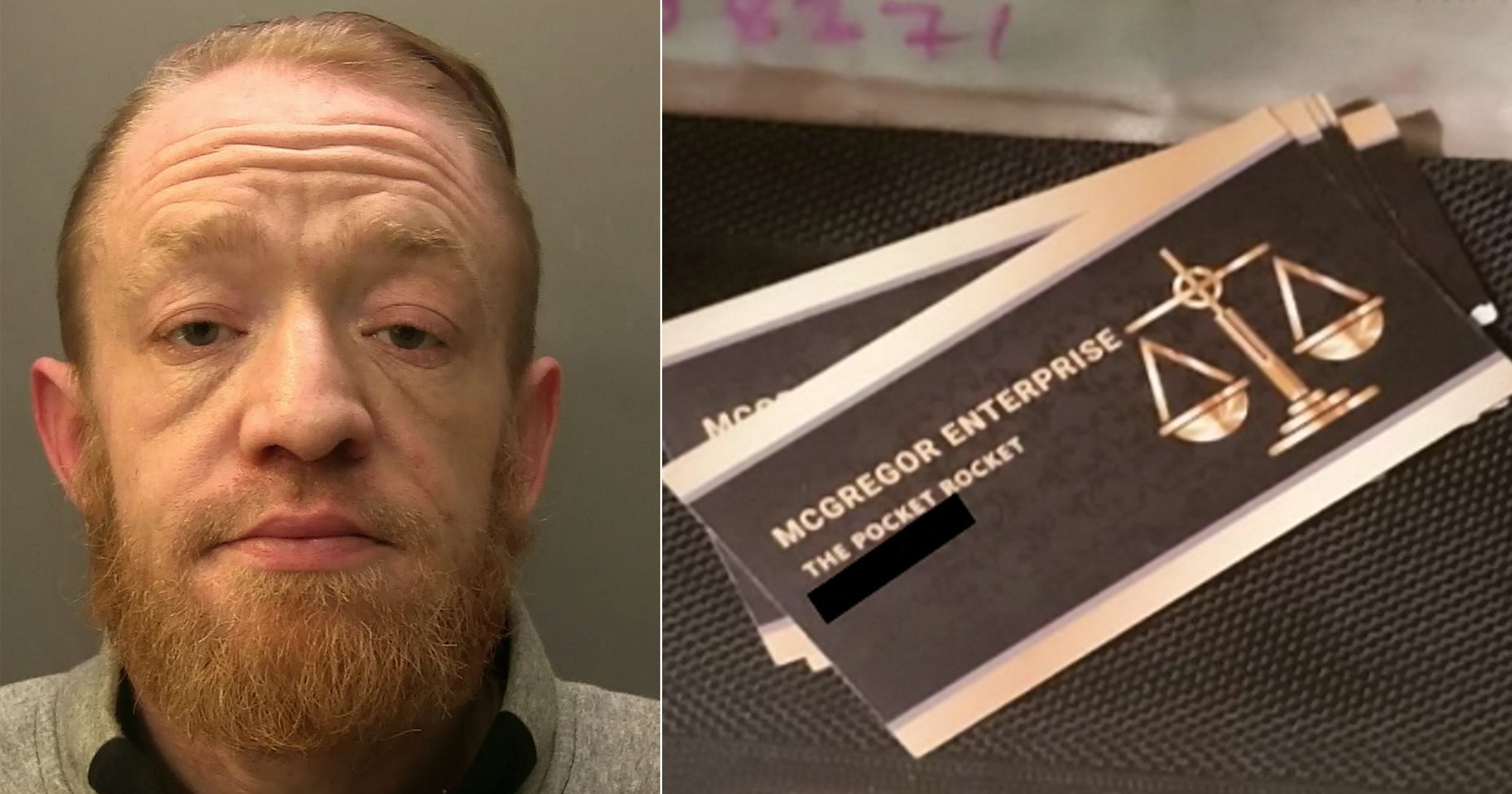 A drug dealer made himself look like Conor McGregor and then used his name to sell drugs.

He also imitated Mr McGregor’s appearance by styling his hair and beard in the same way as the ‘notorious’ fighter.

The dealer, who apparently told the police his name was Conor, also had hundreds of ‘McGregor Enterprise’ business cards in his car.

Nye was caught in Surrey trying to get rid of a package of drugs and two mobile phones.

Officers later found a substantial amount of boric acid, a chemical that dealers often mix with narcotics to make the product stretch further, at Nye’s house.

There were also hundreds of text messages organising drug deals and other logistics that were used as evidence.

Nye pleaded guilty to possession with the intent to supply Class A drugs.

Guildford Crown Court jailed him for three years on April 9.

The real Conor McGregor has had his own run-ins with the law but has never faced time behind bars.

The former featherweight and lightweight champion went on a violent rampage in 2018 after he showed up at a press conference and threw a doll at a bus carrying other fighters.

He escaped jail time for this but had his title stripped from him, had to do community service and was forced to attend anger management classes.

The fighter was fined £860, a year later, for punching a man in a Dublin pub.

He was banned from the drinking venue but has since bought the pub, and has apparently barred the man he attacked.