The five-acre site was to be situated in the Test Valley in Hampshire, where the TV presenter likes to fish. Yesterday, after a long fight by angry residents, MPs and naturalists, Hampshire County Council announced that the plans submitted by Fortis IBA Ltd had been withdrawn.

It had wanted to build a vast concrete dump surrounded by 16ft walls to store ash produced as a by-product by waste incinerators. It was given “emergency” permission to store the ash during the pandemic.

Naturalists say the ash contains a toxic and carcinogenic compound and risks contaminating the River Test, known for its salmon and trout.

It has been fished by celebrities including Jeremy Paxman, footballer Vinnie Jones, actor Nicolas Cage, the Royal Family and even George Bush Senior.

Speaking after it emerged the company had withdrawn its plans, Chris, 74, said: “Brilliant news and a triumph for conservation.” 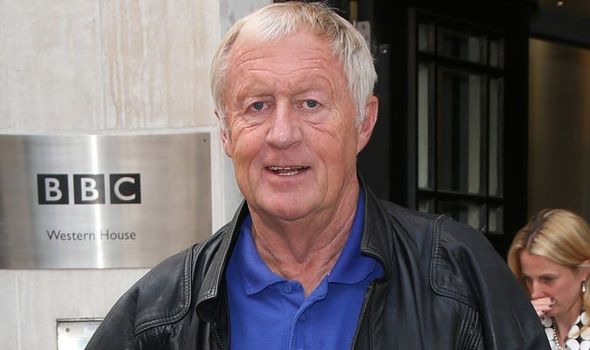 Local MP Caroline Nokes said: “I appreciate during lockdown there has not been a market for the IBAA [ash], but it is not sustainable, from an environmental perspective, to have a long-term facility so close to the aquifer.”

Local Stuart Rippon, 67, said residents in the nearby village of Barton Stacey had health issues due to the ash.

He said: “We had an ash cloud blow over. We had quite a few people complaining of breathing problems or a runny nose or sore eyes just over a couple of days when the wind was going that way.

“They’re not supposed to discharge anything.”