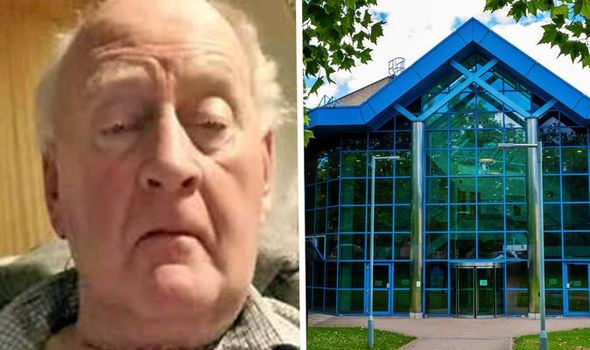 Colin Disney, 69, admitted back on January 16 to assaulting underage girls over four decades and was bailed to be sentenced on April 16. But a series of delays caused by the pandemic and Disney’s own failing health saw him moved from Rochford, Essex, into a supported housing care home in Devon. He admitted 17 counts including indecent assault, sexual touching and gross indecency at Basildon Crown Court. The court heard the offences took place between 1972 and 2016.

The girls he abused were aged from eight to 16 at the time.

Other residents housed in the care home had no idea about Disney’s past until one discovered details of the guilty pleas online.

He said: “This is supported housing, but no one here was told about his conviction and there is a primary school two minutes around the corner. I do not want to be living with that type of person.”

It is not clear who arranged the accommodation for Disney as a Probation Service spokesman said it would only be involved postsentence or release from prison.

A Mid Devon Council spokesman said: “We have statutory obligations to provide accommodation to people who are deemed in urgent housing need.

“All cases are risk assessed and accommodation is provided according to this risk and need, with monitoring by the appropriate agencies in place where necessary.”

A spokeswoman for the court said: “Colin Disney was due to be sentenced in April, but due to the current pandemic this was unable to take place.” He will be sentenced later this month.

The court system is creaking under a huge backlog of cases caused by the pandemic.

The Sunday Express is aware of several major drugs and organised crime trials that were due to start this year, but have been extended, in some cases into mid-2021.

An HM Courts and Tribunals Service spokesman said: “Enormous efforts have been made across the justice system to safely increase capacity, despite the significant impact of necessary social distancing arrangements.”