Nearly 80 business leaders from the north of England are backing a plea to Boris Johnson from the region’s “Red Wall” Tory MPs for a roadmap out of lockdown and a post-Covid economic recovery plan.

In a move turning up the heat on the prime minister as England goes into a four-week lockdown, the business chiefs claim the north is at a critical turning point and needs government action to close the north-south divide.

In a letter to Mr Johnson released just two hours after a large Commons rebellion by Conservative MPs against the new lockdown, 77 northern business leaders have pledged to defend the parts of the north in deepest crisis.

The letter comes a week after more than 50 MPs from the newly-formed Northern Research Group wrote to Mr Johnson urging him to begin work to “level-up the North”, which the PM has claimed is his mission after the general election.

The Northern Research Group is headed by former Boris Johnson ally and ex-Northern Powerhouse minister Jake Berry, who has recently called COVID-19 restrictions on the North “London-centric” and “the manacles of state control”.

Backing the MPs’ demands, the business leaders urge the Prime Minister: “The recovery from COVID can and must go alongside a plan for rebalancing and decarbonising the UK economy.

“Businesses which are closed or seeing much reduced trade need vital help, as the Chancellor has now committed to, but for those already unemployed we need to start the work of creating new jobs for them.

“We must defend those parts of the North in deepest crisis, and realise the opportunity for higher skilled, better paid opportunities if we unlock that with measures to drive up productivity.” 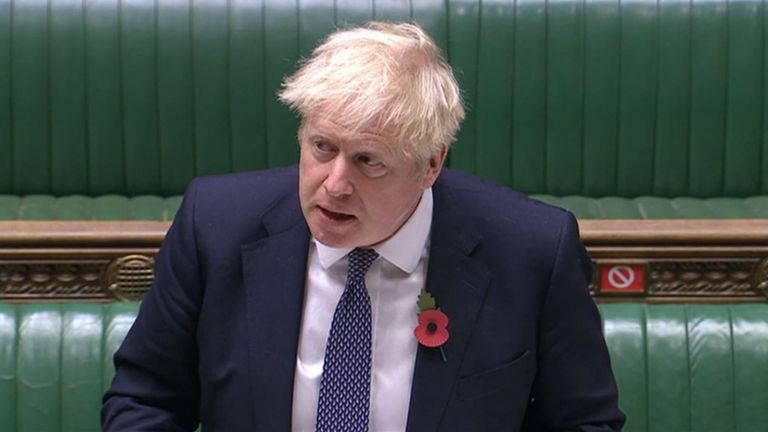 The business leaders are calling for more power and autonomy for the north’s metro mayors and local government leaders. Their top priorities for the north are:

“The North is at a critical turning point,” the leaders write in their letter to the PM.

They added: “We believe by implementing this plan, we can unlock the North’s true economic potential – simultaneously spearheading a recovery for the whole of the UK and turning levelling-up into the reality you promised us.”

Welcoming the business backing after the Commons lockdown vote, Mr Berry said: “We outlined clearly in our letter to the Prime Minister last week how the North has seen a level of disruption unparalleled with other parts of the country.

“Whilst the south has faced fewer restrictions in recent months, the north has been held back under one form of restriction or another – and significant parts have been in Tier 3 restrictions for two weeks prior to today’s vote.

“We share concerns that after this second national lockdown ends on 2 December, our northern constituencies are the most likely to go back into the higher levels of the regional tiering system.

“That means the north being subjected to greater restrictions and our economy sustaining greater damage.

He added: “Our constituents have been some of the worst affected by COVID, with many losing jobs and businesses. We cannot allow our region to become locked-in to lockdown indefinitely.”

We will use your email address only for sending you newsletters. Please see our Privacy Notice for details of your data protection rights. Royal commentator…

We will use your email address only for sending you newsletters. Please see our Privacy Notice for details of your data protection rights. World-renowned chef…