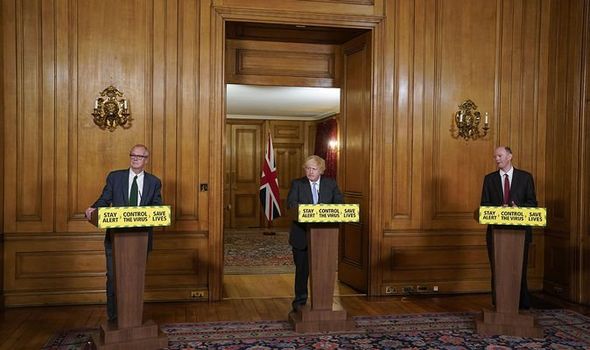 Chief Medical Officer Chris Whitty and Sir Patrick Vallance, Chief Scientific Adviser, will explain how the virus is spreading in a televised briefing before a speech by Boris Johnson setting out the next steps. Professor Whitty will say: “The trend in the UK is heading in the wrong direction and we are at a critical point in the pandemic. We are looking at the data to see how to manage the spread of the virus ahead of a very challenging winter period.” A Downing Street source said: “Infection rates are going up, we are in the grip of a second COVID wave and we’re now in the last chance saloon.

“The Chief Scientific Adviser and Chief Medical Officer will today set out the latest data and the stark reality we’re now facing.”

Another 3,899 lab-confirmed cases of coronavirus in the UK were announced on Sunday, bringing the total to 394,257.

The official figures also showed 18 more people have died within 28 days of testing positive, bringing the UK total to 41,777.

A Government source warned the public to “stick to social distancing rules or we will have to bring in tougher measures”. 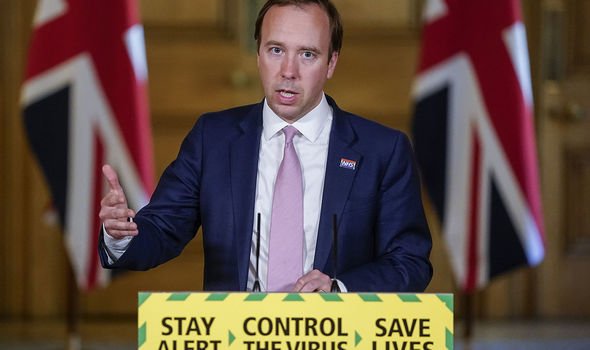 Fines of up to £10,000 will be imposed on anyone in England who refuses to self-isolate.

Health Secretary Matt Hancock, who has faced criticism over failures of the test-and-trace system, warned that coronavirus cases will “shoot through the roof” and put the country in a second lockdown unless everyone follows regulations.

People on low incomes will be eligible for a one-off £500 payment to help them cover the cost. 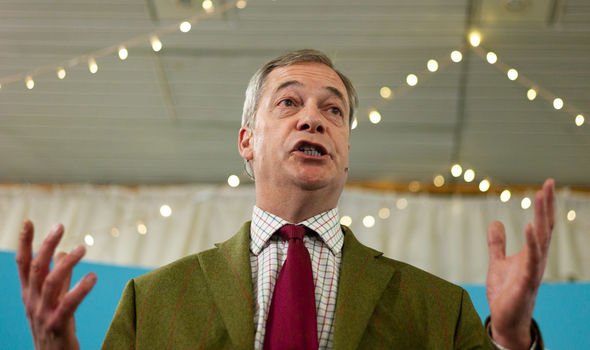 But he added: “There is still hope that we will get one of the vaccines over the line this year. The Oxford vaccine is still at the front of the queue. More likely is next year, and probably the early part of next year.

We have got the cavalry coming over the next few months – the vaccine, the mass testing and the improvements in treatments – but we have got to all follow the rules between now and then to keep people safe.”

He warned that hospital admissions are doubling “every eight days” and will be followed by an increase in the number of deaths. “This country faces a tipping point,” he told BBC One’s Andrew Marr Show.

“If everybody follows the rules – and we will be increasingly stringent on the people who are not following the rules – then we can avoid further national lockdowns.

“But we of course have to be prepared to take action if that’s what’s necessary. I am very worried about this second wave. We have seen in other countries around Europe, how it can absolutely shoot through the roof.”

But senior Tories have warned the Government must consider the economic and social impact of tougher rules.

Chancellor Rishi Sunak is among Cabinet ministers said to be warning of the harm.

Tory former minister Lord Vaizey said that the country will have to live with the virus and it is time to “level with the public”.

To find out the rates of coronavirus in your area, please fill in your postcode below.

“You cannot wait for the vaccine at the end of the rainbow,” he said.

“I think being led by the science is not the answer. You have to be led by what is better, in the round, for our society which includes people’s mental health, our kids’ education, cancer patients, people suffering from other chronic diseases who are not getting the attention they deserve.”

“A second national lockdown would be a complete and utter catastrophe,” he said. “We have now reached the point where the cure has become worse than the disease itself.” 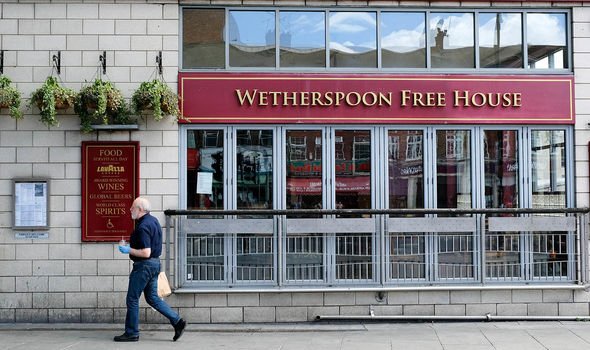 Tim Martin, the boss of pub chain Wetherspoons, said that pubs and hospitality businesses could be wiped out by further coronavirus restrictions.

Any move to force businesses to close early or shut temporarily would be “even more devastating” for a sector hit hard.

“The sector is fighting for survival – we are already seeing pubs in areas where there are additional restrictions are performing less well, especially those in Scotland. New measures such as a 10pm curfew will cause further damage and hit city-centre pubs most.”