He announced that Oxford University scientists will start tests on volunteers as they speed up research to find a drug that can protect people from Covid-19. The Health Secretary vowed to “throw everything” at the research in the hope Britain can lead the world at overcoming the pandemic. Mr Hancock said: “Coronavirus is a powerful enemy, but I believe the power of human ingenuity is stronger. Every day, the science gets better, we gather more information, we understand more about how to defeat the virus.”

He raised hopes of progress in the vaccine hunt after another 823 UK hospital deaths recorded in the previous 24 hours. Last night’s figures take the nation’s grim death toll to 17,337.

Mr Hancock warned: “This number is another salutary lesson and it tells us of the deadly nature of this virus.

“We owe it to them and to ourselves not to throw away the progress we have made so far.”

He also confirmed that ministers would not relax the country’s shutdown rules until the death rate falls “sustainably and consistently”.

The rate of infection must also shrink and any risk of a second peak in the number of deaths has to be ruled out.

Mr Hancock’s Whitehall department has announced an extra £42.5million for research projects into a potential Covid-19 vaccine . They are currently being carried out at Oxford University and Imperial College London.

Research teams are recruiting volunteers in London, Bristol, Oxford and Southampton for the six-month trial. 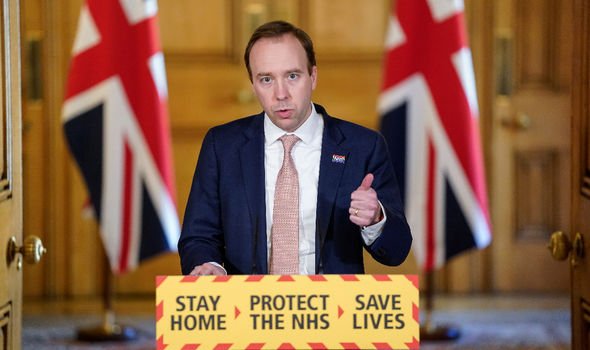 Speaking at the daily Downing Street coronavirus briefing, the Health Secretary said: “In the long run, the best way to defeat coronavirus is through a vaccine.After all, this is a new disease.

“This is uncertain science but I am certain we will throw everything we’ve got at developing a vaccine.

“The UK is at the forefront of the global effort. We’ve put more money than any other country into the global search for a vaccine.

“For all the efforts around the world, two of the leading vaccine developments are taking place here at home at Oxford and Imperial. Both of these promising projects are making rapid progress and I’ve told the scientists leading them that we will do everything in our power to support them.”

A total of £22.5million will be handed to the Imperial College team, led by Prof Robin Shattock, to support clinical trials which are assessing a sample of several thousand people.

A further £20million is heading for the Oxford University team, led by Prof Sarah Gilbert.

They have collaborated with the Medicines and Healthcare products Regulatory Agency to fast-track the vaccine’s development. Mr Hancock said: “As a result, I can announce the fact that the vaccine from the Oxford project will be trialled in people from this Thursday. 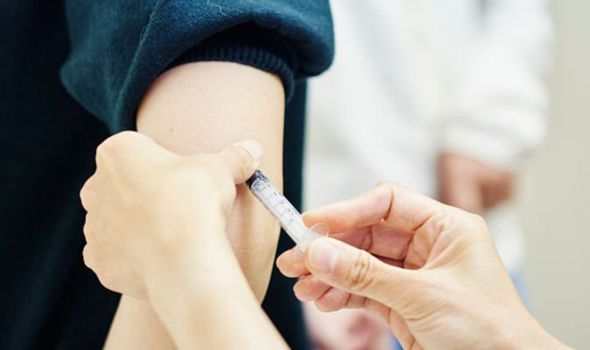 “In normal times, reaching this stage would take years and I am very proud of the work done so far.

“At the same time we’ll invest in manufacturing capability so if either of these vaccines safely works we can make it available for the British people as soon as humanly possible. Nothing about this process is certain.

“Vaccine development is a process of trial and error and trial again, that’s the nature of how vaccines are developed.

“But I have told Sarah Gilbert and Robin Shattock – two of our most inspiring scientists – that we are going to back them to the hilt and give them every resource they need to give them the best possible chance of success as soon as possible.

“After all, the upside of being the first country in the world to develop a successful vaccine is so huge that I am throwing everything at it.”

Prof Van-Tam told yesterday’s daily press briefing: “It isn’t clear there is an enormous downturn at this point.

“The numbers are varying day to day but they remain high and we remain in a situation of danger that we must take very seriously indeed.”

He said that while hospital occupancy rates had declined in London, in other parts of Great Britain there was “rather more of a plateau”.

That, he said, meant “we must keep pushing on this and we must bend that curve through our actions”.

Normally it takes about 10-15 years to develop a vaccine and we’re trying to do this at breakneck speed.

With coronavirus, we’re going like the house is on fire really because people are taking a bit of a risk.

The Oxford group is able to move fast because they are using a module for vaccine development which has been in clinical trials before.

The disadvantage is that it could be difficult to scale it up to produce the hundreds of millions of doses which would be required worldwide.

When Sarah Gilbert says she may have made a vaccine by September, what she means is she may have invented one by then that works. To make it available for the general population could take a further six months, or even a year.

But it’s good that the Government has given a further £20million to allow her to progress rapidly to the next stage of testing.

Robin Shattock’s approach, based on RNA (Ribonucleic acid), is a little bit less tested but has the potential of a more rapid scale-up.

If that one works it’s quite conceivable they could ramp it up to tens of millions of doses quite quickly.

It’s good that the Government is backing both. Matt Hancock is right that if we can be the first to show that one works it puts us in a good bargaining position.

But there are more than 70 different vaccine projects around the world and it’s important that Britain supports international efforts.

It’s likely the world will need a combination of approaches and demand will be huge.