The entire population of the COVID-19 hotspot city of Liverpool will be regularly offered a coronavirus test in a pilot scheme using the armed forces.

The city, which has been under Tier 3 restrictions for nearly three weeks and has one of the highest coronavirus rates in England at 366.4 cases per 100,000, volunteered for the scheme, which will start on Friday.

The scheme will use new, rapid turnaround tests, with 2,000 members of the military working alongside NHS staff, and everyone living or working in the city offered repeat testing – even if asymptomatic. 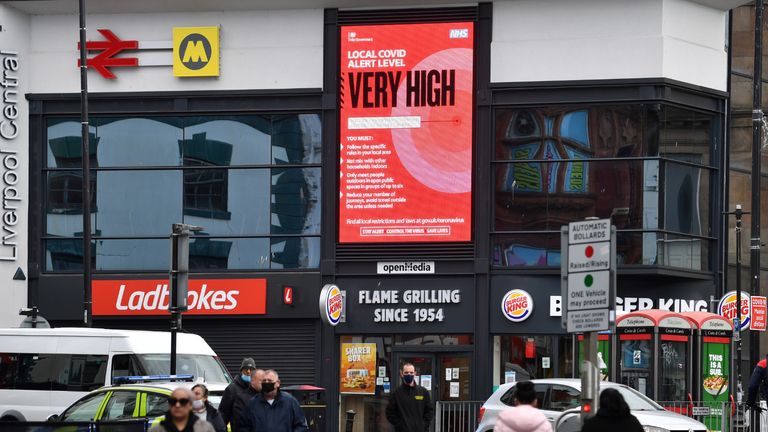 Residents and workers will be tested using a combination of existing swab tests, as well as 500,000 new lateral flow tests, which can rapidly turn around results within an hour without the need to be processed in a lab.

People will be able to book a test online, by walking into a test centre, or by invitation from the city council.

Tests will be carried out at new and existing test sites, using home kits, in hospitals, care homes, schools, universities and workplaces.

Announcing the pilot scheme, Prime Minister Boris Johnson said: “I want to thank the civic leaders of Liverpool for volunteering to join the UK’s first city-wide population testing pilot and the people of Liverpool for taking part.

“These tests will help identify the many thousands of people in the city who don’t have symptoms but can still infect others without knowing.

“Dependent on their success in Liverpool, we will aim to distribute millions of these new rapid tests between now and Christmas and empower local communities to use them to drive down transmission in their areas.

“It is early days, but this kind of mass testing has the potential to be a powerful new weapon in our fight against COVID-19.”

Health Secretary Matt Hancock added: “Last month we set out our ambition to use the latest mass testing technologies to bring this virus under control.

“Mass testing will help us to control this virus, by finding it even before people get symptoms.

“I’m delighted we can now roll out mass testing to whole cities – starting with Liverpool.

“Using half a million of the very latest rapid tests, this rollout can help suppress the virus and give residents and workers some peace of mind.

“Everyone in Liverpool can help play their part by getting a test and following the rules, including the critical basics of hands, space, face.” 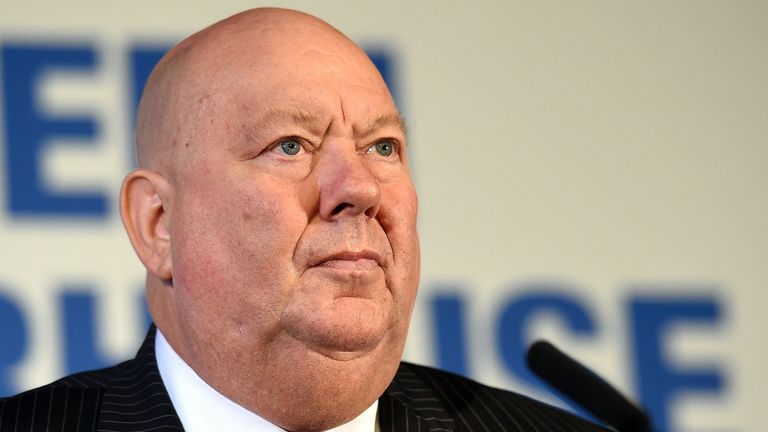 Liverpool’s mayor Joe Anderson, whose brother Bill died from COVID-19 last month, said: “We are pleased that our numerous conversations have resulted in Liverpool becoming a pilot for mass testing, which will help to quickly identify people who have the virus and reduce transmission substantially.

“We are seeing a slow reduction in figures in Liverpool which shows we are on the right path and residents and businesses are working together and following guidelines for the greater good.

“We hope this new initiative boosts our efforts, and we will continue to see the numbers of positive cases drop across the city.”

Explaining the role of the forces in the testing, Defence Secretary Ben Wallace said: “Since the start of the pandemic, the armed forces have worked with colleagues across government to increase national testing capacity.

“We will be deploying 2,000 talented armed forces personnel to, once again, rise to the challenges posed by COVID-19 to ensure we go above and beyond for the Liverpool community – we will have your backs throughout the trial.

“The military are uniquely placed to help with the fight against COVID-19 and remain ready to support with the mass testing initiative in Liverpool along with the additional needs of the country at this time.”

The government’s testing boss Dido Harding, the Tory peer who is facing growing calls from MPs to be sacked over the faltering Test and Trace system, broke her recent silence to welcome the scheme.

“Mass testing has the potential to enable us to find the vast majority of people who have coronavirus, regardless of whether they have symptoms or not, and therefore dramatically enhance our ability to stop the spread of the virus,” she said.

“This first deployment of whole city testing in Liverpool is a really important step forward and is thanks to the big increase in testing capacity and our investment in new testing technologies.

“NHS Test and Trace will continue to work closely with local leaders, directors of public health and the armed forces to ensure Liverpool residents and workers can benefit from these advances.

“By everyone in Liverpool coming forward to get tested, and isolating if they need to, we have a real opportunity to make a massive difference.”