Police have issued £10,000 fines to at least nine people for their part in organising illegal gatherings this weekend.

The heavy fines are the first to be handed out since new rules came into force in England on Friday ahead of the bank holiday weekend.

West Yorkshire Police said officers had attended several parties on Saturday evening and into the early hours of Sunday morning.

Four people were each fined £10,000 for their roles in organising a party in Headingley, while a man was fined £10,000 over another house party in the Leeds suburb.

Officers also broke up a party in Burley, with two DJs at the event each fined £10,000 and their equipment seized.

A music event at Beaver Works in Leeds was also closed down on Sunday following reports it was in breach of coronavirus restrictions.

The Metropolitan Police said it had issued a £10,000 fine to one person on Saturday for holding an illegal gathering, while the force is considering the penalty for four other people over an unlicensed music event in Hackney Wick, east London.

The Met Police said it was seeking to identify other illegal rave organisers after 58 unlicensed music events were reported on Saturday, with officers shutting down 21 of those.

It comes as police try to shut down illegal raves in South Wales and Norfolk after thousands travelled from across the UK to attend one event, despite new rules to crack down on mass gatherings.

Up to 3,000 people attended the “totally unacceptable” event in the rural village of Banwen and officers are at the scene, South Wales Police said.

Police in Norfolk are working to shut down an all-night unlicensed music event in a forest attended by more than 500 people.

Pictures on social media showed dozens of people dancing at the outdoor event in Banwen, Neath Port Talbot, which had a stage and large sound system, with people dressed in hi-viz jackets appearing to act as marshals.

Chief Superintendent Simon Belcher of South Wales Police said the force is “looking at all pieces of legislation” as they deal with the crowds.

“This type of illegal gathering is totally unacceptable and we are aware of the concerns it is causing for the local community,” he said.

“We have a number of resources in attendance including the police helicopter and roads policing officers.

“It has been estimated there are up to 3,000 people at the gathering who have apparently travelled from across the UK and we are looking at all pieces of legislation as to what action can be undertaken safely.” He added that unlawfully parked cars “will be dealt with” and people who turn up to the event will be turned away.

One resident told Wales Online he felt like a “prisoner” in his own home and people could be seen sleeping on benches in the village early on Sunday morning.

“They were going up and down the street,” she said.

Norfolk Police said officers are trying to close down a gathering with more than 500 people and 100 vehicles in Thetford Forest, near to the English Heritage site Grimes Graves, which started late on Saturday night. 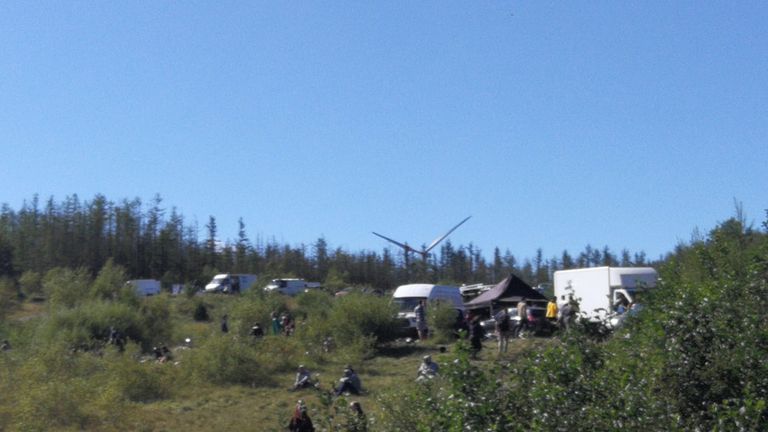 Paramedics were also called to the scene following reports a man had become unwell.

Assistant Chief Constable Nick Davison said: “Coronavirus is still with us and continues to be a real threat so it’s extremely disappointing to see these types of events taking place when the rest of our communities are doing everything they can to help stop the spread of the virus.

“We will work to identify organisers, seize equipment, deal with any criminal offences and impose penalties where evidence is available.”

The events are just two of several taking place across the UK despite the new rules coming into force on Friday for England, prompted by more than 1,000 unlicensed events since the end of June.

Anyone in England in breach of the rules could be fined £10,000, while at least £100 fines will be handed out to people not wearing masks or attending unlawful gatherings, with repeat offenders having fines doubled to a maximum of £3,200.

The Welsh government’s restrictions allow for up to 30 people to meet outdoors.

West Yorkshire Police said one man has been charged with causing a public nuisance after officers broke up a street party on Wepener Mount, Harehills, on Saturday. Five other people at the party have been fined.

The force also seized about £20,000 of music equipment from a property in the Chapeltown area of Leeds ahead of a suspected unlicensed music event. 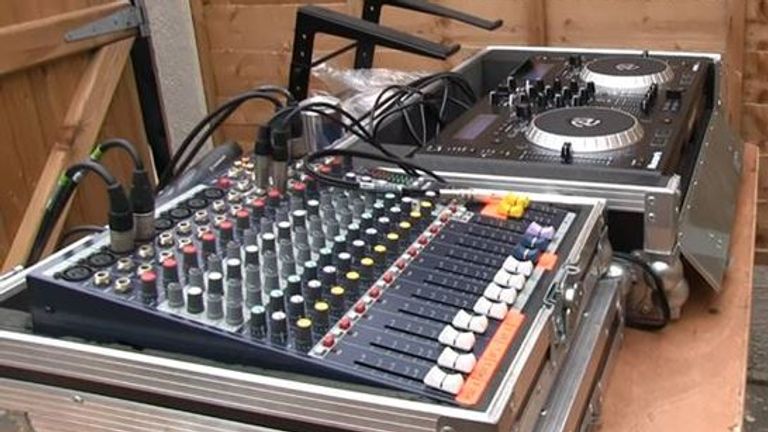 Superintendent Chris Bowen said: “Unlicensed music events and large gatherings of people only serve to spread this deadly virus, and we will take action against those who organise and attend them.”

Essex Police said they had seized thousands of pounds of equipment before an unlicensed music event due to have taken place in Harlow on Saturday afternoon and are looking to take the organisers to court.

Meanwhile, West Midlands Police said early on Sunday it had dealt with about 90 reports from the public about possible breaches of restrictions “but we’ve not had to use our enforcement powers”.

“Tonight has been dominated by reports of house parties, rather than the really big gatherings we’ve seen earlier in recent weeks,” a force spokesman said.

Home Secretary Priti Patel said the new rules targeting illegal raves are in response to “the most serious breaches of social distancing restrictions”.

But Metropolitan Police Federation chairman Ken Marsh warned the legislation would mean “absolutely nothing” for enforcement in London.

He said: “It could be good for areas outside London, but it means absolutely nothing to us here.

“People just set up a music box in the middle of the street and say ‘it’s not mine’, it’s utter nonsense.”

He wanted laws which would let officers “be more forceful” in clearing areas.