Colmar, in the east of France, is a stupendously beautiful town.

In normal times it buzzes with tourists walking along the canal or eating by the water. Now, it is eerily quiet in its heart.

Go a couple of miles outside the middle of the town, though, and you come to the hospital. There is a very different atmosphere here – this whole region has been battered by coronavirus, with more deaths than anywhere outside Paris.

Colmar, and the villages around it, have all been hit. We have been invited to visit the intensive care unit (ICU) to see the pressure that has been placed on its staff and resources.

Once inside the ward, what you see is disturbing, and revealing. The rooms are occupied by the most gravely ill patients in the area – many are unconscious, attached to ventilators.

One man has had a tracheotomy, without which he would not have survived. Another woman is having her legs gently massaged by a nurse – she cannot move.

All around are staff wearing protective clothing. The curiosity about intensive care units is that you do see smiles, and hear laughs, from the medical staff.

How else to cope with what they’re seeing? The mortality rate on this ward is somewhere between 30% and 40%.

There is no level after this in the French system, and the pressure on beds is intense. Whenever one becomes available there are normally 10 candidates to take it. 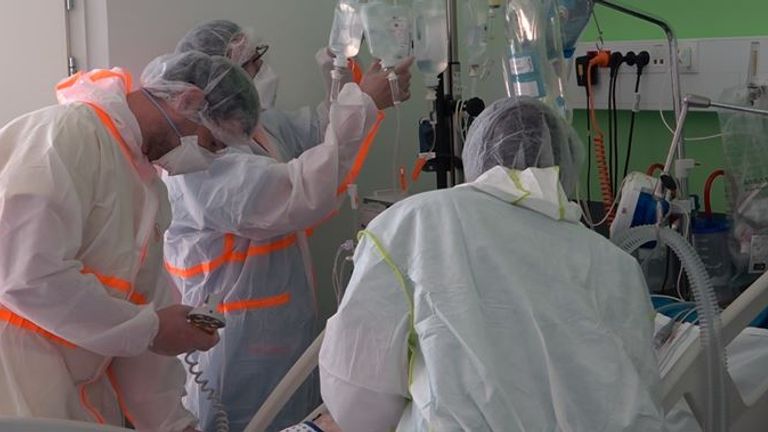 In this region, Le Grand Est, the pressure on intensive care beds is enormous. But there is a sort of answer; one that tells you a lot about how Europe is devising solutions to the problems created by this crisis.

So far, 170 patients have been transferred from Colmar to other hospitals around France and even in other countries. It is, says Dr Jocelyn Andre, a doctor in the unit, a crucial part of their response.

“We are constantly adapting how we work, without really knowing if it’s right or wrong. But we do our best. It’s just not easy, as a doctor, flying blind in this situation. We are just not used to it.”

French patients are now being treated in Germany, Switzerland, Austria and Luxembourg. High-speed TGV trains have been converted into mobile hospitals, with a single patient in each carriage.

Military planes have moved some people, as well as the continent’s ambulances. And there is another way. We leave Colmar and head to the German town of Rheinmunster, a little way over the border. 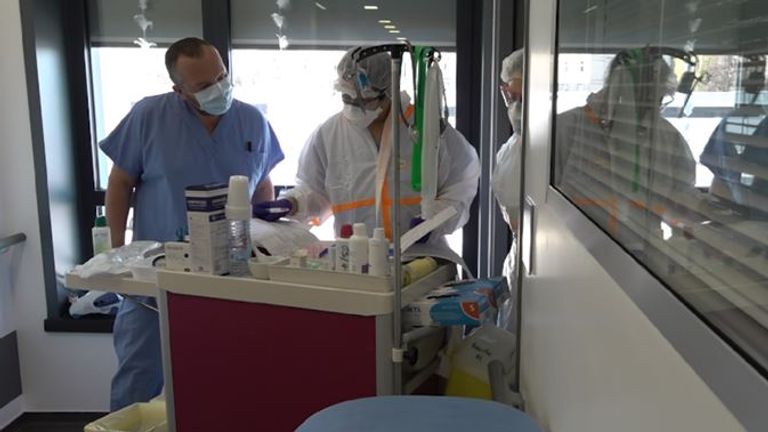 There, at its airport, is the main base of Germany’s air ambulance service. During this outbreak, they have been transporting patients from place to place, and sometimes from country to country.

I’m shown the helicopter – a seat for the pilot, for the doctor and for an intensive care nurse. And taking up much of the space is a large pod, called an Epishuttle.

It has a transparent curved lid and can accommodate almost anyone, or any size. The patient is sealed inside, and supplied with a stream of air that is then filtered as it leaves.

Put simply, the virus cannot escape from the pod, meaning that the helicopter crew can operate without having to wear cumbersome protective equipment.

It is new equipment, designed in Norway and only just fitted to the helicopter. But it is saving time, and lives. 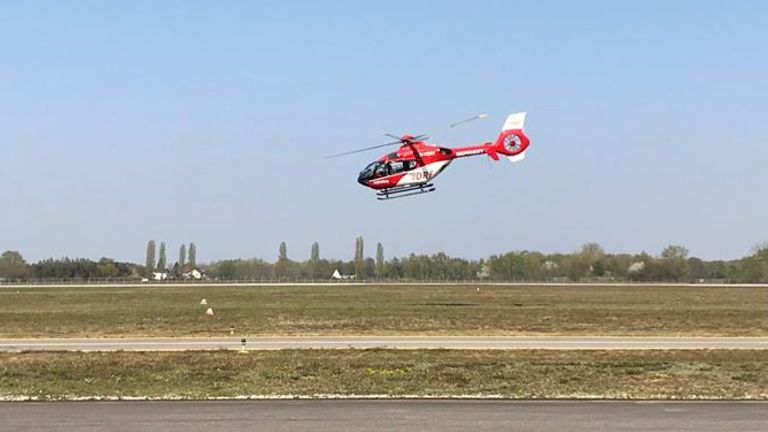 These helicopters have been out to France and Switzerland to transport patients. Crews from other bases have been to Italy, Austria and beyond.

But all the while, the virus has been spreading ever further across Germany. A week ago, Germany hospitals seemed to be coping comfortably.

Now, some are full, and the air ambulances are having to move patients around their home country, as well as internationally.

Dr Gerhild Gruner, head of critical care for the German air ambulance service, said: “It’s a national problem for us here, as well as in France. But there are hotspots, spread across the country.

“Some hospitals have beds available in ICUs and others are already full.”