“It’s good to be home.” The words of the first customer back through the doors of The Head O’ The Road pub after three months of lockdown.

The whitewashed building in rural County Armagh has existed for 300 years, the pub itself for 100, but COVID-19 had temporarily closed the doors.

From early morning, staff were polishing glasses, printing out copies of the reduced menu and crossing their fingers on day one of “the new normal”.

Stormont economy minister Diane Dodds dropped in during her whistle-stop tour of hotels, restaurants and pubs in Northern Ireland.

Mrs Dodds said: “I think like many, many people across Northern Ireland, we’re looking forward to being able to get out, a bit of normality back in our lives again and to be able to enjoy the food and drink that Northern Ireland is so famous for.” 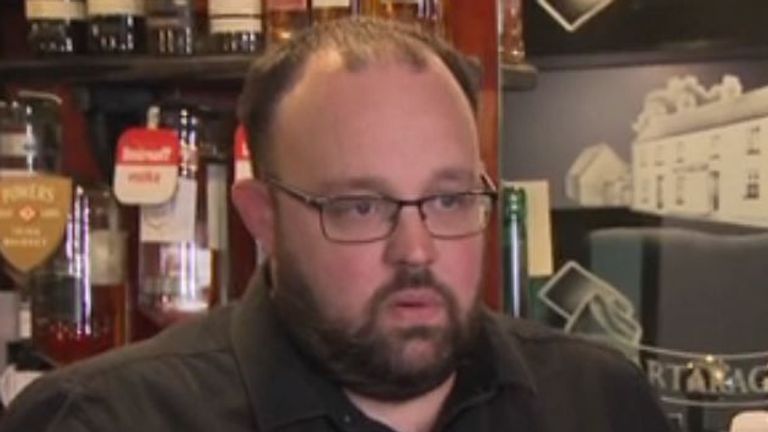 There’s the comfort of the familiar – a quintessential Irish pub complete with open fire for cold winter nights – but much has changed too.

Landlord John Lawson, who runs The Head O’ The Road with his wife Esther, said: “It’s completely changed as we’ve no public bar anymore. It’s food only inside so the man who wants a pint at the bar, he has to go and sit outside.

He added: “We’re trying to keep it as normal as we can but there have been big changes – one way in, one way out, customers have to be seated at all times, no standing at the bar, staff will be wearing PPE so it’ll be a completely different experience.”

But the restriction on alcohol indoors – it can only be served to those who have ordered a meal – doesn’t appear to be deterring thirsty customers.

Mrs Lawson said: “After 14, 15 weeks in lockdown, everybody seems pretty keen to get back out for a little bit of normality again.

“This weekend, we are almost fully booked so we’re hoping for a really good first weekend back.”