KFC will suspend its Finger Lickin’ Good slogan after 64 years because it “doesn’t quite fit” with coronavirus hygiene messaging.

The US fried chicken chain has released new images of advertising posters and packaging with the slogan blurred and pixelated.

It said Colonel Sanders’ “It’s Finger Lickin’ Good” saying will return “when the time is right” but will alter its messaging for now. 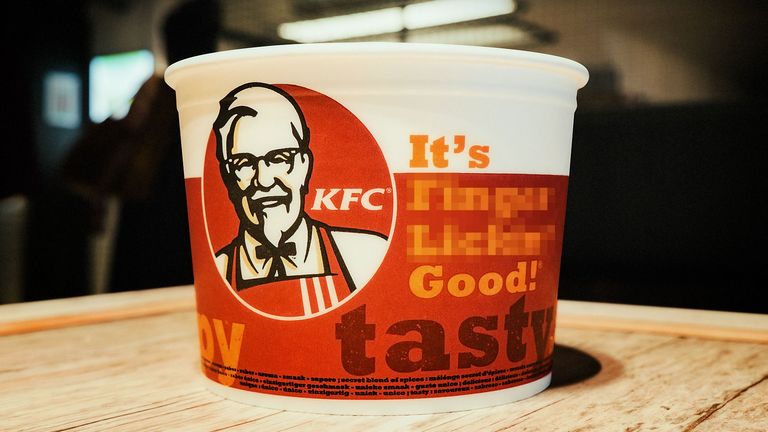 All KFC restaurants in the UK were closed temporarily in March due to the pandemic but most have now reopened with stricter health and safety policies in place.

“We find ourselves in a unique situation – having an iconic slogan that doesn’t quite fit in the current environment,” said Catherine Tan-Gillespie, global chief marketing officer at KFC.

“While we are pausing the use of It’s Finger Lickin’ Good, rest assured the food craved by so many people around the world isn’t changing one bit.”

There are more than 900 KFC restaurants across the UK and Ireland, with 27,000 staff.

Kate Wall, head of advertising at KFC UK and Ireland, said: “People often say that it’s the second movie that’s hardest to get right. The follow-up, the next step. And we are facing the same conundrum at the moment. 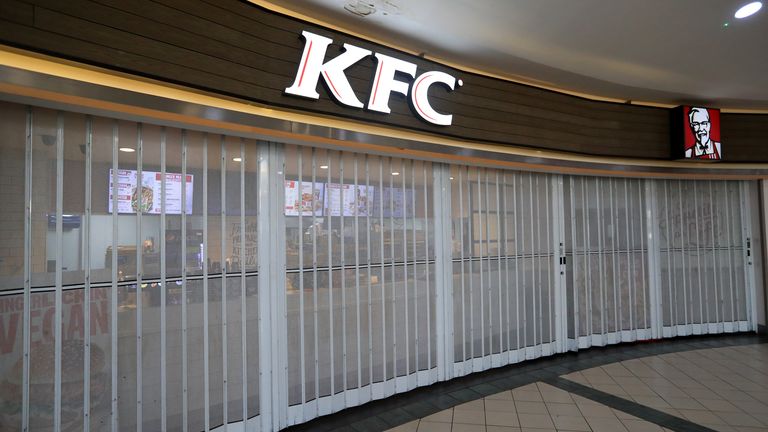 “How do you follow a slogan that’s lasted for 64 years and is as iconic as ours?

“Well, we know we can do it with a little help from our friends. And you’ll be hearing more from us on this soon.”

KFC was among several large food chains who said they would cut prices for customers after the government reduced VAT on hot meals from 20% to 5% for six months to help recover from having to close during the pandemic.

The fast food giant vowed to reduce the price of sharing buckets by £1 and certain “fan favourites” by 50p.