The Government is looking to ramp up the number of jabs administered, more than doubling the pace of the vaccinations next week. The immunisation programme would see as many as half a million people receiving vaccines a day.

A senior Whitehall insider told The Times they hope that 32 million over-50s could be given their first dose by mid to late March.

Confidential data by the Scottish Government showed that 3.8million vaccines will be given next week, a significant jump from the current estimate of 248,000 daily jabs.

According to the data, by March 2.8 million people in Scotland will have received the vaccine.

The number corresponds to more than 32 million vaccinations across the UK. 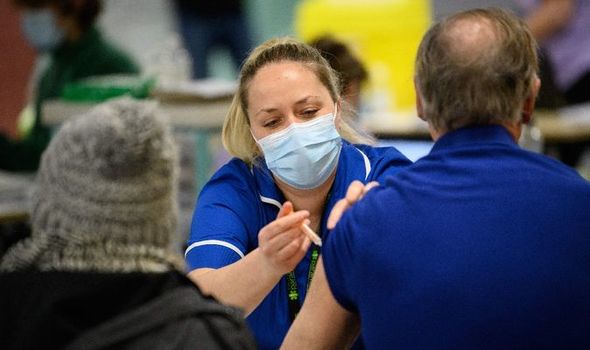 The Whitehall source explained that vaccinations for upcoming age groups will be ramped up noticeably.

They added: “We have the supply coming in.

“Once we get to the over-60s things will speed up dramatically and distribute at scale through pharmacies.”

According to a Good Morning Britain report, some vaccine centres in England will be offering vaccines “around the clock,” dramatically increasing the number of people vaccinated each day. 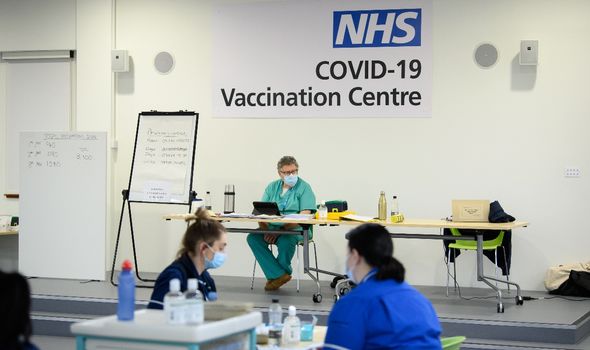 GMB reporter, Nick Dixon, said there was a “strong possibility” jabs will be given 24 hours a day at the seven major vaccine hubs in England.

He said the seven centres are currently operating from 8am to 8pm.

Speaking of the chances of vaccines being offered 24 hours a day, Mr Dixon said: “It is a strong possibility at some point in the future.

“I think the feeling from Downing Street is that currently there is not the demand there. They are open from 8am to 8pm and they feel that is enough.

“It may be a capacity issue at this stage, it is only day 2 for these vaccinations centres.”

He added: “The Government feels confident it is on track to meet that target of offering 15 million jabs by mid-February.”

Health Secretary Matt Hancock vowed on Sunday that every adult in the UK will have been offered the jab by the autumn.

Speaking to the BBC’s Andrew Marr he expressed hopes that every person offered an appointment will accept it. 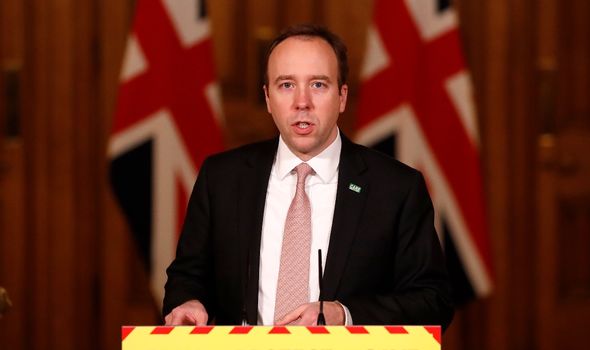 Mr Marr said: “The inventor of the Pfizer vaccine has said that you had to vaccinate everybody by the autumn.

“Are you going to be able to do that?”

Mr Hancock replied: “Every adult will be offered a vaccine by the autumn, absolutely.”

He added: “Absolutely we are going to offer the vaccine to everybody, we have got over 350 million doses on order, they are not all here yet but we are rolling them out as fast as they are delivered.”