Alexander Thynn, 87, died yesterday after being admitted to hospital in Bath on 28 March, his family have said.

In a statement, the safari park said: “It is with the deepest sadness we have to announce Lord Bath has died at the age of 87.

“Alexander Thynn, 7th Marquess of Bath, passed away on Saturday, 4th April. He was admitted to the Royal United Hospital in Bath on 28th March where it was confirmed he had the coronavirus.

“The family would like to express their great appreciation for the dedicated team of nurses, doctors and other staff who cared so professionally and compassionately for Alexander in these extremely difficult times for everyone

“They would politely request a period of privacy to deal with their loss.”

Lord Bath was well known for having multiple partners, in addition to his wife and claimed to have 72 “wifelets”, who were immortalised in paintings he placed on the house’s walls.

They who have included models and a 17-year-old Sri Lankan.

TV presenter Ben Fogle paid tribute to Lord Bath on Twitter, posting a picture of him and his colleague Kate Humble with the safari park owner. The three of them spent years filming the series Animal Park at the park.

He wrote: “Devastated to hear the sad passing of Lord Bath. We spent nearly two decades with the eccentric and colourful Lord at Longleat filming Animal Park.

“He will be missed. Sending my love and condolences to the family @Emmaweymouth1 and everyone at @Longleat.’ 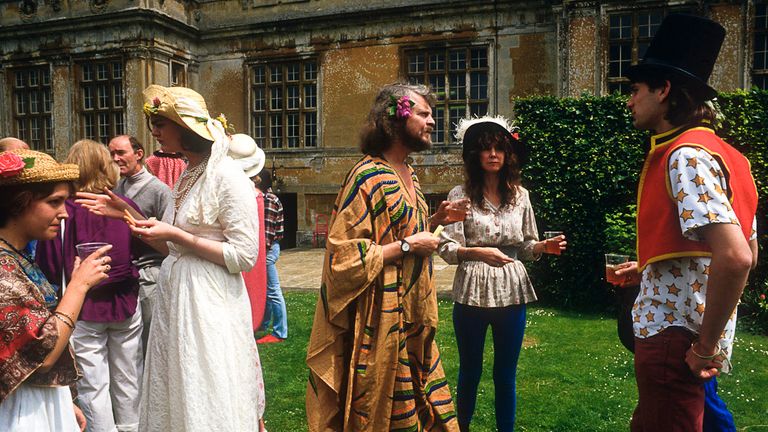 She tweeted: “Everyone will describe him as eccentric – and he was, gloriously so – but he was also kind & fun – and we all need a bit of kindness & fun in our lives.”