The mayor of Luton and two local councillors have apologised after they were pictured at a party breaking lockdown rules.

Mayor Tahir Malik was at the outdoor gathering on Tuesday (21 July) with councillors Waheed Akbar and Asif Masood, and about nine other men – double the number allowed under coronavirus laws.

Photos of the event in the Bedfordshire town were shared on Facebook, including one of the mayor with a mask hanging below his face, prompting anger from residents who are potentially facing a local lockdown. 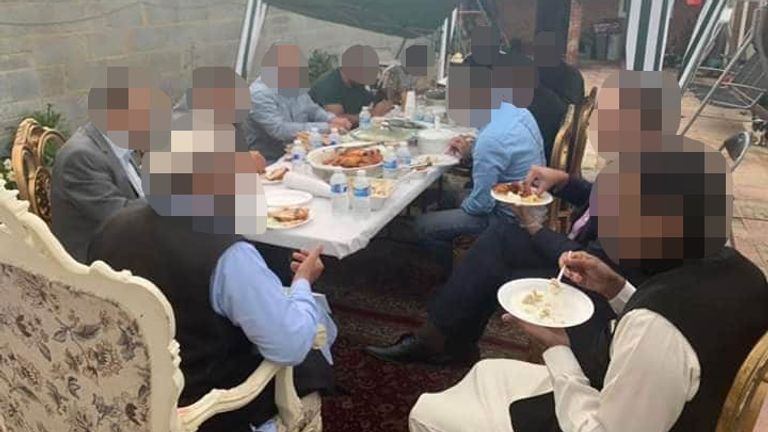 On Thursday, Luton was placed on the government’s “area of intervention” list – the same level on the coronavirus watchlist as Leicester, where stricter measures were introduced – following an increase in coronavirus cases.

In the pictures of the party, none of the men were wearing face masks and they were all sitting close together around a long table as they ate and chatted.

Since 1 June, a maximum of six people have been able to meet outdoors, including in gardens, as long as those from different households stay two metres apart, or more than one metre with a face covering.

The three Labour councillors said in a statement to Luton Today: “We apologise unreservedly to the people of Luton for our breach of the lockdown rules.

“We attended what we believed was going to be a small socially distanced gathering, in line with the government guidelines.

“During the course of the event, the arrival of additional guests meant the rules were breached. 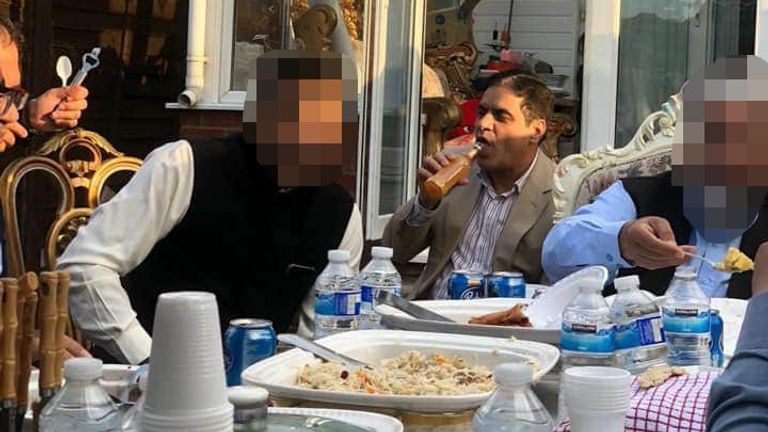 “We should have left immediately, and it is a matter of sincere regret for each of us that we did not do so.

“It is all of our responsibility to follow the guidelines. We are sorry that we did not live up to the standards that are rightly expected of us.”

A spokesman from the eastern branch of the local Labour Party said the Chief Whip was investigating the lockdown breach.

“It is essential that everybody follows social distancing measures in order to protect the public from COVID-19,” the spokesman told Luton Today.

“It is even more important for those in positions of authority to be setting the right example.

“The Labour Party investigates all complaints received and where rules have been breached, action will be taken in line with the Labour Party’s processes.”