Almost 16 million people have now been infected by the virus with the global death toll standing at more than 640,000. The number of cases is also still rising in Britain with the rolling daily average number of new cases 15 per cent higher than it was three weeks ago.

In the past six weeks, the total number of cases has roughly doubled

UK health chiefs said another 685 people had tested positive for COVID-19 taking the official size of the outbreak to more than 300,000 cases.

The seven-day rolling average of new cases now stands at 678 — higher than the 590 recorded on July 6 and the highest since July 4 when the figure was 711.

Dr Tedros Adhanom Ghebreyesus, director-general of the WHO, warned the pandemic “continues to accelerate”. 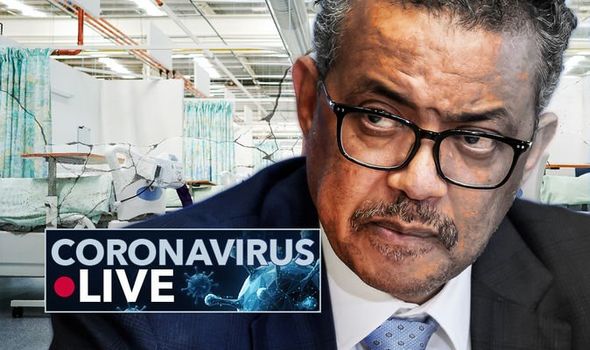 He said: “In the past six weeks, the total number of cases has roughly doubled.

“COVID-19 has changed our world. It has brought people, communities and nations together, and driven them apart.

“It has shown what humans are capable of – both positively and negatively.

“We have learned an enormous amount, and we’re still learning.”

SCROLL DOWN FOR CORONAVIRUS LIVE UPDATES 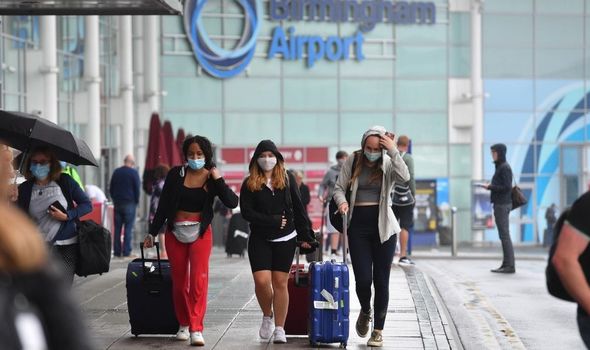 The UK Government has rejected the claims of Spanish Prime Minister Pedro Sanchez that Britain has miscalculated the data on the rising number of COVID-19 cases in Spain.

Mr Sanchez called the UK Government’s decision to impose a 14-day quarantine on everyone arriving from Spain “unjust”.

But Local government minister Simon Clarke told BBC Breakfast: “We respectfully disagree with the Spanish government’s position on this.

“We obviously continue to work closely with them and we wish them every success in managing this outbreak, but we’ve seen a very sharp increase in cases in Spain.

“A 75 percent increase in cases reported between the middle of last week and the end of last week. That’s why we took the action that we have.

“Clearly, you do have to make decisions on a country-wide basis. There is going to be internal transfer within Spain and it’s important that we do our utmost to protect the public.”

The UK’s decision to quarantine British holidaymakers returning from Spain has been described as an “error” by Spanish Prime Minister Pedro Sanchez.

Mr Sanchez said a spike in coronavirus cases is focused in just two of his country’s regions, Catalonia and Aragon.

He said: “In most of Spain, the incidence is very much inferior to even the numbers registered in the United Kingdom.”

Britons make up over a fifth of foreign visitors to Spain, which relies heavily on tourism, and Madrid has said the UK government gave it no warning that the quarantine move was coming last weekend.

The UK Foreign Office is advising against all non-essential travel to mainland Spain or its popular holiday islands.