Coronavirus masks have caused controversy since the Government revealed its decision to make them mandatory last week. Officials hope to preempt any further infections caused by COVID-19 as the country adjusts to a “new normal” with limited measures in place. Protests erupted in London today from those opposed to the measures, which come into effect for shops on July 24.

Masks are currently only required on public transport by law, due to close proximity and the science behind COVID-19 spreading indoors.

As such, shops pose similar risks, leading officials to bring in the mandatory mask policy given their proven effectiveness in preventing COVID-19 transmission.

England has dragged slightly behind other countries, including Scotland, which has already made masks compulsory in shops.

While the new policy was welcomed by many, some people have reacted with outrage. 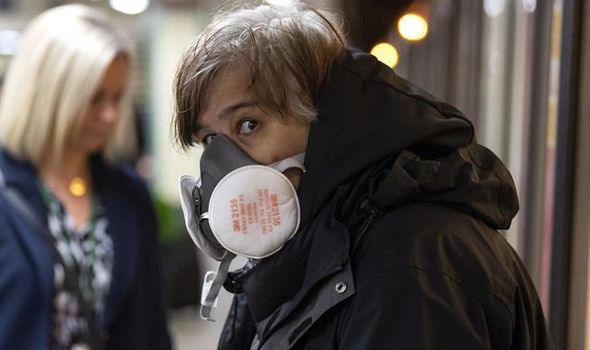 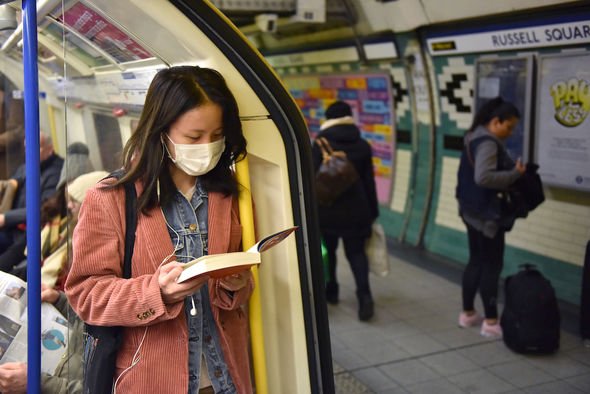 Some prominent figures have criticised the Government for what they believe amounts to impeding on people’s civil liberties.

Other, more vocal Brits have taken to protest against the intervention, with demonstrations in Hyde Park today.

Hundreds of demonstrators gathered in the London park today from 1pm, rallying against the test and trace system and compulsory masks. 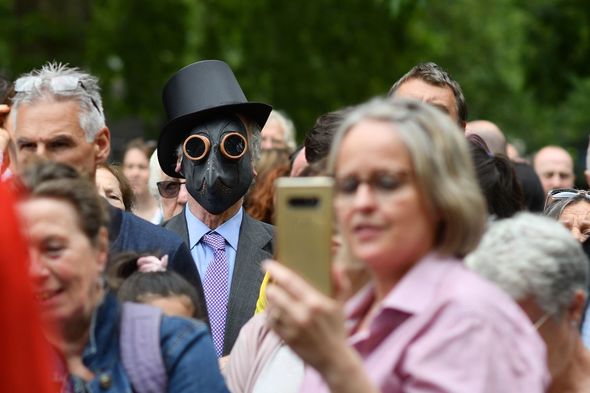 How long do people have to wear a mask for?

The new policy comes into effect from July 24 and will require people to wear a mask whenever they enter a shop.

Government officials are yet to indicate how long they will continue to enforce it, but Boris Johnson has revealed when he hopes to drop most measures.

Speaking earlier this week, the Prime Minister said he wanted the country to return to “normality” by Christmas.

DON’T MISS
Dr Hilary issues stark face mask warning ‘Don’t do what politicians do – INSIGHT
How to stop your glasses steaming up with your face mask – ANALYSIS
Face shield DIY: How to make a face mask at home – EXPLAINER 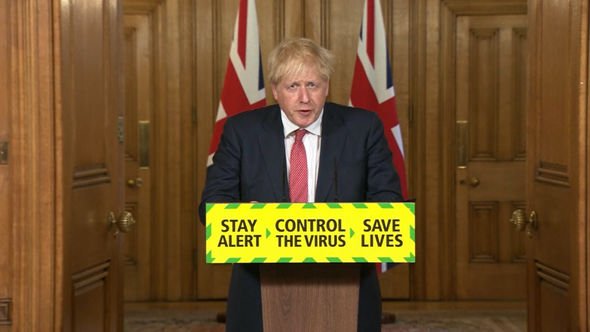 In a Downing Street conference on Friday, he told the public officials may seek to repeal many measures by November.

He said it may “conceivably be possible to move away from the social distancing measures, from the one-metre rule and other things by that time.”

By this logic, the country may see an end to compulsory mask-wearing around autumn.

However, the Prime Minister was quick to say this isn’t a sure thing, as it depends on how the pandemic moves in the UK.

Those railing against the mask decision have cited Government indecision as a reason behind their reluctance.

Speaking to Sky News, protest organiser Leah Butler-Smith said: “It is just the fact that people are being told they have no choice about wearing a mask.

“Because the Government started out saying ‘there is absolutely no need for a mask’, and many other important scientists have reportedly said the same, it did not make any sense why they suddenly said it was going to be mandated.

“If the Government really wants to protect the public and give them more confidence then they should stop trying to use the coercion strategy or to make people scared.”