A mother from Kent with terminal cancer is trying to get permission to fly to the US for life-saving treatment, amid the coronavirus lockdown.

Sarah Wright, 33, was told in August that her breast cancer had spread to other areas of her body and had become incurable – just weeks after giving birth to her daughter Everleigh.

Mrs Wright has been accepted on to a clinical trial for a drug called Ieronlimab in San Francisco, which could save her life – but only if she can get around the coronavirus travel restrictions. 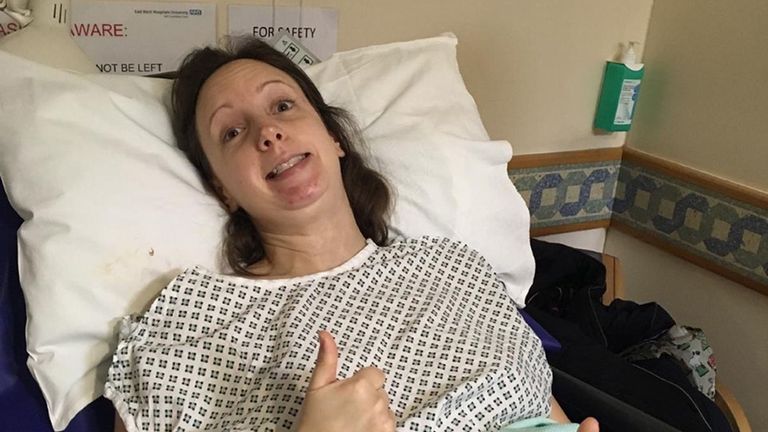 Since 16 March, travel between the US and UK has been limited due to COVID-19 – which is preventing the family from travelling for the trial.

Her husband, Adam, said: “It feels like an utterly helpless situation, a situation where everything is out of your control.

“I would never wish for anyone to experience what we have over the last year.”

The couple discovered she was pregnant, as well as received her triple-negative breast cancer diagnosis in the same week in November 2018.

Her pregnancy was interspersed with chemotherapy, and she gave birth on 2 July.

She was then told her cancer had spread to a lymph node behind her sternum, her liver and lungs just two weeks later. 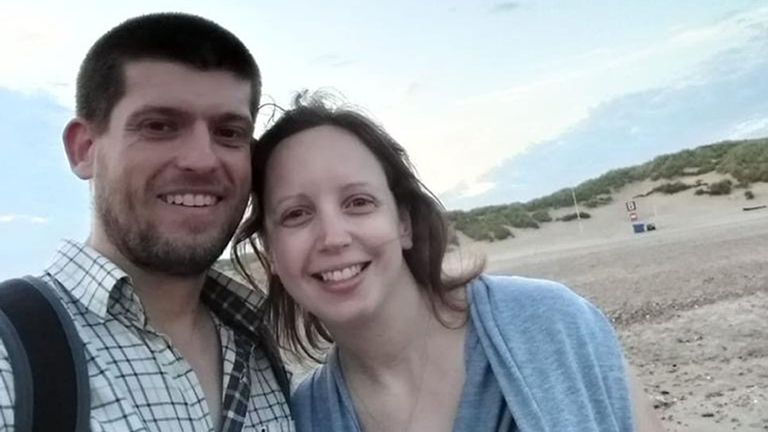 Since then, Mrs Wright has tried a number of treatments, including a clinical trial on atezolizumab at Maidstone Hospital as well as five sessions of carboplatin chemotherapy treatment.

But in April this year, she was told by the NHS that she could no longer be helped.

She then contacted the clinic in San Francisco and started a social media campaign to encourage those in charge to allow her to travel to take part in the trial.