Not wearing a face covering in public should be as taboo as drink-driving or not wearing a seatbelt, one of the UK’s leading scientists has said.

Venki Ramakrishnan, a Nobel Prize-winning biologist who is president of the Royal Society, called on Britons to use “every tool we have” to reduce the risk of a second wave of coronavirus infections.

“There are no silver bullets but alongside hand washing and physical distancing, we also need everyone to start wearing face coverings, particularly indoors in enclosed public spaces where physical distancing is often not possible,” he said, as he warned COVID-19 “has not been eliminated”. 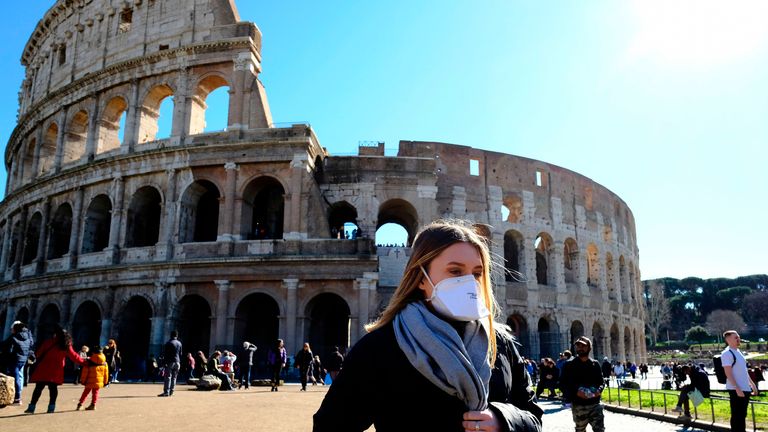 Dr Ramakrishnan said the UK was “way behind many countries” both in terms of wearing face coverings and the establishment of “clear policies and guidelines” on the use of masks for the public.

He described how the public in Italy, France and Spain now “routinely” wear face masks, despite not having traditionally done so prior to the coronavirus pandemic.

Face coverings will also be mandatory in Scottish shops from 10 July.

People in Wales are being asked to wear face coverings where social distancing is not possible, but they have not been made mandatory.

“The public have taken to handwashing and distancing but remain sceptical about face coverings,” he added.

“You only need to go on public transport, where they are supposed to be mandatory, to see how many people are ignoring this new rule based on the growing body of evidence that wearing a mask will help protect others – and might even protect you.”

Dr Ramakrishnan blamed the lack of a “clear” message on face coverings as a factor behind why Britons have not taken to wearing them.

“Whatever the reasons, we need to overcome our reservations and wear face coverings whenever we are around others in public,” he said.

“Today both of those would be considered anti-social, and not wearing face coverings in public should be regarded in the same way.

“If all of us wear one, we protect each other and thereby ourselves, reducing transmission.”

The UK government’s official advice on face coverings states: “Evidence suggests that wearing a face covering does not protect you.

“However, if you are infected but have not yet developed symptoms, it may provide some protection for others you come into close contact with.”