The disproportionate impact of the coronavirus pandemic on Black, Asian and minority ethnic communities is an “avoidable crisis” fuelled by systemic racism, a review has found.

The author, Baroness Doreen Lawrence, said the illness “thrived on” structural inequalities within government, health, employment and the education system.

Overcrowded housing and public-facing jobs has made it harder for BAME people to avoid the virus, while many have suffered “disgraceful racism” – fuelled partly by global leaders calling COVID-19 the “Chinese virus”, the review said.

Baroness Lawrence – mother of Stephen Lawrence, who was murdered in a racist attack in 1993 – wrote: “Black, Asian and minority ethnic people have been overexposed, under-protected, stigmatised and overlooked during this pandemic – and this has been generations in the making.

“The impact of COVID is not random, but foreseeable and inevitable, the consequence of decades of structural injustice, inequality and discrimination that blights our society.

“We are in the middle of an avoidable crisis. And this report is a rallying cry to break that clear and tragic pattern.”

If no immediate action is taken more people will “unnecessarily die”, she warned. 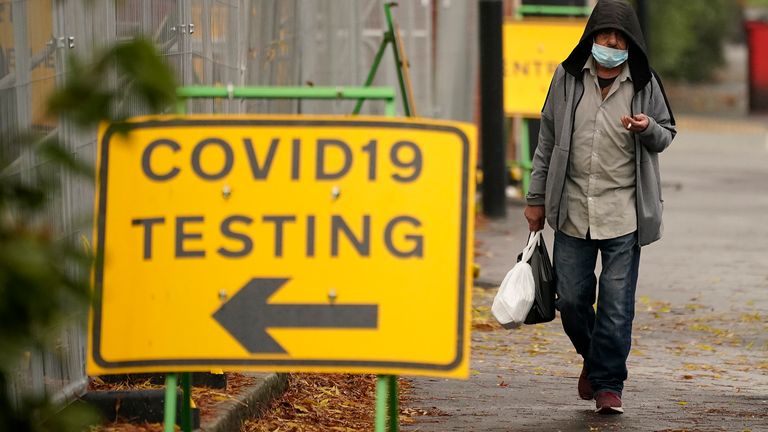 Baroness Lawrence urged ministers to remind employers they had a legal duty to record COVID-19 deaths caused by occupational exposure.

They should also be required to publish coronavirus risk assessments on a government portal and supply appropriate personal protective equipment (PPE), the review adds.

The government is also urged to suspend the “no recourse to public funds” rule, which prevents some migrants accessing state assistance, and give support to anyone struggling to self-isolate, Baroness Lawrence said.

The review also recommends a plan to tackle a rise in hate crime and scapegoating.

He said failing to act on the recommendations would “leave many of our fellow citizens badly exposed over the winter”.

The shadow minister for women and equalities, Marsha de Cordova, accused ministers of “again failing to understand that race is a social determinant of health”.

In June, a Public Health England (PHE) report said factors such as racism and social inequality may have contributed to increased risks of BAME communities catching and dying from COVID-19.

But last week, Dr Raghib Ali, a newly appointed expert scientific adviser to the government, suggested ethnicity did not have as much influence as factors such as jobs and housing.

A government spokesperson defended their record, saying they “continue to take action to address the disparities that exist across society”.

The spokesperson continued: “The current evidence shows that a range of factors result in different groups being at an increased risk of infection and death from COVID-19 – from exposure in the workplace, to pre-existing health conditions.

“For this reason we must be careful to identify the root causes of the disparities we’re seeing and not assume they are evidence of discrimination or unfair treatment in public services like the NHS.

“Indeed, many of the factors identified in the report affect non-ethnic groups as well.

“We will continue taking this work forward, to ensure that we do everything we can to protect those most at risk.”