Scottish sources accused Downing Street of “softening on overall strategy” after they appeared to shift from the five tests they say must be reached before the coronavirus lockdown measures can be adjusted. According to the five tests, ministers must be “confident any adjustments to the current measures will not risk a second peak of infections”. But this was shifted on Tuesday, The Times reports, when new guidance stated that changes must not “overwhelm the NHS”.

First Minister Ms Sturgeon has previously said if the lockdown was lifted too early in England “I would want to make sure that Scotland did what I judged was best to protect the population”.

But she stressed the decision would not be “political in any way, shape or form”.

The SNP leader stunned officials in Downing Street after releasing a detailed 25-page plan setting out how lockdown measures could be eased in the future.

Her move sparked claims that she was trying to usurp the authority in Westminster which has so far refused to elaborate on plans to lift the lockdown.

But Ms Sturgeon downplayed claims of a political rift in the responses from Scotland and Downing Street. 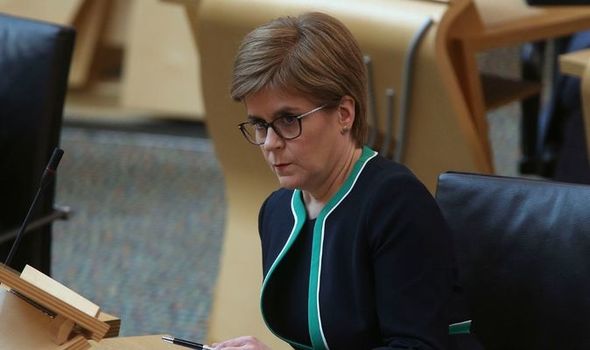 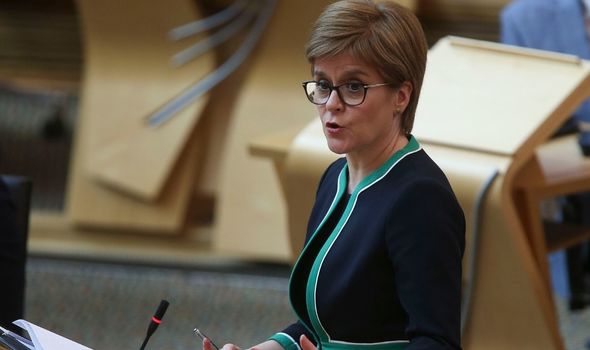 However she revealed that she would break with the UK “if necessary”.

She told BBC’s Andrew Marr: “I don’t have the power to close the borders. But those are conversations we want to keep having with the UK Government.

“On the question of Scotland doing things differently – not for the sake of it, we won’t. Only if the evidence and judgments tell us that is necessary.”

Ms Sturgeon has been accused of playing party politics by announcing decisions in relation to a COBRA meeting ahead of Prime Minister Boris Johnson. 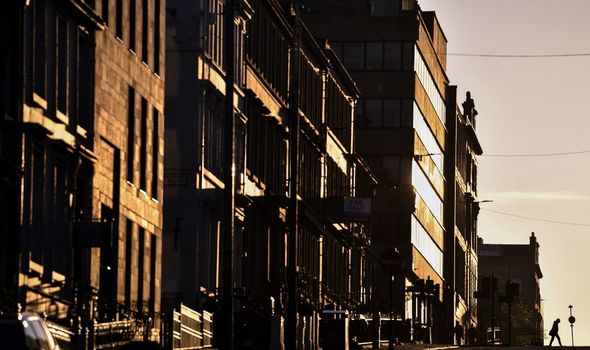 The First Minister also Ms Sturgeon was accused of announcing decisions in relation to a Cobra meeting ahead of the prime minister.

She has also set up a Scottish volunteer scheme instead of a UK-wide scheme and has named the UK-funded NHS hospital after a Scottish nurse instead of NHS Nightingale Glasgow.

Speaking at the Scottish Government’s daily coronavirus briefing in Edinburgh on Thursday, the First Minister said “real progress” has been made on tackling the spread of the virus and the R number, or infection rate, is believed to be below one.

This means each person infected with the virus passes it on to less than one other person, and is down from above three at the start of the lockdown. 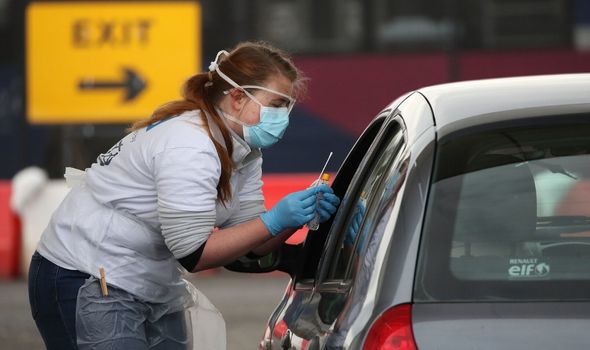 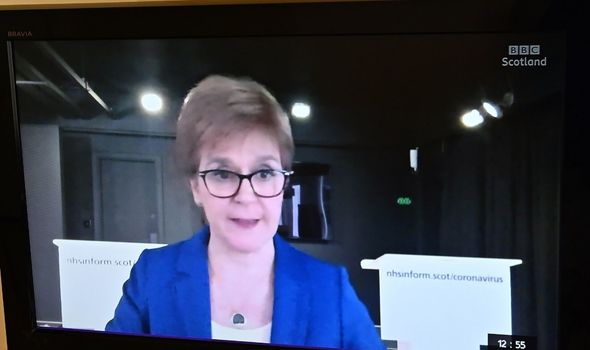 But Ms Sturgeon warned these gains are too “fragile” to enable her to be confident that lockdown restrictions can be eased at the next review date of May 7, but this will be kept under review over the next week.

She said it is too early to introduce a scheme previously suggested which would allow people to see a small “bubble” of others outside their immediate household, saying “anything like that right now might edge us over the crucial one number”.

While the Scottish Government published plans seven days ago for gradually easing the lockdown, the First Minister said on Thursday that she still has to deliver “tough messages”.

She said: “I have to be straight with you, it may very well be too early, even this time next week, in any meaningful way, to safely lift any of the current restrictions.” 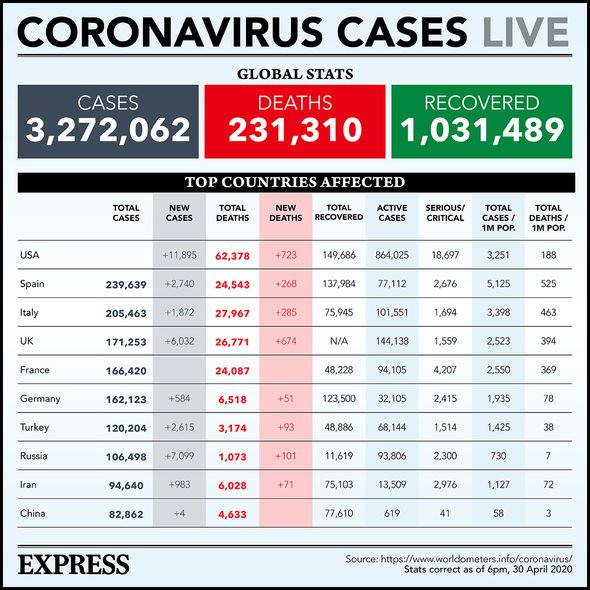 She said the fall in the R number is “real and very positive progress”, but added: “However, we are not confident that the R number is very far below one yet, and that means any easing up at all in the current restriction – either formally by Government decisions or informally by people becoming a bit less compliant as we all get more and more weary and frustrated – would quickly send it back above one.

“The point I am making today is not an easy one, but it is an essential one. The progress we have made is real and it is significant, but it is still very fragile.

“The margins we have for ensuring the virus doesn’t take off again are really, really tight. That means we must be very cautious at this stage.”

She said the public has generally been “superb” at sticking to the restrictions.

The number of people who have died after testing positive for the virus in Scotland had risen to 1,475 on Thursday up 60 from 1,415 on Wednesday.

There are 1,748 people in hospital with confirmed or suspected coronavirus, up 21 from 1,727 the previous day. Of these patients, 109 are in intensive care, a drop of five.