Whitehall officials have been holding discussions with business leaders about widening the use of mobile testing units at offices and factories around the country. As an incentive, bosses could be told their premises may be able to remain open during local lockdowns as long as staff are regularly tested to curb the virus being spread at work.

Business leaders have backed the move as long as the Government bears the brunt of the cost.

Edwin Morgan, acting head of the Institute of Directors, said: “The big question is who pays for it. “If larger companies want to do it voluntarily then great. If you’re a small company, and lots of them still aren’t in fantastic shape, then it’s a lot harder,”

Adam Marshall, director-general of the British Chambers of Commerce said: “We are supportive of the ramp-up of testing if that helps businesses avoid blanket future lockdowns.”

A standard test to check for coronavirus infections costs around £100. As a result, only a few employers have so far introduced regular tests for staff.

They include Formula One, football’s Premier League and several City of London finance firms. 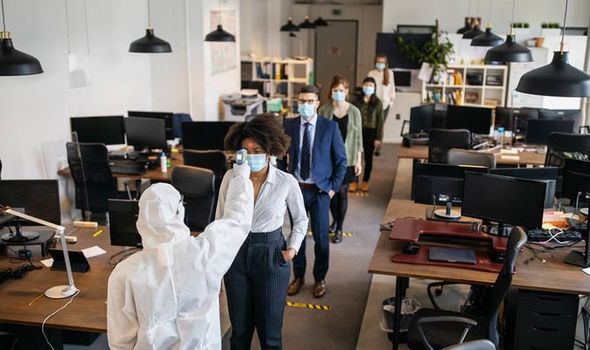 Ministers hope the costs will plunge following the growing investment in scientific research to tackle the pandemic.

Their discussions about widespread workplace testing following concerns that economic recovery from the coronavirus lockdown is being held back because too many employees are continuing to work from home.

The Government has dropped official advice to work from home if possible but has stopped short of encouraging employees to return to offices amid continuing nervousness about a second wave of the disease.

A number of banks and other financial institutions have told staff not to return to offices until next year. Thousands of civil servants are also continuing to work from home.

Business Secretary Alok Sharma yesterday said employers need to show “flexibility” when considering whether staff should return to the workplace. 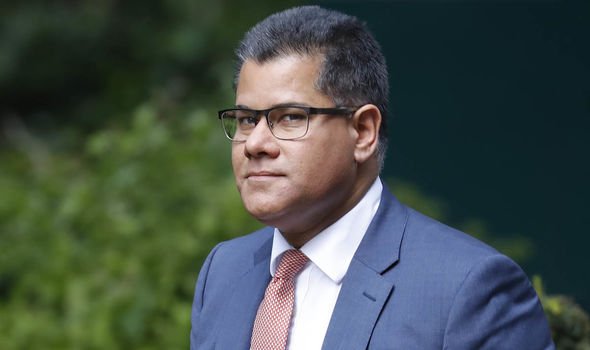 Speaking to BBC Radio 4’s Today programme, he said: “There is a flexibility and a discussion that needs to take place between employers and employees.

“And I think it’s really important that employers do the right thing by their staff, and actually very many of them are doing that.”

He added: “The advice that we issued has changed, so up until relatively recently we’ve said you should work from home if you are able to; what we’ve now said is that you should talk to your employer about coming back into the workplace.

“Different organisations are coming to different arrangements and showing some flexibility. Some businesses are saying that employees should spend part of the time in the office, part of the time at home.

“So I think that’s what we want to see, that flexibility, that co-operation between employers and employees going forward.” 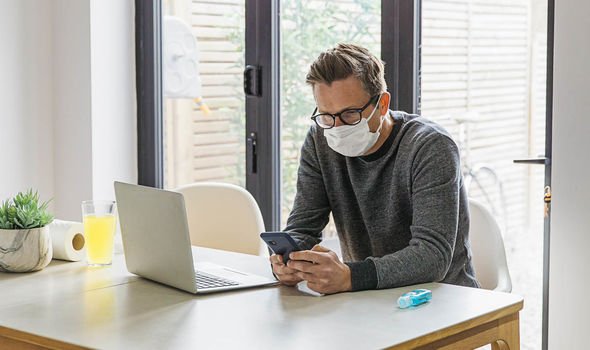 Health Secretary Matt Hancock is drawing up a plan dubbed “Project Moonshot” to drastically increase testing across the country. Last week, he announced his desire to eventually achieve “population-wide testing”.

Ministers are also hoping to introduce new saliva tests that are easier to use than swab tests.

A Downing Street spokesman said: “We have through the pandemic increased our capacity to test for COVID and we have always been clear that we will continue to increase capacity.”