There are many moments in the pandemic that we will look back on with regret and think – with hindsight – we would do things differently.

Stockpiling loo rolls. Closing playgrounds. Using an Excel spreadsheet to record positive test results that didn’t update because it had reached the maximum number of columns.

But there is one part of our COVID-19 response that I can’t help thinking we will look back on with a sense of shame and disbelief – the way we are treating expectant mothers, their partners and the babies they are carrying.

Restrictions on hospital visitors have meant that thousands of women have laboured alone.

The advice has only now changed that birth partners should be allowed throughout the labour if they don’t display symptoms of coronavirus.

But maternal health care is about more than just delivering a child (although that is important enough) and families are still being badly failed.

Many women are still having to go through miscarriages, still births and important scan appointments alone.

When a pregnancy goes smoothly, it might be no big deal that partners aren’t allowed in the room during pregnancy scans.

Sure, it would be nice for both of you to be able to see the grainy image dancing around on the screen and it might help the reality of having a child sink in for both parents.

But scans don’t exist so you can leave the room clutching a print-out photo of your baby. They exist to check the health of the foetus and pick up on any concerns.

And when things go wrong, forcing women to lie alone in the room when they hear the bad news – that there is no heartbeat, or that their baby is sick – without a hand to hold, feels very cruel. 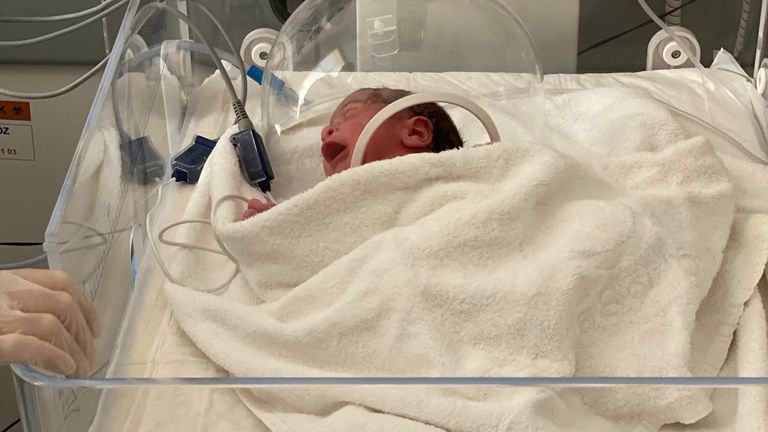 The All-Party Parliamentary Group (APPG) on baby loss found in August that because partners were excluded from appointments and scans, women were receiving bad news or making decisions alone.

It said: “In neonatal settings, both mums and dads had their visiting rights severely restricted.

“These factors all increase the sense of isolation experienced by bereaved women and their families.

“After experiencing a miscarriage woman have reported a lack of information in relation to pain, bleeding and what to do with pregnancy remains.

“In maternity and neonatal settings, a lack of time and available space has impacted on whether staff can provide opportunities for memory making after a stillbirth or neonatal death.”

Things have begun to improve – not least thanks to a campaign by the media and MPs such as Alicia Kearns and Jeremy Hunt.

In September, new guidance was issued for NHS trusts to reintroduce access for partners and other supporters of pregnant women in maternity services.

But the guidance is being applied inconsistently; recent data compiled by the Guardian showed only 23% of trusts are allowing partners to attend the whole labour and half of women are having to attend scan appointments alone.

The true impact of the pandemic on the safety of mothers and babies will only be known in the future, but there are some worrying signs.

In July, Asma Khalil, an obstetrician at St George’s University of London, reported a fourfold increase in still births at the trust between February and mid-June.

Two hospitals in Somerset – Yeovil Hospital and Musgove Park Hospital – also recorded a rise in the number of stillbirths and neonatal deaths during lockdown that are being investigated.

Some fear this may be due to the reduction in scans or midwife appointments, or because women have been reluctant to go to hospital with reduced movement or bleeding because of the pandemic.

The APPG on baby loss reports: “Women have reported restrictions in the way they can access health services relating to their pregnancy, often finding A and E is the only route available.

“Scans have been cancelled, and mothers with concerns about their baby’s movements have reported being sent away from hospital.

“In some cases, women have chosen not to access health services, taking the ‘stay at home’ message of the government’s campaign to heart.”

Kate Mulley, at the stillbirth and neonatal death charity Sands, believes there has been an increase in midterm miscarriages, telling the Telegraph: “Some women told us they reported worries about changes in foetal movement and bleeding, but were told not to go to hospital because of coronavirus.”

The focus on suppressing the virus should not come at the expense of the health and wellbeing of mothers and babies.

A voluntary framework – which has effectively created a postcode lottery – is simply not good enough.

Watch Sophy Ridge On Sunday live from 8.30am on Sunday, followed by Sophy Ridge: The Take at 9.30am