In previous key coronavirus briefings, the government’s top scientific advisers have appeared alongside the prime minister.

This time they didn’t, and it is pretty clear why. Their briefing was intended to scare, and that’s not something elected leaders like to do if they can avoid it.

In the past when sober assessments have been delivered by Professor Chris Whitty and Sir Patrick Vallance, the prime minister has always attempted to try and lift the mood and give the public reasons for optimism.

Live coverage of the latest coronavirus news and updates 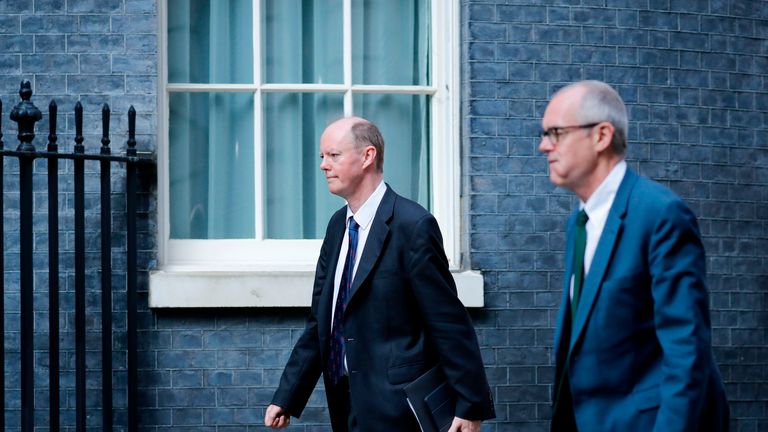 The very clear intention of today was to deliver a message that would be undiluted by the understandable, if sometimes unwise, instinct of politicians to clutch at the positives.

The glass was to be seen as half empty today, because the underlying point they wanted to get across was that the time had come for tough decisions from both individuals and government.

The scenario set out by Professor Whitty and Sir Patrick was that in less than a month the UK could be back to seeing around fifty thousand new cases a day. That would mean hundreds of daily deaths by November.

That’s despite all the social distancing measures, mask-wearing and local lockdowns that have been in place since the rate of infections started to pick up earlier this month.

They pointed to rising hospital admissions across the country and the very low rate of people with antibodies to ram home the point that, as Professor Whitty put it, we have “turned a corner” in a “bad way”.

The conclusion intended to be drawn was that something has to change, and quickly.

From individuals, they said that meant reducing the chance you could catch the virus and spread it by reducing social contacts with people outside your household.

Following self-isolation rules was also identified as being something that was “absolutely critical”. 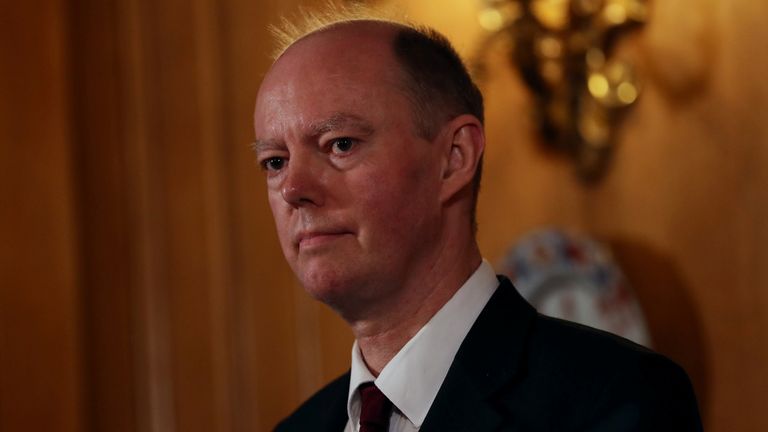 For government, there was no prescribed course of action, but Professor Whitty made clear that something had to be done, no matter how difficult the balance would be.

He acknowledged there were bad consequences both for doing too little and doing too much, which leaves only one option for ministers – get it right.

Even the positives that were set out by the men who have become the UK’s most recognisable scientists came with caveats.

We would not be living with coronavirus forever, they said, but it is going to be a real problem for at least another six months.

Treatment, they said, was getting much better, but there is no evidence the virus weakening.

But for all the attempts to present the advice and data in a way that clarified the current situation away from any political framing, it was nonetheless a briefing that prompted as many questions as it answered.

Why have local lockdowns apparently been so ineffective? Are antibodies the only important factor when it comes to immunity? Would more testing help? Is there evidence that covid-secure measures have prevented workplaces becoming places of infection? Why are rates of infection doubling despite the rule of 6 and every other measure that has been introduced? What would you do?

These are all legitimate questions for the government’s top scientific advisers. But no opportunity was provided to ask them, which means confronting those issues will end up being a job for the prime minister.

Boris Johnson may have to do more than avoid the podium to avoid being the bearer of bad news.