A senior intensive care consultant in Wales has told Sky News the country’s hospitals are in danger of being overwhelmed by the second wave of coronavirus – as the nation enters a 17-day “firebreak” lockdown.

Anaesthetist Dr Ami Jones is hoping the move will buy time and ease pressure on an already strained health system.

She said what medical staff are seeing is comparable to the first wave and space is at a premium.

Even a small bump in numbers could cause significant problems, adding to existing winter pressures.

The latest coronavirus news from the UK and around the world 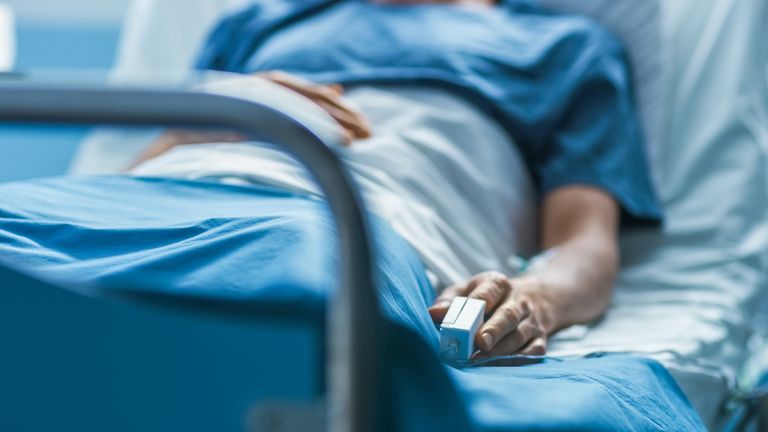 She said: “I think if we don’t do something significant and shake people and make them realise that their NHS is at risk and we may not be able to cope this winter and they may not be able to get the care they need, whether that’s because they catch COVID, have a heart attack or get knocked down by a car – I think this lockdown will make everybody stop and think.

“I appreciate fully the impact on the economy and how much it’s impacting on mental health – we see lots of those patients as well.

“But to be able to have an NHS to look after everybody for whatever it is they need, this is critical to give us breathing space to get the infections down.”

There is such concern about capacity that the opening of the Grange Hospital in Cwmbran in South Wales has been accelerated by four months to provide extra beds. 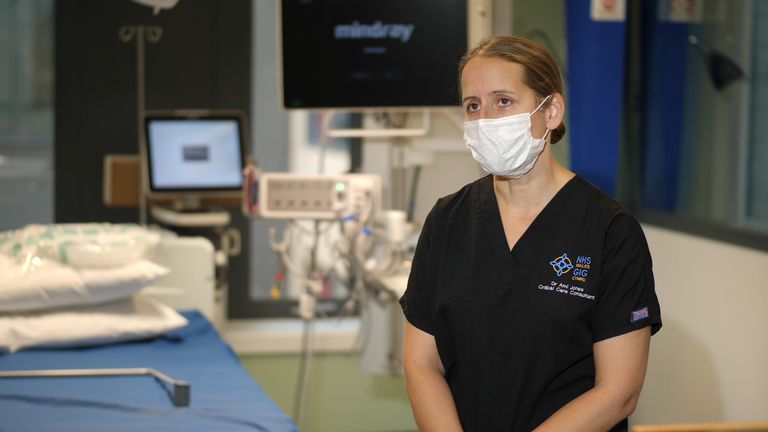 Inside, medics are doing orientation training and refining procedure. Around them workmen make the finishing touches.

Health minister Vaughan Gething said the number of COVID patients is now the highest it’s been since June.

The Welsh government has though acknowledged the lockdown won’t see a dramatic drop in COVID numbers immediately – it hopes the “short, sharp” break will though in time slow hospital admissions and transmission in the community. 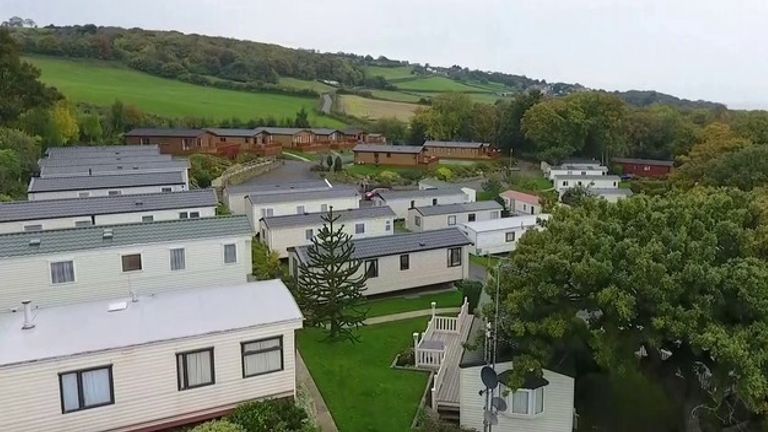 The COVID-19 measures in Wales are some of the strictest of any of the home nations.

The Welsh lockdown includes a “stay at home” order and all non-essential shops will close.

Supermarkets, off-licences and pharmacies will be allowed to remain open – although supermarkets will not be able to sell products that are deemed “non-essential”.

For businesses, the lockdown is a huge blow with some economists estimating it could cost as much as three quarters of a billion pounds.

And in places like Merthyr Tydfil – one of the most socially deprived areas of the country – the impact on mental health and the economy is particularly acute.

In St David’s Church on the high street, the last service before lockdown is a muted affair – quite literally.

Hymns are banned – singing can spread the virus and social distancing is observed.

The curate, Charlotte Rushton, tells the congregation the next time they meet will be on the video conferencing app Zoom. 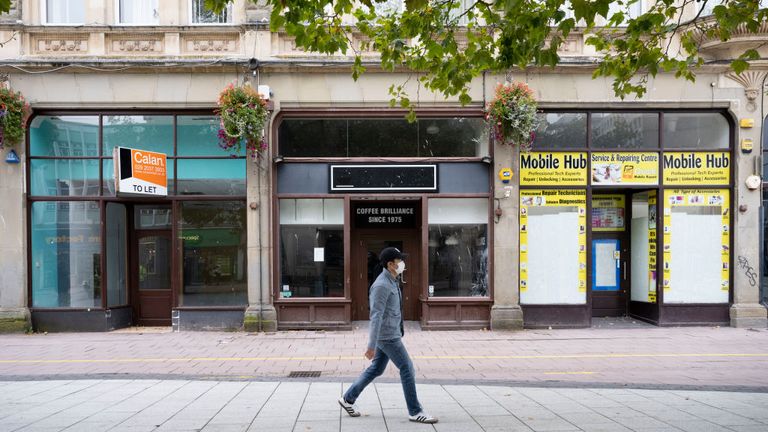 The pandemic has devastated Merthyr Tydfil and has been “horrific for people”,” she said. There has been a massive rise in the use of food banks and fear stalking the community.

“It is heavy. People are saying, ‘well what is God saying to us?’ and I’ve had to reassure many people that this is not divine punishment,” she said.

“Now that winter is here and we are seeing a rapid increase in numbers, the fear has really gripped the community.

“In the second wave, attitudes are changing, people are devastated. Vulnerable members of their family that have been very careful survived the first wave and suddenly out of nowhere they’ve caught the virus and died and there’s this absolutely overwhelming feeling that this isn’t fair.”

Even though Wales has some of the lowest infection rates in the UK the chief medical officer here is warning rolling lockdowns could become the new normal across the winter months.

That news is difficult to digest for people like Gareth Clement. The unemployed care worker struggled in the first lockdown with suicidal thoughts but was helped by a local charity, Let’s Talk Men’s Mental Health.

He thinks the firebreak is more about the politics of devolution than people.

“There’s more than just coronavirus, there’s mental health, there’s jobs, there’s children at risk, the children’s livelihoods not only now but in the future too,” he said.

“I think it’s the old kidology of trying to get one up on your older brother. Wales will do something different to what England has done and if it works the ego’s boosted and the Labour government say 1-0 to us.”

The Welsh government says it is only following the science.

But what the lockdown has done here is highlight just how disunited the UK is when it comes to dealing with the COVID pandemic.