A man worried about homelessness has used the government’s Eat Out to Help Out scheme to hand out food to people living on the streets.

Dominic Dietrich, 25, encouraged his Instagram followers to order meals to his table in Wetherspoons using the pub chain’s mobile app.

In a video shared on Twitter, he can be seen transferring the discounted food, which included chips and pasta, into plastic containers and taking it to homeless people in Manchester city centre. 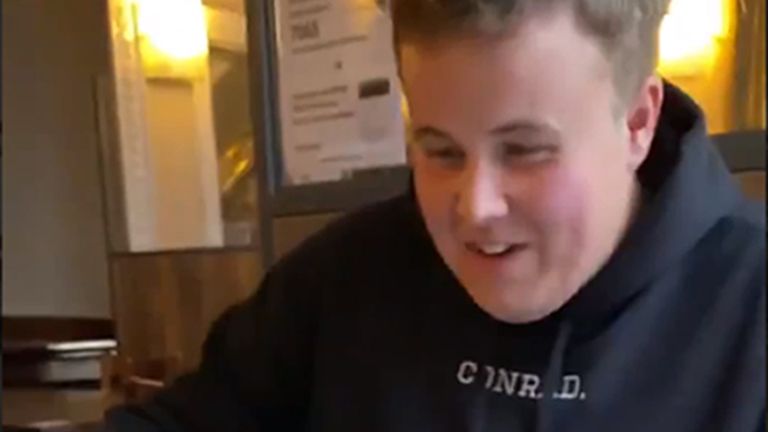 Mr Dietrich said the idea came about on the first day of the scheme, which offers diners money off their meal on certain days throughout August.

“I was having food with mates in a restaurant for a fiver,” he explained. “I had a bit of a weird feeling thinking this could be used to help someone much more than me.

“If you thought your 2020 was hard, imagine what it’s like for these people who have nowhere to go.”

The freelance sports reporter handed out meals to six or seven people – but stressed that the problem is “so much bigger than that”.

He said helping the homeless is even more important now because of the move towards card payments as a result of the coronavirus pandemic.

“I suddenly realised that you can’t use change any more, you can’t use cash, that’s something they depend on. You think of that disappearing out of their income, it’s heartbreaking and devastating,” he added. 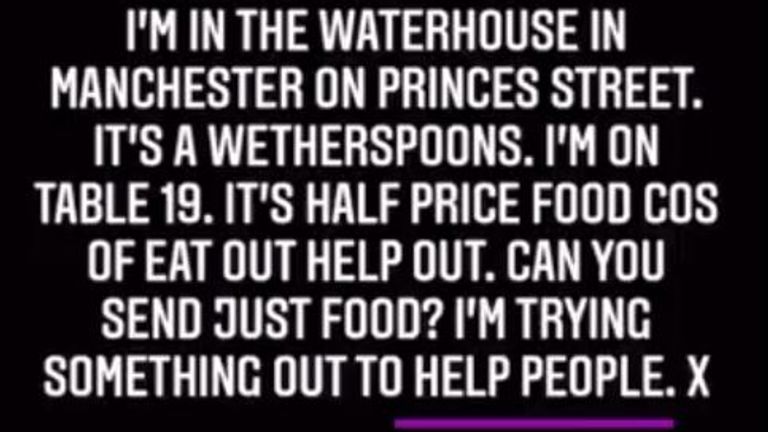 Mr Dietrich said he hopes his idea encourages others to do the same.

“So many people have got in touch saying next time they’d love to help and send food,” he said.

“We’d hopefully do it on a bigger scale if we were to do it again.”