Migrant crossings: 60% of people are from Albania says expert

The Government faces a 20-year-high of asylum applications – as people traffickers expose the UK’s lax borders by smuggling tens of thousands of people across the Channel. Home Office costs have soared by £756million from the £1.3billion spent in the year to June.

“Anyone travelling through safe countries to reach the UK should claim asylum there instead of giving money to criminal gangs.

“Our new plan for immigration, including our partnership with Rwanda, will fix the broken system, crack down on those who enter ­illegally and allow us to support those in genuine need.”

The official figures show that in 2011, the asylum system cost £567million. By 2018 – as the first migrants began arriving on small boats – the bill surged to £630million.

The record splurge coincides with the number of asylum seekers being given handouts surging past 100,000 for the first time.

The news comes after the Government made a deal with Albania to share intelligence after fears that crime bosses are bringing in recruits from the southern European nation to bolster their drug empires.

Alp Mehmet, chairman of Migration Watch UK, which campaigns for tougher border controls, said: “It’s all too clear that our system lends itself to exploitation. It takes months, if not years, to process asylum claims while claimants are accommodated and given spending money. 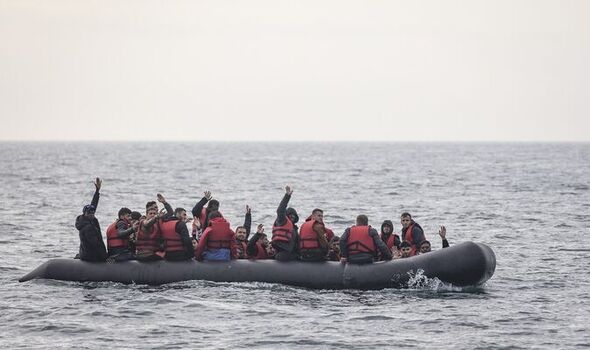 “This is in the knowledge that they will almost certainly never be removed, which encourages more to come.

“It’s a vicious and costly circle that both the Government and aspiring PMs have shown little sign of being able to solve.”

On Monday, a record 1,295 people arrived in the UK on a small boat. This broke the previous high of 1,185 in November.

Home Office officials are bracing for more than 60,000 Channel migrant arrivals this year – up from 28,000 last year.

There were 63,089 asylum ­applications in the 12 months to June, the highest in 19 years. But only 14,706 initial decisions on claims were made over that period.

There is now a backlog of more than 100,000 asylum cases, and just 6,910 people who arrived on small boats have had an ­initial asylum decision since 2018.

Officials privately admit they cannot keep up with the surging demand. Channel migrants are arriving “well-schooled and briefed” in how to bring a successful claim, including by lodging claims that they are victims of modern slavery, sources claimed.

The Home Office yesterday revealed almost one in five arrivals this year are from Albania – with the vast majority coming in recent weeks.

The National Crime Agency and regional organised crime units think Albanian gangs – which control the majority of the UK’s cocaine networks – are increasing their stranglehold by bringing foot soldiers across the Channel. And this newspaper understands the threat from Albanian organised crime gangs is “also rising up the security service’s list” of priorities.

Whitehall officials yesterday revealed “a number of gangs” are “heavily involved in the small boat route”.

Around 6,000 Albanians arrived in the UK this year, with up to 60 per cent of arrivals now thought to be from the Balkan state.

Senior officers from Tirana will be based in Dover to observe migrant arrivals and pass on intelligence. Lucy Moreton, from the ISU union which represents Border Force officers, said:

“Members report the working hypothesis that the recent increases in Albanians is to replace those who have been arrested, imprisoned and/or deported as a result of increased police activity in the organised crime sphere.”

The Home Office has revealed Albanians arriving on small boats will be “fast-tracked” for deportation.

Officials said 53 per cent of Albanian asylum applications are granted while asylum seekers from Afghanistan, Eritrea, Syria and Sudan are successful in more than 90 per cent of cases.

The Home Office figures also show there were just over 5,000 applications for asylum from Afghans in the year to June 2022.

Afghans were the fourth most common nationality applying for asylum, after Iranians, Iraqis and Albanians. 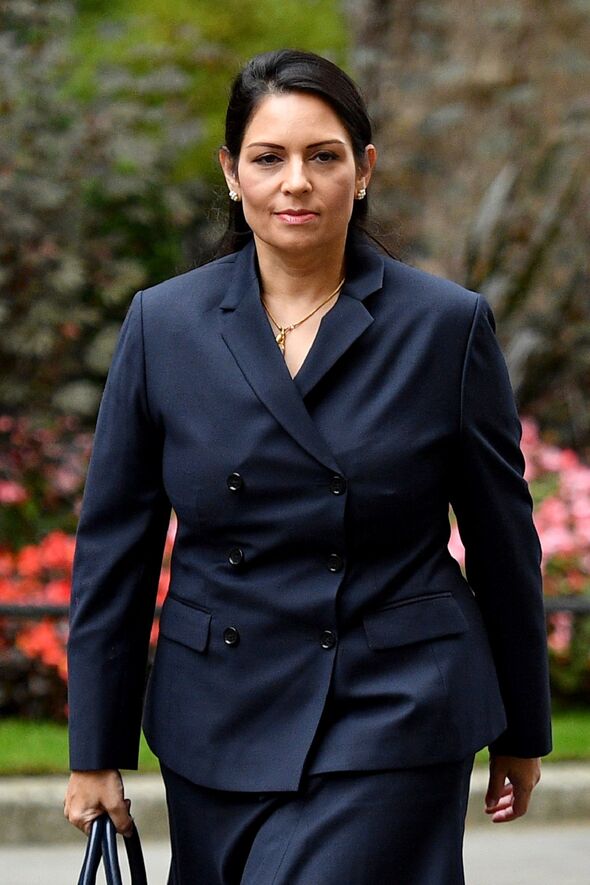 Home Secretary Priti Patel said she is “incredibly proud” that nearly 21,500 people, including Britons, have been brought to safety from Afghanistan after the Taliban took over.

She said: “One year on, our work to help Afghans resettled in the UK has not stopped – there are still weekly flights, our ­resettlement schemes remain open and we will be welcoming thousands more people to our country.”

He said: “The fact that more than three-quarters of men, women and children are recognised as refugees is a stark reminder that we are ­living through a time of terrible global conflicts which is seeing many people in need of protection.”

Ruling through extreme levels of violence, the gangs deal directly with cartels in South America and control all channels of Britain’s cocaine trade until it is sold on the street.

The UK is the biggest consumer of cocaine in Europe. And in a break from the established order, Albanian gangs have connections at every stage of the importation process – from source countries such as Colombia, to mainland Europe where it is shipped and then to the UK where it is sold. Albanian overlords often deal directly with the Colombian cartels to increase profits – cutting out the middle-men.

Intelligence has revealed they have been procuring cocaine from the cartels for between £4,000 and £5,500 a kilo.

Meanwhile, their rivals thought they were getting a decent deal using Dutch wholesalers selling at £22,500 a kilo. The Albanian gangs have also increased the purity and forced out the opposition.

The drugs are imported into the Balkan states before being transported across Europe. Some direct shipments to the UK exist, but most often the drugs are sent via ports in Rotterdam and Antwerp. The gangs are so dominant that they control the cocaine market until it is sold at street level.

The heroin trade is more fractured, with Pakistani and Turkish groups the main importers and distributors. But in the North West, UK gangs remain dominant in bulk importation and wholesale supply.

Ruthless people traffickers are offering desperate migrants child and disabled “discounts” to up their profits.

Sources told yesterday how they offer different levels of crossings, ranging from more private “high-end” journeys, to cheaper “seats” on unseaworthy boats where people are crammed like sardines.

Prices for journeys vary, sources say, with some smugglers charging as much as £10,000.

Adverts are appearing on social media sites, such as TikTok, offering crossings for as little as £2,000.

They also offer “sales” when they establish successful routes from northern France to the UK – and increase prices if police successfully disrupt their operations.

Officials believe an average of 44 people are being packed on to boats – up from 28 last year.

One source said: “The boats are becoming less safe and more dangerous. It is remarkable that we have not had any horrendous incidents this year in the English Channel.”

Home Office figures revealed yesterday that 4,321 children crossed the Channel. In the year to June, 1,866 arrived.

The majority of people crammed onto the boats are young men, with 3,477 arrivals in the year to June aged between 18 and 24.

Another 4,606 men aged between 25 and 39 have arrived in the UK on small boats this year. Meanwhile, there has been increased speculation that prices for crossings are falling as gangs compete against each other for business.

The Daily Express understands smugglers adjust their prices much like any traditional company.

Sources have told how, when police shut down one route, the fees then increase.

But if routes are successful, there is a steady stream of migrants attempting to cross, and boats available, they will offer “fire sales”.

The Home Office report said “The number of Albanians arriving on small boats has increased substantially over the last quarter.

“Prior to this point, Albanians were not commonly detected on small boats.”

Unlike asylum seekers from countries such as Afghanistan, Iran, Iraq or Syria – which are some of the biggest cohorts who arrive on small boats – Albanians are able to enjoy freedom of movement across Europe.

This, sources say, makes it far easier for them to cross the Continent.

Albanians will have their asylum applications fast-tracked and those with unsuccessful claims could be put on flights within weeks.

Claimants can be held in fast-track detention for 30 days.

Those who do not claim asylum could be removed in days.