Families who had gone months without a foreign holiday touched down to shorts and T-shirt weather at Malaga Airport with temperatures nearing the mid-70s. Several passengers on Ryanair flight FR7784 from London Luton, which arrived just before 11am, had been refused permission to board earlier planes due to land before Spain’s Covid veto on British tourists was removed at midnight. But any worries they had about a new setback were eased as they sailed through customs and walked into bright sunshine.

Vicky Ashton, 52, who had travelled to Malaga from Derby with husband Tony, 61, and her parents, said: “It feels fantastic to be here. I’d rather not have to quarantine but it’s a price I’m willing to pay.

“I think Boris Johnson should put Spain on the green list as soon as possible.”

Vicky’s developer dad John Blount, 77, travelling with wife Elaine, 75, added: “I’ve been coming to Spain for 40 years and this is my first trip here since last October.

“We tried to get on two Ryanair flights on Friday but were turned away even though the second one would have seen us land in Portugal to drive across the border. We booked today’s flight hours after the Spanish announced they were opening up. It feels wonderful being back.”

Sarah Dickinson, 22, from Barnsley, South Yorks, was jetting in with boyfriend Jake Dougherty, 28. She said: “Jake’s got a one-way ticket because he wants to stay around and look for work. I’m here on holiday for a week and am then going back. 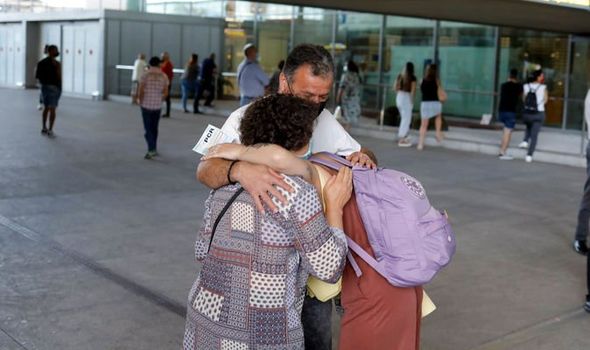 “This is my first foreign holiday for eight months. I want to soak up the sunshine, hit the beach and generally have a good time.

“I’ll deal with the quarantine when I get back to the UK.”

Janean Holbrook, 50, from Norwich, Norfolk, flying in with husband Rory, 58, said: “We’ve been desperate to come.We have a holiday place in Fuengirola that suffered flood damage. We’ve had to entrust people with keys we don’t really know and haven’t been able to supervise the work. We tried to come out last night but they wouldn’t let us on because the flight was touching down before midnight so we ended up having to re-book.”

“It’s been a nightmare year for business. Our clientele was traditionally mostly British but with the holidaymakers gone, we’ve been serving more Spaniards as well as Scandinavians.” 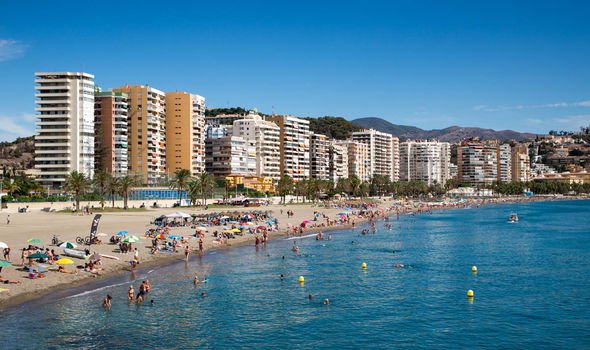 Sue Charlton, the Doncaster-born manageress of The Magpie Bar, also in Fuengirola, added: “My boss is getting messages from Brit holiday home owners saying they’re booking flights in the next few days. We’ll be waiting for them with a cold pint and good homemade food.”

Retired insurance broker Nigel Wilson, 67, from Poole, Dorset, travelling with wife Wendy Bartlett, said: “We have a holiday home near Marbella. We went back to the UK on February 14 and were planning on coming back in April but couldn’t.

“We tried to fly out last Thursday but were stopped from boarding the plane even though we had paperwork showing the purchase of another property. There were no problems today.

“We’re here for five weeks and we’ve factored in the possibility of quarantine when we get back.

“If Spain is put on the UK’s green list in the meantime which hopefully it will then we may stay a bit longer.”