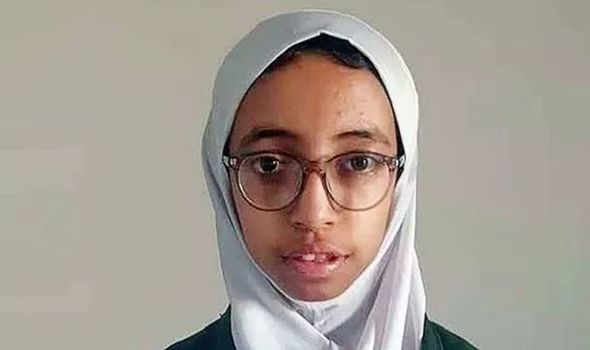 Others were plagued with headaches and sore throats in the 48 hours leading to Fatiha Sabrin’s death. She was rushed to hospital after being found unresponsive at her home but was pronounced dead shortly afterwards.

It is understood other people were treated in hospital from the effects of inhaling noxious fumes including Fatiha’s mother and younger brother.

The block in Shadwell, east London, was evacuated while fire fighters in protective suits searched it.

They discovered a quantity of chemicals used for pest control.

Scotland Yard said in a statement that Fatiha’s death was being treated as “unexplained”.

An investigation into how the chemicals got into the building is “ongoing”, they added.

Emergency workers were called at around 4pm on Saturday. Other residents of the building reported feeling unwell, and a full evacuation took place.

Toni Santos Babi, who lives in the block, said: “I and my flatmates smelled a strange smell in our flat, and I had a headache, and they had a cough and throat ache for two days.

Around 5pm, firefighters came into my flat to measure levels of some chemicals and they found a higher number in the toilet.”

Some residents complained about smelling noxious fumes when the central heating came on. Meanwhile neighbours and friends paid tribute to Fatiha, calling her a “wonderful and smart” girl. Family friend Sabbir Ahmad said her father was on a business trip to Bangladesh when she died and he has been stuck at an airport since.

Sabbir added: “She was a very bright girl. She told me she wanted to be a doctor and wanted to make something very good of her life.

“She was also a great writer, she had received awards for her writing skills.”

Scotland Yard said: “A special post-mortem examination will be scheduled in due course.”