Critics say HS2, a $140 billion project sold as a green alternative to planes and cars, makes less sense than ever in a world where people work from home. 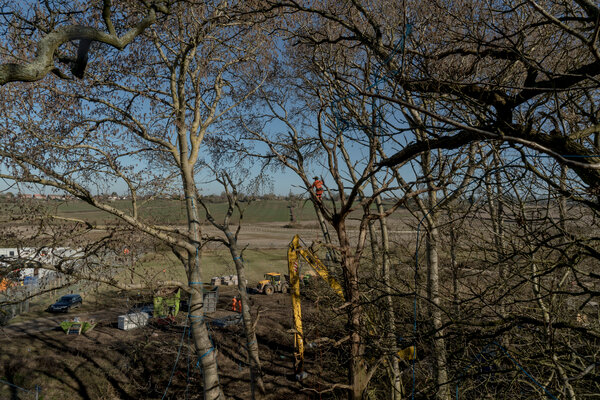 STEEPLE CLAYDON, England — A chorus of bird song gives way to the roar of a chain saw and then the creaking and splintering of timber. A 50-foot tree sways, wobbles and finally crashes to the ground, while protesters shout and jeer.

The construction of the British government’s largest public works project — a high-speed rail line known as HS2 — has long been promoted as helping to save the environment. But it is under growing challenge from those who accuse it of doing the exact opposite.

They have waged a mostly fruitless fight against the project, a grand scheme to cut air and road travel by connecting the north of England to the more prosperous south with trains traveling at up to 225 miles per hour.

Now, with the pandemic prompting a surge in working from home and a slump in train travel, the opponents believe the argument is finally tilting their way, eroding the already shaky rationale for an effort that could cost more than $140 billion.

They include not just the hardened, young eco-warriors who camp among the trees near the ancient English wood of Steeple Claydon, hoping to stop construction, but also people like Clive Higgins, 71, the owner of a stretch of land in the path of the project, and a member of Prime Minister Boris Johnson’s Conservative Party. He said his generation was raised not to show emotion, but it was impossible when woodlands were torn apart.

“There are times when I crawl into a corner and cry,” Mr. Higgins said.

Tom Burke, a veteran environmental activist, formerly supported the rail line, which has been projected to appeal primarily to business travelers. Now he opposes it, citing the carbon footprint of the construction work itself, the threat to biodiversity and the pandemic-altered world. 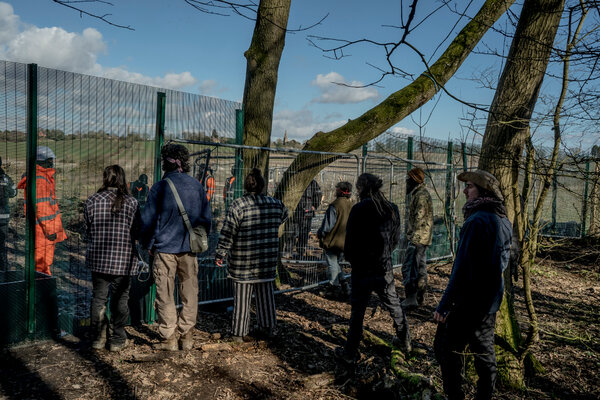 “We are not going back to the same volume of travel on trains, people are not going to go back to work in the way they used to work,” said Mr. Burke, chairman of E3G, an environmental think tank.

The rail line would free up space on the current, creaking rail network, much of it dating from the 19th century, and it has the support of Mr. Johnson. He is a fan of prestige infrastructure projects and says he wants to spread prosperity to the north. Jobs are also at stake; at its peak the work promises to create 30,000.

But opponents dismiss it as a vanity scheme that, with the pandemic already requiring enormous spending, the country cannot afford. The money would be better spent, they say, on health or education, or on improving existing railroads linking northern cities to each other, rather than to London.