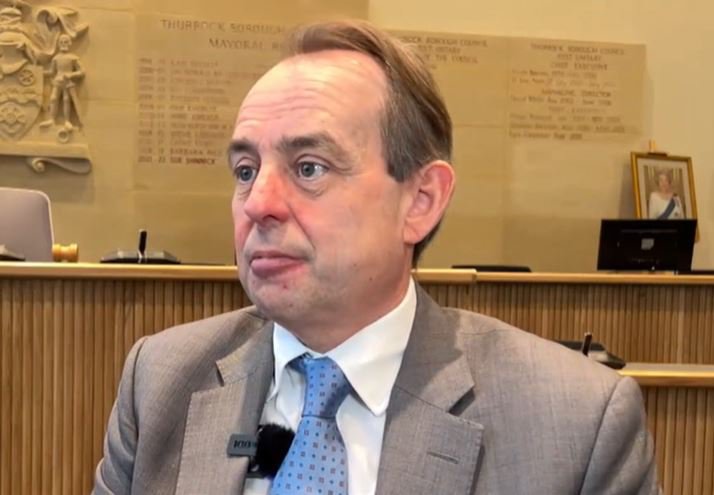 A Conservative council has said it will not make any ‘non-essential’ spending after they found themselves £469,000,0000 in debt.

Thurrock Council in Essex has declared itself in financial distress and issued a section 114 notice.

A section 114 notice means a local authority is in financial distress, cannot balance its budget, and is effectively bankrupt.

They are now seeking help from the government after a number of leaders have resigned.

Conservative leader Mark Coxshall said: ‘Today is a very worrying day but I see this as the start of our recovery.

‘Now we must look forward at how we can make a bright future for Thurrock.

‘I am absolutely determined to make that happen with tough decisions and working with all our council’s staff to do the right thing to get this council back on its feet.’

In 2018, the council were accused of having ‘an extreme appetite for risk’ after they provided £655 million to companies via bonds which included the purchasing of 53 solar farms.

Two years later the government said it was intervening because of the ‘serious financial situation’, and appointed Essex County Council to oversee any new spending.

The council’s financial shortfall is one of the largest ever reported by a UK local authority.

‘This disaster has been made and delivered by Thurrock Conservatives and it’s high time they accept responsibility for their actions and resign.’ he said.

Mr Coxshall however said ‘residents and staff should feel safe’ knowing that essential services such as street lighting, road gritting and social care would continue.

A full council meeting is scheduled for January next year.