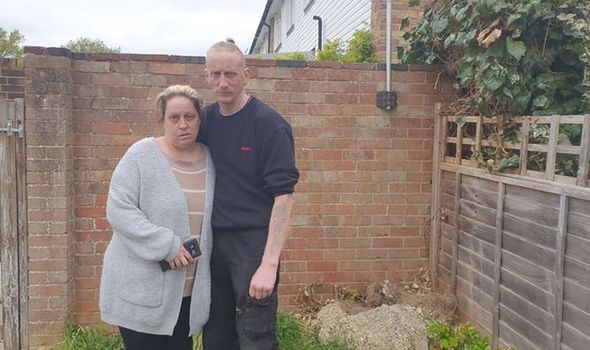 Shaun and Hayley Cottis, both 43, claimed they were encouraged to borrow money for a property they couldn’t afford. They took out a loan for the deposit for a four-bedroom home two years ago but now claim they’ve been left in rent arrears.

My entire life I’ve been doing everything right, getting up and going to work, and I have nothing to show for it

The couple were given a debt relief order and an individual voluntary arrangement which has affected their credit rating and left them unable to rent privately, Kent Live reports.

To add insult to injury, the pair also claim the council told them that because they voluntarily left the property, they had made themselves “intentionally homeless” so they could not help.

Shaun said: “My entire life I’ve been doing everything right, getting up and going to work, and I have nothing to show for it.

“We’re not trying to abuse the system.”

During this time, the couple spent the whole of the first lockdown living in their car with their youngest child; 16-year-old Eaily.

The couple’s older children were able to take out a loan for a property together but Hayley and Shaun were told Eaily would be placed in care if they were unable to find a house, so he moved in with his older siblings and has not lived with his parents since.

“He’s virtually sick every morning he’s not with us,” Shaun said.

Both parents and their youngest son suffer from severe anxiety and depression as a result of their circumstances, and more recently Hayley developed Bell’s Palsy due to the stress.

The pair were put into emergency accommodation in a motel after Hayley became ill but fear they will be homeless again once she is deemed well enough to leave.

Hayley said: “We feel worthless, we just want somewhere to be able to cook, to wash, and to sleep.

“It’s only our children that are keeping us here.”

Reverend Tim Saiet of St. John’s Church in Hildenborough launched a community appeal to put the pair up in a Travelodge over Christmas.

The community raised more than £2000, which meant they could spend Christmas with their youngest son and were able to put their car in for an MOT. 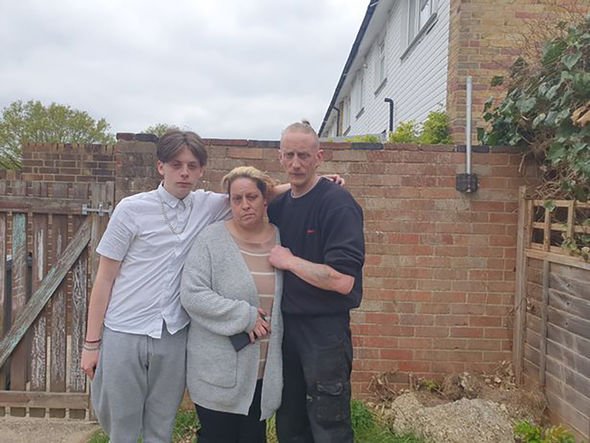 Reverend Saiet said: “Shaun is a hard-working guy and so polite, he was ashamed, genuinely embarrassed of their situation.

“He’s not someone who wants to live off the state, he wants to work and provide for his family.

“I get a lot of people spinning me lots of stories but in their case I genuinely believe everything they’ve said.”

The reverend contacted the council, Citizen’s Advice and local MP, Tom Tugendhat, on the Cottis’ behalf, but was told there was nothing they could do.

He said: “I can understand that they have legislation but sometimes common sense has to prevail.

“If you put certain people in accommodation, you have to include their ability to afford to live there with the benefits they receive, and if the benefits won’t cover this, the blessing starts to become a curse.”

He stressed the need for urgency when it comes to situations like the Cottis’ and suggested the council set up a hotline to allow clergy to contact them directly.

The couple were living in Hadlow, Kent, with their four children in 2019 when they received a Section 21 eviction notice because the landlord wanted the property back.

Tonbridge and Malling Borough Council, controlled by the Conservatives, found them a house in the Golden Green area but despite saying they couldn’t afford the £1400 monthly rent, the Cottis’ claim they were forced to take it, leaving them in rent arrears.

Eleanor Hoyle, Director of Planning, Housing and Environmental Health for the council said: “We recognise the distress that situations like this cause families and have been working with Mr and Mrs Cottis over the last two years to help find them a home, including providing temporary accommodation on two previous occasions while assessing their case and are currently providing them with a place to live.

“We are also trying to provide them with further help through our partners who specialise in supporting homeless families, though we understand they have declined this offer.

“While we do all we can for families in this situation, demand for affordable housing far exceeds the number of homes available.”

Hayley and Shaun have worked with Kent homeless charity Porchlight to try and resolve the issue but said they were also told there is nothing the council can do.