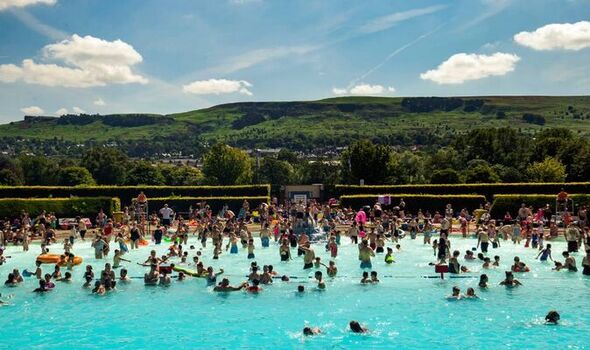 But instead, Bradford City Council chose to forge ahead with a Doggy Day at Ilkley Lido – with pets given free entry to the outdoor venue. Councillors have expressed concern about public safety with the fear that the animals could urinate and defecate in the water.

Lib Dem Jeanette Sunderland attacked the council’s Doggy Day due to be held this Sunday.

She said: “I’m sure it will be popular, but it’s a bad idea for dogs. Why would you want to put your dog in a chlorinated, freezing pool?”

But he added: “Don’t let swimming become an unaffordable luxury.”

Bradford was this week ranked eighth in the UK’s most unhealthy cities in an analysis of diet, fitness, alcohol use and smoking from National Office for Statistics figures.

Dogs will be able to swim in the lido for no charge – although each pet must be accompanied by an adult, who will have to pay £5.

A council spokesman said: “We are sure lots of dogs, and their owners, will have a great time. We have a strict set of rules for the day.”