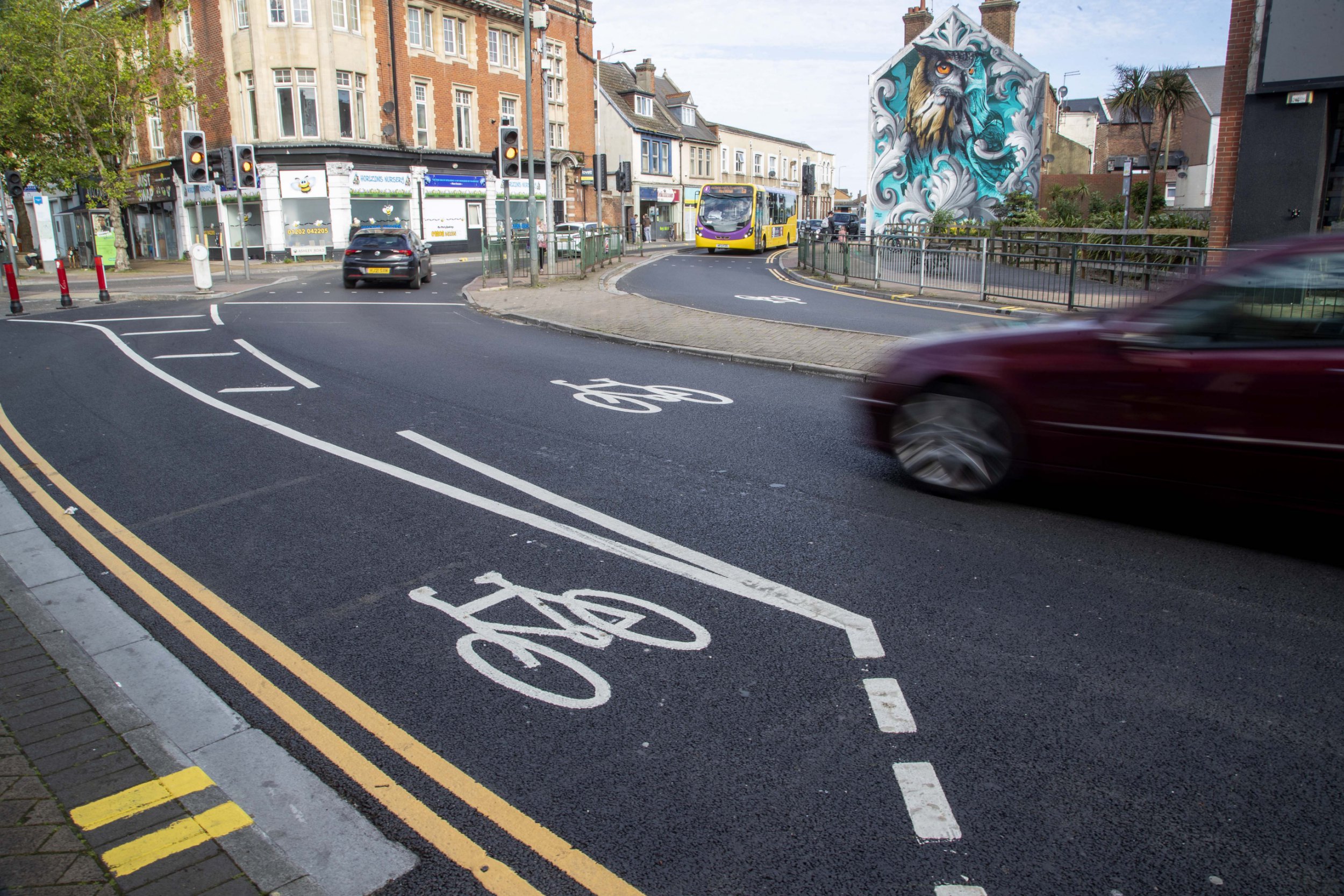 A council is encouraging cyclists to ignore a dedicated cycle path and take up more space on the main road instead.

Although cyclists have use of a 7ft wide bike lane alongside the A35 in Boscombe, Bournemouth, the council has painted large bike symbols in the middle of the busy road as well.

This is because the local authority wants cyclists to take a ‘more prominent position’ on the A35 so they can be seen by traffic.

A spokesperson for Bournemouth Christchurch and Poole (BCP) Council said: ‘We recently undertook carriageway resurfacing and have widened the cycle lanes in line with current standards.

‘The road markings highlighted are there to encourage cyclists to take a prominent position in the lane so therefore make them more visible to other motorists.’

However, the move has upset drivers who say the new markings not only make the bike lane redundant but encourage cyclists to think ‘they own the road’.

Steve Martin said: ‘You put cycle lanes in and then paint cycle symbols on main carriageway.

‘Cyclists now seem to think they own all the road and won’t move over.’

Rob Copson added: ‘So now they’re encouraged to not use the cycle lane right next to them then?’

Donna Clarke said: ‘It should be in the Highway Code that cyclists must use cycle lanes if available.

Nick Beck said: ‘If there’s a dedicated cycle lane, why are they being directed to cycle in the main carriageway?’

The cycle markings on the A35 are not the first time BCP Council has upset drivers.

Last year BCP Council caused controversy when it spent £102 million on two cycle lanes which motorists then claimed left them with no room to make way for emergency vehicles.

The new bike lanes are protected from traffic by 6 inch tall raised kerbs.

But drivers say the narrow road layout leaves them hemmed-in and with nowhere to go if an ambulance or fire engine needs to get past.

BCP Council declared a climate emergency in 2019, pledging to make all its operations carbon neutral by 2030.

On its website officials boast to have ‘improved the safety of cyclists and walkers at key transport locations using the £312,000 Government Emergency Active Travel grant.’

Following a survey of its staff, there has also been a decrease in them commuting to work as they prefer to work from home on the back of the pandemic.

In January changes in the Highway Code came into force that mean drivers must give priority to cyclists in certain situations.

The rule change urges drivers and motorcyclists not to cut across cyclists when turning into or out of a junction or changing direction or lane.

The new rules apply whether the cyclist ahead is using a cycle lane, a cycle track or simply riding on the road ahead.

The changes also allow cyclists to ride in the middle of quieter roads and ride two abreast.