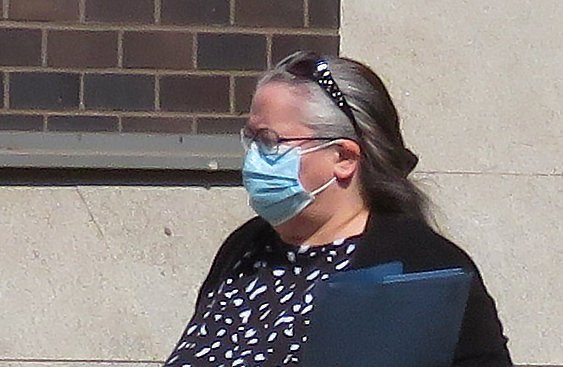 A council worker stole hundreds of thousands of pounds in benefits to blow on holidays abroad and private education by using a string of fake identities.

Lucy Parker, who is the wife of a senior official at the National Farmers’ Union, swindled nearly £275,000 over a six-year period.

For the ‘sophisticated’ scam, the 56-year-old posed as 19 different people to claim jobseeker’s allowance and universal credit.

She used bogus doctor’s letters and tenancy agreements and kept a stash of burner phones as contact numbers for her false identities, a court was told.

But Department for Work and Pensions investigators caught her after a Jobcentre worker noticed she had made claims in two different names.

Jailing her for two-and-a-half years, Judge Anthony Potter said: ‘This was not a moment of madness on your part, but sustained criminality over a period of many years.

‘You were someone who well knew the strain public services are always under, in particular at that time.

‘You were living, if not a luxurious lifestyle, a very comfortable one, you owned your home outright and your children were sent to public school.

‘Yours was sophisticated offending. It involved a good deal of thought and planning. It was a highly successful fraud, and it netted you a substantial sum of money.’

Prosecutor Jamie Scott said Parker made the fraudulent claims of just over £274,900 between April 2012 and August 2018.

Some of the false identities she used were of people she knew had moved abroad so they ‘would not be likely to have any contact with the benefit agency’, he said.

To support the use of their identities, she obtained birth and marriage certificates of real people.

Some of the addresses she provided turned out to be derelict buildings, Warwick crown court heard.

Parker was rumbled when she posed as Louise Clarke at a job centre where a member of staff recognised her as having made a claim in another name.

Her home was searched following an eight-month surveillance operation by DWP investigators.