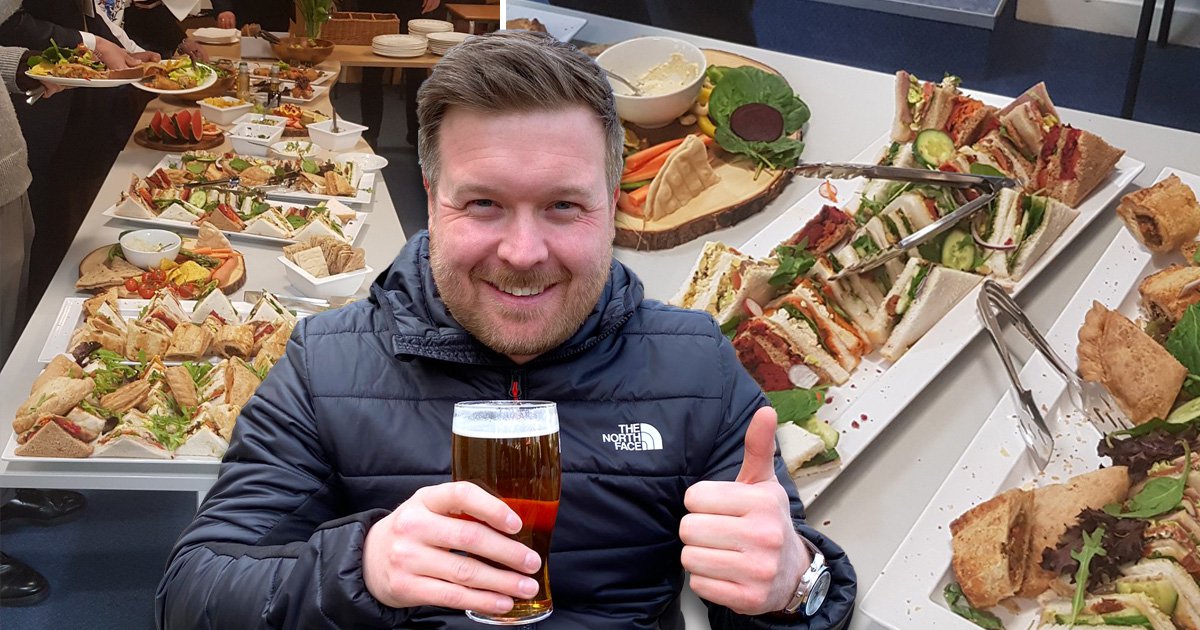 A group of councillors ditched a taxpayer-funded vegan buffet in favour of a pub lunch at Slug and Lettuce.

Liam Walker says he and around 15 of his colleagues snubbed the meat-free offering at Oxfordshire County Council earlier this week ‘on principle’.

The first council-catered meeting with a fully vegan offering took place on Tuesday but the lavish buffet received a mixed reaction.

Some loved the spread and tweeted their approval, while others boycotted the meal in favour of pub lunch and its meat options.

Mr Walker was among those to walk away from the vegan buffet, dubbing the fare a ‘waste of taxpayers’ money’.

‘I think this new alliance have completely misread the room,’ he said.

‘Now they are boasting on Twitter about a vegan taxpayer-funded buffet at council meetings.

‘I’m all for veganism but we live in a democracy so should have freedom of choice.

Mr Walker said he believed ‘free meals’ at the council meetings ‘should be scrapped’ and said neither he nor his colleagues would be claiming their pub lunch on expenses.

‘Taking a step back I don’t think we should serve councillors free food altogether,’ he said.

‘The fact that people this year have the difficult choice between eating and heating shows how out of touch it is.

‘As councillors, we are perfectly capable of arranging our own lunches.

‘This is a complete waste of money.

‘The coalition should be focused on tackling the serious issues in Oxfordshire like supporting the many residents struggling with food and heating bills.’

Mr Walker also hit out at the fact the council food was ‘clearly’ not locally sourced.

‘Last time I checked we don’t grow melons in Oxfordshire,’ he added.

‘Some saying it’s the best food that has ever been provided by the council. Thanks to officers for organising it. An absolute triumph!’

It said there were seven full council meetings a year at which elected officials were provided with food.

‘[Tuesday’s] meeting was the first since the policy was endorsed by cabinet in March,’ the council said.

‘Plans for future meetings have yet to be discussed and alternative suppliers may be explored.

‘The policy is framed by the need to tackle climate change, reduce food waste and support healthy eating in line with the county council being the local authority with responsibility for public health.’