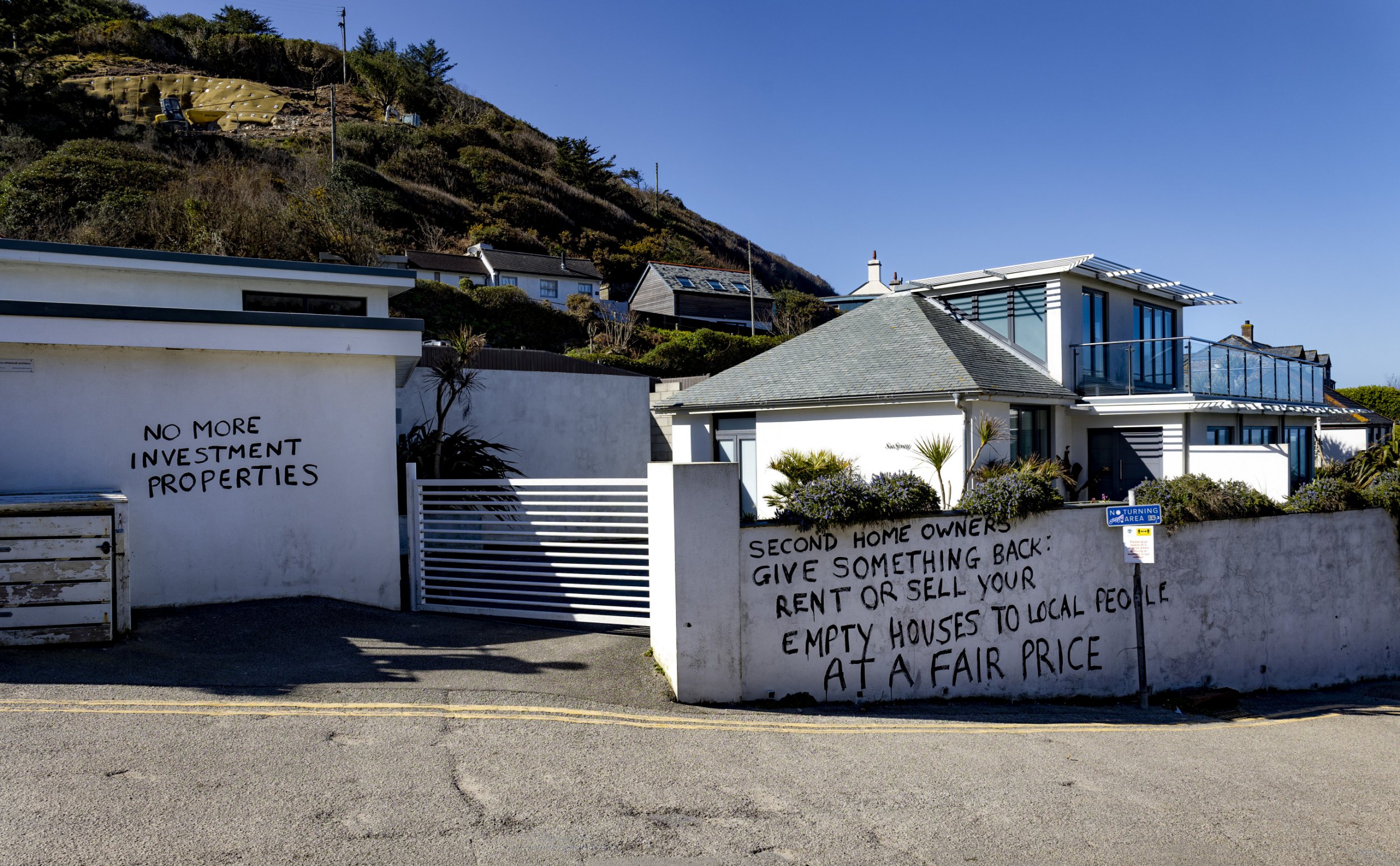 The government could hand new powers to councils allowing them to double tax on second and empty homes.

A host of new bills will be set out in the Queen’s Speech tomorrow and measures on housing are expected to be included.

The law change comes amid anger from communities in rural and coastal beauty spots where many properties are unused for most of the year.

There are estimated to be £2 billion worth of empty homes in Cornwall alone, according to estimates by estate agency Barrows and Forrester, with up to 40% of dwellings used as boltholes in sought after areas.

At a time of rising homelessness and the worst cost of living crisis in generations, the picturesque county has more than 7,000 empty properties.

Some were targeted by protesters earlier this year and daubed with graffiti.

A wall outside one holiday home in St Agnes read: ‘Second home owners give something back: Rent or sell your empty houses to local people at a fair price.’

The ‘discretionary’ powers will reportedly be included under the ‘levelling up’ bill set to be formally introduced tomorrow.

She said: ‘Second homes that stay empty for most of the year are increasingly becoming a real threat to the viability of so many communities across Cornwall, particularly given the housing crisis which has been exacerbated by international events, including the Covid-19 pandemic.’

Steve Double, MP for St Austell and Newquay, seemed to confirm the move, saying ‘these powers will allow local councils to use this levy to invest back direct into local services’.

Exemptions for genuine holiday lets ran as businesses are expected to be included.

Michael Gove has confirmed the Levelling Up and Regeneration Bill will give local leaders the ability to force landlords out of empty shops in a bid to rejuvenate the high street.

The communities secretary said: ‘By empowering local communities to rent out shops which have been sat empty for a year or longer, we will end the scourge of boarded up shops that have blighted some of our great towns across the country for far too long.’

Other measures set to be included are a ‘Brexit freedoms’ bill, measures on schools and further education funding, the introduction of a British Bill of Right and the privatisation of Channel 4.